J&K: Voting rights to non-locals a move to disempower natives?

The move has reignited anger in India's only Muslim-majority region 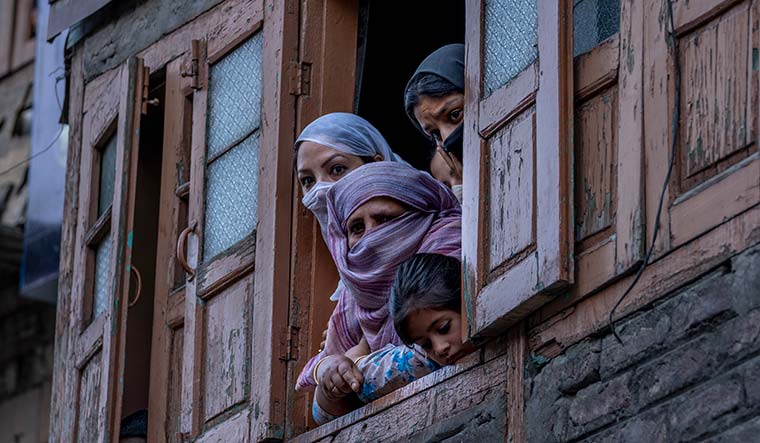 Fear in the air: The natives fear another attempt by the BJP to change J&K’s demography | AP

THE POLITICAL LANDSCAPE of Jammu and Kashmir is about to undergo a massive change. Non-locals, including armed forces personnel, public and private sector employees, students and migrant labourers, can now vote in the assembly elections in the Union territory. Announcing the change on August 17, Chief Electoral Officer Hirdesh Kumar said a domicile certificate was no longer needed for a person to become a voter, as the Representation of the People Act, 1951, had become applicable to J&K after the abrogation of Article 370 of the Constitution.

J&K has 98 lakh adults and 76 lakh voters, he noted. “We are expecting an addition of 20 to 25 lakh new voters in the final list,’’ he said. Political observers said that a 30 per cent increase in the number of voters would be unprecedented and would alter the Union territory’s political and demographic landscape to the detriment of natives. The move to include non-locals in the voter list has reignited anger in J&K, the only Muslim-majority region in the country.

Former J&K chief minister Omar Abdullah of the National Conference wondered if the BJP was so insecure that it had to import temporary voters to win seats. “None of these things will help the BJP when the people of J&K get a chance to exercise their franchise,” he said.

Former chief minister Mehbooba Mufti of the Peoples Democratic Party said the announcement was the last nail in the coffin of electoral democracy. She said the decision to defer polls in J&K was preceded by egregious gerrymandering. “Now, allowing non-locals to vote is to influence election results,” she said. “The aim is to continue ruling J&K with an iron fist to disempower natives.”

Mehbooba discussed the matter with National Conference president Farooq Abdullah, who heads the six-party People’s Alliance for Gupkar Declaration, which seeks restoration of Article 370 and statehood to J&K. Later, he called an all-party meeting to discuss the fallout of the development and how to counter it.

After the meeting on August 21, Farooq said there was a unanimous agreement that granting voting rights to non-locals was unacceptable and that the alliance would go to court if needed. “Today, 25 lakh non-locals are being given voting rights,” he said. “Tomorrow it will be 50 lakh or one crore.” He said it would lead to the legislative assembly being controlled by outsiders.

“I wonder why J&K was chosen for this,’’ he said. “There must be some motive.” He plans to invite leaders of national parties to Srinagar or Jammu in September for a briefing. Besides the National Conference and the PDP, the Congress, the left parties, the Awami National Conference, the Shiv Sena, the Janata Dal (United) and the Akali Dal attended the all-party meeting on August 21. The Peoples Conference, led by Sajjad Gani Lone, and Altaf Bukhari’s Apni Party, both of which are not part of the Gupkar alliance, stayed away.

However, Lone also opposed voting rights to non-locals. He likened it to the rigged elections of 1987 that triggered militancy in Kashmir. “This is dangerous,” he said. “I do not know what they want to achieve.” He said democracy was a relic, especially in Kashmir. “Please remember 1987,” he said. “We are yet to recover from that. This will be disastrous.”

M.Y. Tarigami, a senior leader of the Communist Party of India (Marxist), said the Union government, in the absence of any representative government in J&K, had been exercising undiluted bureaucratic control in the region since June 2018. Rajani Patil, Congress leader in charge of J&K, said it was illegal to grant non-locals voting rights. “We will fight the issue legally,” she said.

Chowdhary Lal Singh, former minister and leader of Jammu-based Dogra Swabhiman Sangathan Party, said outsiders were already occupying most businesses and jobs, as well as much of the land, in Jammu. “Giving voting rights to outsiders is an attempt to disempower the people,” he said. “I appeal to the prime minister to declare Jammu a separate state and give protection to land, jobs and identity under Article 371.”

Following the backlash, the government advertised a clarification in local newspapers. It said a revision of the electoral rolls had led to the “misrepresentation of facts by vested interests”. “This revision of electoral rolls will cover existing residents of the Union territory of Jammu and Kashmir and the increase in numbers will be of voters who have attained the age of 18 years as of October 1, 2022, or earlier,” it said. But the clarification did not specify whether outsiders without a domicile certificate could register. 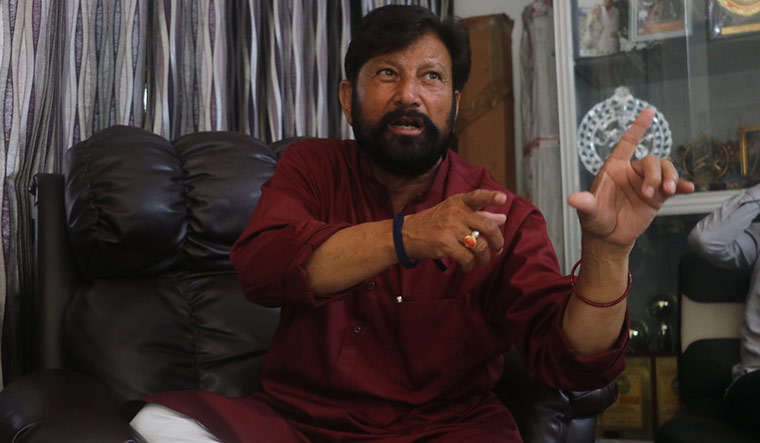 Congress spokesperson Deepika Singh Rajawat, who is a legal expert, said the move was a misinterpretation of the Representation of the People Act. After Article 370’s abrogation, she said, a person was entitled to domicile in J&K after 15 years of residency, but, under the new policy, a temporary resident could also get voting rights. “To my knowledge, there is no such provision in the Act,” she said. “Let the government publish the names of those who have deleted their names from the voting list at their native places to register as a voter in J&K, and on what grounds.” She warned that a volcano was simmering in J&K as a result of the move.

The BJP has defended voting rights to non-locals. Its J&K president Ravinder Raina asked why the National Conference, the PDP and the Congress were troubled by the idea of Gorkhas, Valmikis and refugees getting the right to vote. He said nobody objected to the many J&K natives who were working and living in other states and had bought property. “Why should non-locals be denied such rights in J&K? Ghulam Nabi Azad and Mufti Muhammad Sayeed contested polls outside Kashmir; nobody opposed them,” he said.

The granting of voting rights to non-locals comes after the controversial delimitation exercise, which caused an uproar in Kashmir because the less populated Jammu got six additional seats, while Kashmir got only one additional seat. This means a 4 per cent increase in the seat share of Hindu-majority Jammu in the 90-member assembly and a 3.4 per cent decrease in that of Kashmir. The delimitation reduces the chance of Muslim representation in the assembly from Jammu because of the way boundaries have been rearranged in Muslim-majority regions. For example, in Chenab Valley, seats have been increased from six to eight. According to PDP leader Firdous Tak, before delimitation, five of the six seats had a Muslim majority. Now, five of the eight will have a Hindu majority.

The Delimitation Commission also recommended nominating two Kashmiri Pandits to the assembly with voting rights and asked the government to consider giving representation in the assembly to Pakistan-occupied Jammu and Kashmir (POJK)—24 seats are officially kept vacant for the constituencies in POJK. There is a high chance of the Union government accepting the recommendations. This will also benefit the BJP and increase its political heft to counter the regional parties.

Voting rights to non-locals will, however, have far-reaching consequences not only for the politics and demography of J&K but also for its security. There are fears that militants will intensify their attacks on non-locals in Kashmir, most of whom work during the summer months and leave before winter.