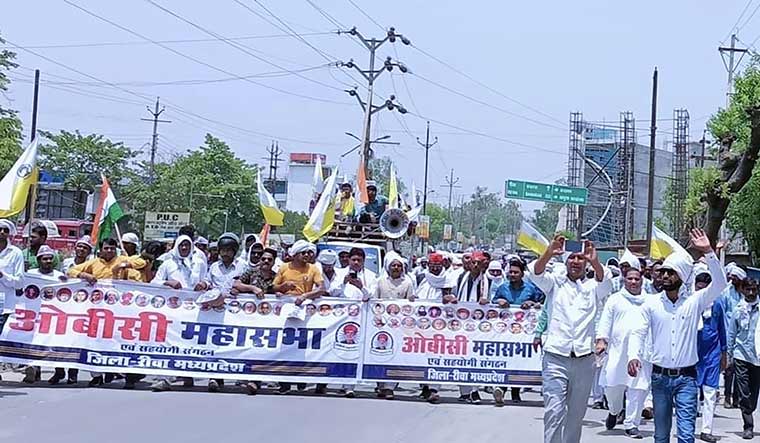 Pressure point: A protest march by the OBC Mahasabha and supporting organisations.

The rainy evening of July 20 witnessed a rare post-poll scenario in Madhya Pradesh as celebrations erupted simultaneously at the BJP and Congress headquarters in Bhopal, situated within 3km of each other. The ruling BJP claimed that it swept the local body polls, winning up to 90 per cent of the seats (at ward level) and nine of the 16 mayoral posts. The Congress said the BJP actually suffered a big setback, losing seven mayor posts, including those in cities like Gwalior and Jabalpur, which the saffron party had won in the 2014-15 polls. Five of those seats were won by the Congress; the Aam Aadmi Party took Singrauli and an independent won Katni. The Congress lost two mayoral seats (Burhanpur and Ujjain) by wafer-thin margins.

The BJP said the “historic win” was a big show of faith by the voters in its leadership and its development policies. The Congress countered that the big losses demonstrated that the people were turning back to the Congress.

Political watchers felt that the BJP would have to introspect about its losses, especially in the mayor posts, while the Congress needed to assess the obvious lack of support at the urban ward levels. Both parties, in the view of analysts, would have to seriously consider the sudden emergence of the OBCs (Other Backward Classes) as a separate sociopolitical group or a “vote base”. The simmering resentment of the OBCs on the quota issue might have served as an undercurrent in the polls, especially precipitating losses for the BJP in urban areas.

The OBCs seem to have the potential to seriously impact the 2023 assembly elections if their demands—especially that of political, academic and job quotas—are not taken seriously. The threat is more alarming for the BJP, as the OBCs are, in general, considered close to the party. “The BJP tried to reach an understanding with the OBCs before the polls, but could not douse the resentment completely,” said political analyst Ravindra Jain. Another analyst Manish Dixit said while the BJP might continue to woo the scheduled caste and scheduled tribe voters, the party could not afford to take the OBC voters for granted. “The BJP suffered setbacks in the mayoral polls in big cities, despite being considered as a party with a strong urban base. A significant chunk of the OBC voters were not very happy,” said Dixit.

The BJP and the Congress, however, dismissed the argument. But it might not be easy for them to ignore the numerically significant OBCs. The OBC Mahasabha, a Madhya Pradesh-based group with a pan-India network, seems ready to take on both parties. The group made its electoral debut by contesting a few seats in the panchayat polls and managed to win several of them. Dharmendra Kushwaha, core group member of the group, told THE WEEK that its electoral debut, which damaged the prospects of several candidates supported by the two major parties, especially the ruling BJP, was just a trailer of what could happen in the assembly polls. “The political parties should ignore us at their own peril,” he said.

OBCs constitute about 48 per cent of the state’s voters (as per the recent report of the MP Backward Classes Welfare Commission submitted to the Supreme Court). They include about 64 different Hindu communities, apart from the scheduled castes who converted to Christianity and Islam. Over the past two decades, the OBCs were thought to be aligned with the BJP. The fact that all three BJP chief ministers of the state since 2003 (Uma Bharti, Babulal Gaur and incumbent Shivraj Singh Chouhan) were OBCs speaks volumes about the importance of the group. 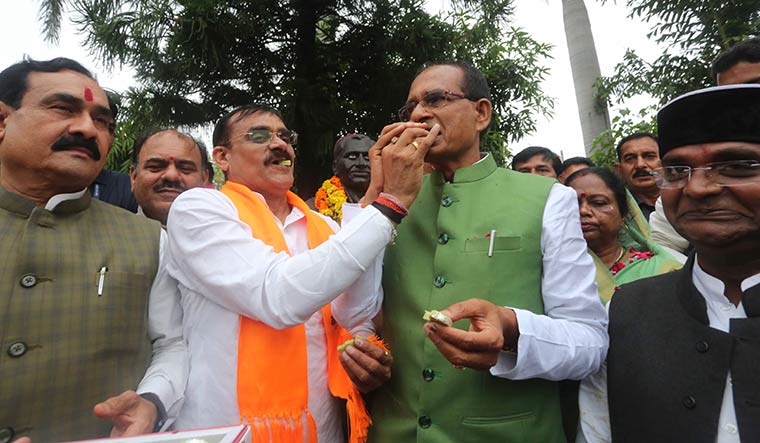 In these two decades, the BJP did not have to make any special effort to woo the OBCs and probably never considered them a vote base in the social engineering sense, though powerful communities like the Lodhi, Kirar, Patel, Gurjar, Kalar and Meena were always given extra attention.

However, the sudden change in the scenario over the past year has underlined the importance of keeping OBCs in good humour ahead of the 2023 polls. This is more so because Muslims constitute only 6.5 per cent of Madhya Pradesh voters and a divisive communal agenda might not work as it did in other states like Uttar Pradesh. Therefore, much depends on social engineering within the Hindu vote base.

The OBC factor in Madhya Pradesh emerged suddenly in mid-2021 around the time when the BJP, following the coup that ousted the Kamal Nath-led Congress government, started to focus on gaining back its lost vote bank. The party was working solicitously on wooing tribal voters after having lost 31 of 47 ST-reserved seats in 2018. 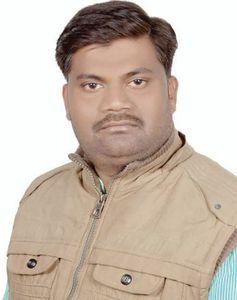 Having understood the importance of the crucial tribal votes, the BJP started out with a well-planned strategy for the 2023 polls. Tribal heroes suddenly took centre-stage, key places and institutions were named after them, the biggest faces of the BJP—Prime Minister Narendra Modi and Union Home Minister Amit Shah—participated in big tribal events in the state and Chouhan announced the long-pending implementation of PESA (Panchayats—Extension to Scheduled Areas—Act) rules.

But even as the saffron party focused on this crucial vote bank, the far bigger OBC groups started to grow restive over the lingering issue of 27 per cent quota in government jobs. The 15-month Congress government had made this provision through an ordinance, but the MP High Court almost immediately issued an interim stay order. While the Congress failed to do much legally in the matter when it was in the government, it decided to play up the issue after losing power. The party took up the matter in a big way in the 2021 monsoon session of the assembly, forcing adjournments.

The issue flared up unexpectedly with demands of a 27 per cent quota not only in government jobs, but also in academics and political representation. Chouhan responded by engaging a prominent legal team. However, since the matter was linked to a constitutional limit of 50 per cent total quota, reservation higher than 14 per cent did not look possible. The only way out was the inclusion of the provision in the ninth schedule of the Constitution, which contains a list of Central and state laws that cannot be challenged in courts. The BJP government, however, did not take any step towards this possibility, but kept on assuring the community that it was trying its best. It also highlighted the fact that the Union government had made provisions for a 27 per cent OBC quota in the Central pool of medical seats.

Even as the issue continued to fester, the MP government decided to conduct the long-pending panchayat polls and the schedule was announced in November 2021. However, the ordinance on rotation and delimitation of seats was challenged in the Supreme Court. On December 17, 2021, the court ordered a stay on OBC quota seats in the panchayat polls, saying that in many cases it exceeded 50 per cent of total reservation.

All hell broke loose as OBC organisations and the Congress launched huge protests. Considering the huge political ramifications, the government agreed to pass a unanimous resolution in the assembly that the polls would not be held without OBC quota. The panchayat polls scheduled for January-February 2021 were thus cancelled.

The government also initiated a process of fulfilling triple-test norms laid down by the apex court, including a detailed enumeration of OBC population/voters through the State OBC Welfare Commission. After some delay, the commission presented its report to the Supreme Court on May 6, presenting the data of 48 per cent voters and recommending a 35 per cent political quota. But on May 10, the court ruled that the commission’s report was incomplete and ordered the notification of both panchayats and urban local bodies’ polls, without OBC quota, within two weeks.

This sent the BJP government scampering. A review petition was filed in the Supreme Court and further detailed data was presented. Finally, on May 18, the apex court allowed OBC quota in the local body polls, but capped it at 50 per cent, which meant that the OBCs effectively got an average 14 per cent quota. The Chouhan government claimed this ‘reinstatement’ of OBC quota as a big win. But the Congress and the OBC organisations were quick to point out that the average 14 per cent quota was in place for the last three decades.

The OBC Mahasabha called for a bandh on May 21 to express its resentment. It put forth a list of demands including total implementation of Mandal Commission recommendations, reservation on 353 seats in Lok Sabha and similar representational quota in state assemblies, census for OBCs and consequent representational reservation in legislature, judiciary, executive as well as in private sector, doing away with creamy layer rules and immediate filling up of backlog of reserved posts in Central and state government recruitments.

Sensing the resentment, the Congress announced that it would give 27 per cent tickets in the urban local bodies’ polls to OBC candidates. The BJP said it would give more than 27 per cent. Also, in a surprise move, the BJP nominated an OBC woman (Kavita Patidar) and a dalit woman (Sumitra Valmiki) to the two available Rajya Sabha seats.

He said the OBC Mahasabha would hold a convention in Bhopal in August and issue an ultimatum to the government. “We have been taken for a ride for a long time. Neither the BJP, nor the Congress has done anything concrete for us,” said Kushwaha. “But since the BJP is in the government, we will be putting our demands before it and if those are not fulfilled, we will take necessary steps ahead of the 2023 assembly polls.”

Kushwaha said the BJP kept on harping that the party had given three consecutive OBC CMs, but asked what they had done for the OBCs. He also revealed that an OBC Rajya Sabha member was nominated from the state only after a letter was sent by the OBC Mahasabha to BJP president J.P. Nadda. “We also wrote to Congress interim president Sonia Gandhi, but the party ignored our demand,” said Kushwaha. “Both the parties will have to face the consequences in 2023, if they keep on with their attitude.”