People in border areas should not go to Myanmar: N. Biren Singh 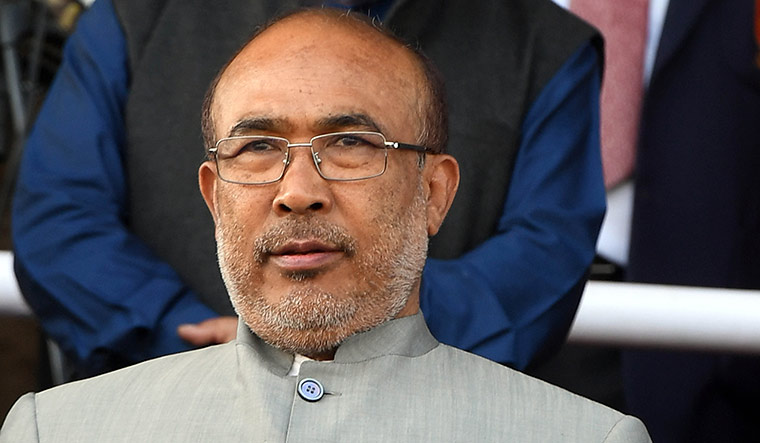 Q/ Two Tamils have been killed. What is the state doing about it?

A/This is very unfortunate. This was hardly expected from Myanmar, as they are a friendly country. But, at the same time, this is a bilateral issue.

Q/ Why do you say it is a bilateral issue?

A/Talks to prevent such incidents from happening in the future have to be carried out by the two governments. The external affairs ministry is dealing with the issue through the Indian embassy in Myanmar.

Q/ What have you done at a personal level?

A/I met victims, consoled the families. Also, we will do what needs to be done at the state government level. My ministry is engaged with the Central government on this. I cannot intervene in a bilateral issue.

Q/ There were reports of Myanmarese entering India.

A/A high number of intrusions have taken place. We have mostly land borders, so it is easy for intruders.

Q/ How are you tackling it?

A/The police and intelligence agencies are on the ground. We are carrying out checks across the border.

Q/ Have you intercepted anyone during these checks?

A/Yes, many people have been arrested. We arrested 80 Myanmarese from Churchandpur district recently.

Q/The actual number of intruders could be higher.

A/Yes, it would be several times higher; could be thousands of people. There is a massive influx into Manipur from the other side of the border. I have alerted the Central government on this.

Q/ What will be their fate?

A/They are eating our food and encroaching into our land. I cannot allow them to do that. Through the ministry of external affairs, each one of them would be sent back.

Q/ Recently, there was massive outrage over the fencing of the border. Your government had notified the Centre about it.

A/Yes, despite that the fencing has started. The home ministry said that the project has to be finished.

Q/ But there is dispute over the position of some border pillars, with some groups threatening to recruit suicide squads.

A/Leave that to me. I will never allow that to happen. I will firmly deal with that and would help the Central government to finish the fencing of the India-Myanmar border.

Q/ Given the situation, are you planning to close the border?

A/No, I would not ask to close the border.

Q/ But then the killings could continue.

A/No, I have ordered people living in border areas to not to go to Myanmar. Trade can continue, but people should not cross over and stay in Myanmar.

Q/ The killings have exposed the security on the border.

A/The Indian Army and the Assam Rifles are doing their best. The main reason for intrusion or for our people going to Myanmar side is that around 390km of our border is unfenced. Once that is done, most problems would be solved.