'I got affected as I was ignorant of the law': A.G. Perarivalan wants to be a lawyer 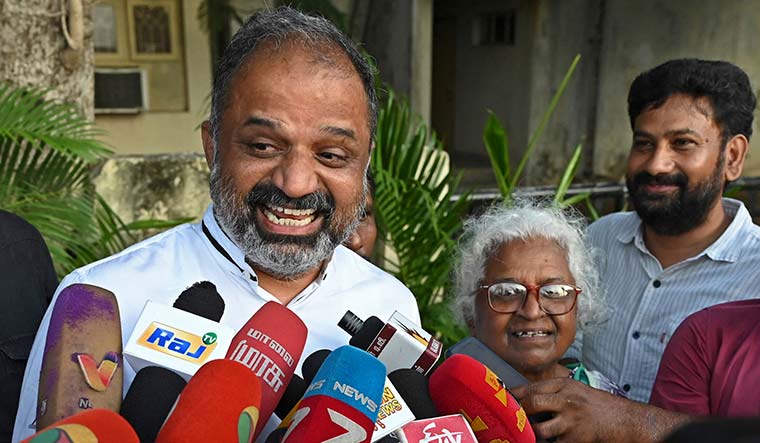 A.G. PERARIVALAN is finally back home, after having spent nearly 31 years behind bars. One of the seven convicts in the Rajiv Gandhi assassination case, he was initially sentenced to death; the Supreme Court later commuted it to life imprisonment. In March this year, he was granted bail and, on May 18, the Supreme Court ordered his early release.

Most of his time in prison was spent among books, educational and otherwise including Tamil and Russian literature. While in jail, Perarivalan also filed several petitions under the Right to Information Act, and review petitions in court. Following his long incarceration, he now wants to pursue a degree in law and work on prison reforms. But politics or social activism is of “no interest” to him, he tells THE WEEK. Excerpts:

Q/ You want to pursue a degree in law. Why?

A/ I will have to answer the question in depth. Ignorance can never be an excuse. The law doesn’t accept anyone’s ignorance (as innocence). And people like me get affected only when they are ignorant of law. That is how I understand it. If I had known the law and known that the eight-day custody (when he was first picked up) was an illegal custody, I would have got released then itself.

Next, on June 19, 1991, they (investigating agency) got an order in Chengalpattu for a 15-day remand. The then chief investigating officer, K. Raghothaman, got the order extended to 30 days from the same judge, opposing the 15-day remand order. It was equal to illegal detention. After 2000, lots of judgments in this regard have come out. Many things that are wrong as per the law I have faced during the 31 years of my prison life.

I should have known what the Terrorist and Disruptive Activities (Prevention) Act was and what a confession statement under TADA [means], and why we were asked to sign on blank papers. I asked one of my advocates about signing on papers before police officers, and he said that confession before police officer cannot be [counted as] evidence. Ours was the first case to [be booked under] TADA. No advocate in Tamil Nadu then had in-depth knowledge about TADA. Even the officer—V. Thiagarajan—who recorded my confession statement did not have an understanding about the act. The officer himself said that he never thought the case would go to the extent of death penalty and that my confession statement was only corroborative evidence. Everyone had a story to tell and I was affected because of it. So, I want to be a lawyer and practise law.

Q/ How was life in prison? How did you keep your confidence even when public opinion was against you?

A/ I always had confidence in myself because the truth was by my side. In this case, nothing was in the hands of those who were arrested or involved in the case. It was only in the hands of the Special Investigation Team that probed the case. There were only a few media houses then and even they did not take our opinion. Because a tall leader was killed, there was huge public resentment towards us. 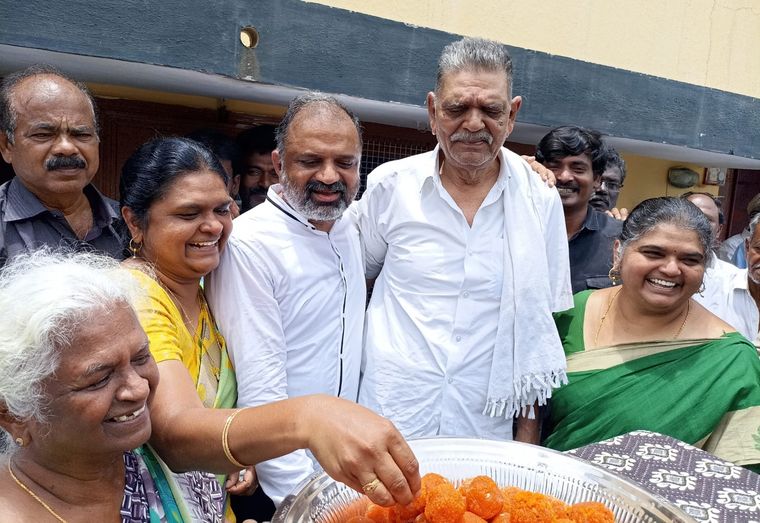 Only after I went to the Supreme Court in the MDMA case in 2016 did the opinion start changing [the Multi Disciplinary Monitoring Agency was constituted to look into the larger conspiracy behind Rajiv Gandhi’s assassination]. Senior advocate Rajeev Dhawan appeared on behalf of me in the Supreme Court. Justice L. Nageswara Rao and Justice Ranjan Gogoi first heard the case in 2016. Dhawan argued that in 1991 when the incident happened and the case was filed “it was only a boom theory”. He said those days were very sensational and only now ”we will come to the real bomb theory”. Convinced by this argument, the Supreme Court bench then issued notice and only that has led to the release now…. The CBI-SIT was also very strong in taking forward the case. But later even those officers felt that they have done injustice. This, I would say, was a big turning point in the case. It happened because this case saw the height of injustice…. Nowhere in the world have 26 people been given death penalty. That is why even the Supreme Court once called it a “judicial massacre”.

Q/ How did the Right to Information Act help you?

A/ I was stressed, and being in prison hurt because I did not commit any crime. When there was a question if TADA would apply in this case, the three justices who heard the case said that there is no terrorist activity in the case. They made it clear this was just another murder case. It was made clear that it was a case under section 302 and just an Indian Penal Code offence. The judges came to this conclusion. After [that], we got confidence in the case.

Then came the Kaloo case in 1997 [Bilal Ahmed Kaloo, a Kashmiri, was booked under TADA and for sedition for inciting Muslim youth in Hyderabad to take up arms]. During the verdict in the case, the court said that TADA will not stand and offence recorded under TADA cannot be used as evidence in other cases. So confession also goes off when TADA doesn’t exist. But what happened in our case was that the justices took another stand. This was what Justice K.T. Thomas was against.

Q/ You have read lots of books in prison. You read Maxim Gorky and many Russian novels. How did these books influence you?

A/ My elder sister introduced me to Russian novels. I read it in Tamil, like How The Steel Was Tempered by Nikolai Ostrovsky, A Story Of A Real Man by Boris Polevoy and Maxim Gorky’s Mother. I have read Mother thrice. The first time I read it, I was 18…. I read Mother the second time when I was a remand prisoner. I read it again when the death penalty was declared. The third time I read it, I began comparing my mother with the character in the novel. But I felt that our story should not end the way it did in Mother.

Apart from these, I always took refuge in Thirukkural. I [read] it with the explanation of Navalar Nedunchezhiyan, because he is basically an atheist. I have always travelled with Thiruvalluvar.

Q/ What do you have to say about your mother?

A/ It was mutual trust deficit—we have both lied to each other, saying that everything is fine. Amma would give me confidence and I would give her confidence in return. During my early days in prison, I would tell my jail mates that I would be released in three months. My jail mates would ridicule me when I told them that. But after eight years when the death penalty was confirmed, I understood the gravity of the case.

I always believed that I would get bail and I could go home. I believed that I would get released through the lower courts. Then I believed that the Supreme Court would release me. It took me 18 to 19 years to realise that I had been caught in a storm and that coming out of jail would not be easy. After that, I read about the laws and understood that only legal fight could help me come out of jail. But my Amma was my confidence. Because all that had to happen outside prison would happen only through my mother. She would bring exactly what I wanted. She would bring me English newsmagazines—THE WEEK, Outlook, India Today. She would make me visualise the outside world. The prison authorities even used to ask me, “What do you and your mother talk about?” Amma was my pillar of strength.

Q/ What did you feel when an inmate was hanged or when you read about a hanging?

Q/ What do you want to do now? Social activism?

A/ No, I don’t want to get into politics or social activism. I want to lead a normal life with my mother and my family. I want to thank everyone who stood by me. There are many people beyond Tamil Nadu, like in Punjab—particularly Jagmohan Singh—and Maharashtra, who helped me.