No person involved in protests needs to give physical, biometric measurements 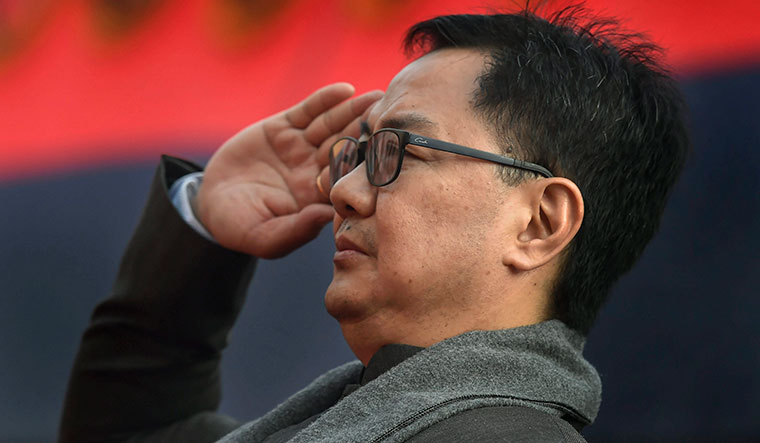 How will you ensure that the Criminal Procedure (Identification) Act is not misused?

The Act is the need of the hour for the country. It is a progressive law and is timely as it is necessary to provide law enforcement agencies with tools to act against criminals appropriately and investigate crimes swiftly in sync with modern times. The Union home minister (Amit Shah) has addressed this issue in Parliament. He has said that while framing the rules, the provisions in the Act and its objectives would be properly incorporated.

How does the new law not clash with the data privacy rules and the right to privacy of citizens?

This law is not going to violate the privacy of any individual because the data collected will be completely secure. We must understand that the government is following international best practices followed by other countries in the area of evidentiary proof for solving crimes. As technological advancements have been made, the crime trends have also undergone technological and scientific changes, and the laws have to keep pace with them.

So, the current laws were inadequate?

The Identification of Prisoners Act was formed in 1920. The Act provided for the collection of only fingerprints and footprints, and is very narrow in its scope to collect the biometric and physical information of the accused/convicts. After the law commission examined the issue, it proposed changes. Discussions took place multiple times on the various provisions in the law to enforce the collection of such information. The law has been passed after due diligence.

What about political detainees?

The government has made it clear that no person involved in a political agitation will have to give any physical or biometric measurements. The law is clear that such (biological) details can only be collected for criminal offences punishable with more than seven years of imprisonment. However, if there is a criminal case and a political leader is arrested in the criminal case, then he will be treated at par with citizens.

Your government had said it will repeal all obsolete, British-era laws. What is the progress?

As on date, 1,486 laws have been repealed and the process is on to remove all obsolete laws brought in by the British. We are also looking forward to the removal of laws that are not in sync with the present situation. All statute books are being reviewed to ensure that obsolete laws are removed quickly.

Is there a need for parliamentary oversight of the judiciary?

The judiciary should remain independent, and I believe no step should be taken to dilute the independence of the legislature, executive and judiciary, equally, for a healthy democracy.

Do you agree that the Armed Forces (Special Powers) Act is draconian? Is it time to do away with it completely?

The Act was brought into force in 1958 by the then Congress government to quell insurgency activities in Nagaland and other northeastern states. But now... the law and order situation is much better. Since the [Narendra] Modi government came to power, the government has removed the application of AFSPA from large parts of northeastern states. It has been completely removed in Tripura, Mizoram, Meghalaya and is only in force in three districts of eastern Arunachal Pradesh... and two police stations adjoining these districts. It has also been removed from most places in Assam, Manipur and large areas in Nagaland.

Do you agree that the law has been misused?

There were cases of collateral damage because whenever there is a strong law, there is always a strong possibility of innocent people [getting caught] in the crosshairs during security operations. This is the reason the government has initiated peace talks with a large number of insurgent groups in the northeast. Enforcement of a harsh law is the last resort because security forces need protection to operate in difficult areas, and the flip side is that there are cases of human rights violations. The government policy is to ensure use of minimum force; we are trying to bring all rebel groups to the
negotiating table.

When will there be peace and stability in Jammu and Kashmir so that AFSPA can be withdrawn there as well?

The question is not about the law itself, but bringing peace and security to the people, whether it is in Jammu and Kashmir or the northeast. This means that when the situation is peaceful on the ground, the need for AFSPA will cease to exist. As compared with the past, the situation has improved tremendously.

China has constantly claimed Arunachal Pradesh as part of south Tibet and issued official names for places there last year. After the withdrawal of Article 370, how is the government dealing with the constant threat on the western and eastern frontiers?

China’s claims are an attempt to dilute the ground situation, but it will not affect the ground reality. The focus of the government is to take steps for the development of the border areas, which has been neglected in the past. I can say that after the removal of Article 370, the people of Jammu and Kashmir and Ladakh are properly getting benefits of the Central government schemes. The policy of the previous Congress government was not to develop the border areas, but the Modi government is creating infrastructure in the border areas, whether it is the western or eastern frontier. Earlier, the Central funds and facilities were being siphoned off by the local government and authorities. But now all the constitutional guarantees that apply to people across the country are also applicable to the people of Jammu and Kashmir.

I do not want to talk about external aggression; rather, we focus on providing justice to the people who are citizens of the country. The decisions taken by the government are not an attempt to send signals to neighbouring countries.