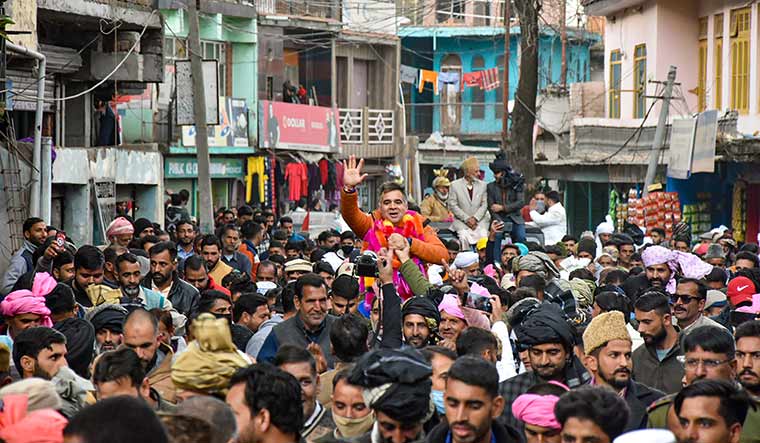 THE BOUNDARIES OF assembly seats in Jammu and Kashmir are being redrawn, and that has led to battle lines being drawn politically.

On December 20, the Delimitation Commission shared a draft proposal with MPs from Jammu and Kashmir—three from the National Conference (Farooq Abdullah, Mohammad Akbar Lone and Hasnain Masoodi) and two from the BJP (Union Minister Jitendra Singh and Jugal Kishore Sharma). The MPs are associate members of the commission, which was set up following the revocation of Article 370 that accorded special status to Jammu and Kashmir. The commission is headed by Justice (retired) Ranjana Prakash Desai and has Chief Election Commissioner Sushil Chandra and state election commissioner as members.

The draft proposal recommends increasing the number of assembly seats in Jammu from 37 to 43 and in Kashmir from 46 to 47, taking the strength of the assembly to 90 from 83 (earlier, the assembly had four seats for Ladakh, which is now a Union territory, and 24 seats were reserved for Pakistan-occupied Kashmir). As per the draft proposal, Jammu will have one new constituency in the districts of Udhampur, Kathua, Samba, Doda, Kishtwar and Rajouri and Kashmir will have one in Kupwara district. The commission has also reserved nine seats for the Schedule Tribes and seven for the Scheduled Castes.

Major political parties in Jammu and Kashmir have rejected the Delimitation Commission’s draft proposal, saying it favours the Jammu region over the Muslim-dominated Kashmir and aims to tilt the electoral balance in the former’s favour. The People’s Alliance For Gupkar Declaration (PAGD)—an alliance of regional parties that seeks the restoration of Article 370 and statehood to Jammu and Kashmir—accused the commission of acting on the BJP’s behest and ignoring the fact that Kashmir’s population was 15 lakh more than Jammu’s as per the 2011 Census.

Once the draft proposal is implemented, Kashmir’s seat share will come down to 52.2 per cent while Jammu’s will rise to 47.8 per cent. The commission has adopted a criteria rarely applied before. Instead of population and area, it has accorded primacy to hardships faced by the people along the Jammu border area due to treacherous terrain, remoteness and the shelling from Pakistan. This has riled up political parties and people in Kashmir and deepened the sense of disempowerment after Jammu and Kashmir was brought under the direct rule of the Centre in August 2019.

Former chief minister and vice president of the National Conference Omar Abdullah said the commission’s recommendation was unacceptable. “It is deeply disappointing that the commission appears to have allowed the political agenda of the BJP to dictate its recommendations rather than the data [of 2011],’’ he said.

A similar sentiment was echoed by Peoples Democratic Party chief Mehbooba Mufti. “My apprehensions about the Delimitation Commission were not displaced,’’ she said. “They want to pitch people against each other by ignoring the population census.”

Even Peoples Conference chief Sajad Gani Lone, who broke away from the PAGD in January 2020, said the proposal smacks of bias. “It is a slur on those people who are in graves because they took a bullet for India,’’ he said, referring to politicians who had earlier advocated for Kashmir to peacefully remain a part of India. 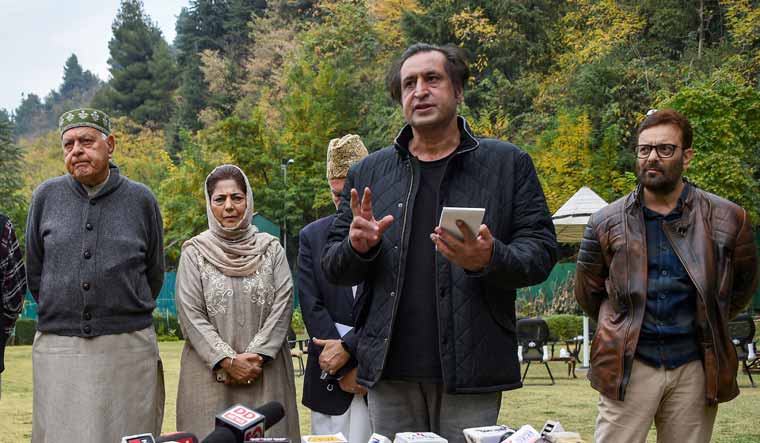 (From left) Farooq Abdullah, Mehbooba Mufti and (foreground) Sajad Gani Lone are all unhappy with the draft proposal | PTI

Masoodi said the commission informed them to file objections by December 31. The National Conference had initially refused to meet the commission saying that the constitutional validity of the J&K Reorganisation Act—under which the panel was set up—was pending before the Supreme Court.

Ghulam Nabi Azad, a member of the Congress’s dissident group (G23), who is holding impressive rallies in Jammu, has asked the commission to come clean on the criteria it adopted for the delimitation. “Population and area of the constituency are always considered as the main parameters for creating a new assembly segment. But here, we are unable to understand which criteria have been adopted while increasing seven assembly seats,’’ he said. “Increasing seats in Doda, Kishtwar, Rajouri or Udhampur is obvious because they are large districts. But what is the rationale behind increasing one seat in a small district like Samba where two constituencies already exist?”

CPI (M) leader M.Y. Tarigami said population is the main criteria for delimitation. “Other factors like terrain and area are secondary considerations,’’ he said.

BJP leaders, however, welcomed the draft proposal. “The process is transparent and the commission has made recommendations only after studying the ground realities in both Jammu and Kashmir regions,” said Jammu and Kashmir BJP president Ravinder Raina. Harsh Dev Singh of the Jammu-based Panthers Party, said that Jammu deserved more than six additional seats. A senior National Conference leader said that despite having less population than Kashmir, Jammu had benefited more in the past three delimitation exercises. He said after the 1981 census, a delimitation commission was set up in Jammu and Kashmir under the chairmanship of Justice J.N. Wazir. “The commission gave its final order in 1992, delimiting the total number of constituencies to 87 by increasing 11 seats,” he said. “In 1995, the report was implemented and five seats were increased in Jammu, four in Kashmir and two in Ladakh.” He said the BJP and the RSS have always tried to work out means to offset the demographic superiority of Muslims in Jammu and Kashmir. “Nearly all Scheduled Castes in Jammu and Kashmir are non-Muslims,’’ he said. “But given how the commission is working, we might end up having reserved constituencies for Scheduled Castes in Kashmir.” He said there are 15 Muslim-majority seats in Jammu and if their boundaries have been redrawn in a manner that they cease to be Muslim-majority, that will reduce the representation of Muslims from Jammu in the assembly from districts like Doda, Kishtwar, Rajouri, Poonch and parts of Banihal and Reasi. “As per the rule, seven seats with the highest population will have to be reserved for the Scheduled Castes and they are all in Jammu,’’ he said. “But there is apprehension that this precedent may not be followed.”

Delimitation has been undertaken in Jammu and Kashmir when it does not have an assembly to represent the people. The five associate members of the commission do not have any voting rights. The commission’s recommendations enjoy the force of law and cannot be challenged. They can only be altered through a new delimitation commission, which is highly unlikely.

Political observers opine if terrain, remoteness and hostility from Pakistan are criteria in delimitation, then north Kashmir’s border districts of Baramulla, Kupwara, Bandipora are worse off than Jammu’s. For example, most areas close to the Line of Control in Kupwara like Karnah, Keran, Dardipore and Gurez remain cut off during winters from the rest of the Valley. The population is solely dependent on the Army’s help in winter that lasts for four months. And most of these areas are under direct fire from Pakistan.

“This is not delimitation; it is gerrymandering done for obvious reasons,’” said a political commentator. “Same thing was done in Northern Ireland to increase the political heft of the Protestant Unionists.” Also, he said that the reservation of constituencies for the Scheduled Tribes will pit other tribes like Gaddis in Jammu against Gujjar and Bakarwals.

With the BJP having achieved its goal of offsetting the political heft of regional parties in Jammu and Kashmir through delimitation, the party is well on its way to installing the first Hindu chief minister in Jammu and Kashmir with the help of allies like Sajad Gani Lone and Apni Party’s Altaf Bukhari in Kashmir.