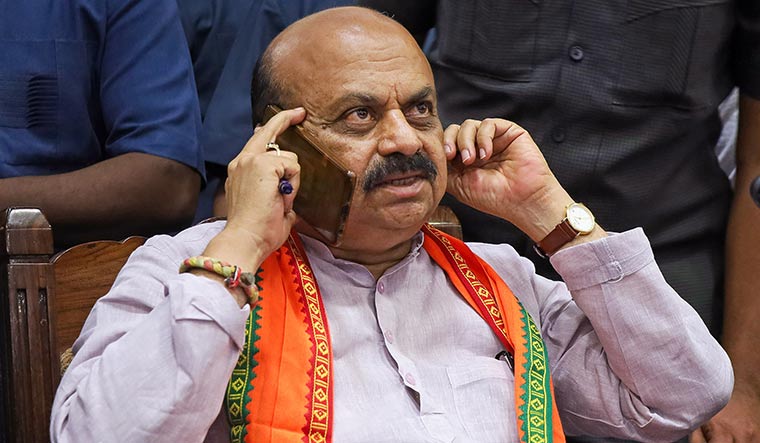 In the dock: The Congress is questioning the role of Chief Minister Basavaraj Bommai in the alleged multi-crore Bitcoin scam | PTI

THE BJP PULLED OFF a ‘smooth transition’ in Karnataka in July when it replaced B.S. Yediyurappa, its tallest leader in the state, with Basavaraj Bommai as chief minister. Though a surprise pick, Bommai seemed the party’s best bet to retain power in the crucial state owing to his proximity to Yediyurappa (who still holds sway over the politically important Lingayat community), amiable nature, administrative experience and clean image. Even Union Home Minister Amit Shah gave him a rare endorsement when he announced that the party would go to the 2023 assembly polls under Bommai’s leadership.

Though he managed to steady the ship in four months, Bommai has now sailed into a storm with the opposition Congress alleging that his government protected those involved in an unfolding Bitcoin scam.

Srikrishna Ramesh alias Sriki, 26, a self-proclaimed hacker from Jayanagar in Bengaluru, was arrested on November 4, 2020, by the Bengaluru Police’s Central Crime Branch (CCB) under the Narcotic Drugs and Psychotropic Substances Act. He was accused of procuring drugs using Bitcoins and peddling them to high-profile clients. During interrogation, the CCB found that Sriki was involved in several other crimes, including the 2016 Bitfinex hack—one of the largest Bitcoin heists in the world— and the hacking of the Karnataka government’s e-procurement portal. Bommai was the home minister when he was arrested.

The Congress alleges that Sriki, who was arrested along with associate Robin Khandelwal, was kept in prolonged police custody by slapping different cases on him. He was released on bail on April 17, 2021. But despite Sriki confessing to his involvement in the Bitfinex hack to a magistrate, the Yediyurappa government did not inform Interpol for five months. The Bengaluru police commissioner asked the Interpol Liaison Officer (CBI) to inform Interpol and other agencies only on April 24, 2021.

“The BJP government did not inform the ED, CBI and SFIO, too,” said Randeep Singh Surjewala, Congress general secretary in-charge of Karnataka. He demanded a Supreme Court-monitored SIT probe into the scam and alleged that the Karnataka government was preoccupied with “Operation Bitcoin Cover-up” instead of conducting a fair investigation.

Surjewala said that @whale_alert—Twitter handle of Whale Alert, a blockchain tracker and analytics service, had flagged the transfer of the 14,682 stolen Bitfinex Bitcoins valued at Rs5,240 crore on two dates—December 1, 2020 and April 14, 2021—when Sriki was still in custody and wondered if some of the transferred Bitcoins were from Sriki's wallet. It calls for an independent investigation into the matter, he added. 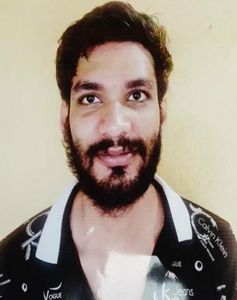 “Were the stolen Bitcoins transferred from the wallet of alleged hacker Srikrishna? How many Bitcoins and of what value? How does the Bengaluru police then suggest (in its third panchnama dated January 22, 2021) that the 31 and 186 Bitcoins allegedly transferred to the police wallet were lost or were found to be fake transactions?” asked Surjewala.

Congress legislator Priyank Kharge, a former state IT minister, said Karnataka would get a “third chief minister” soon and he had enough reasons to suspect that the BJP government was attempting a “cover-up” in the Bitcoin case.

The rumour of a “third chief minister” got louder when Bommai met Prime Minister Narendra Modi on November 11. Though he asserted that Modi was “happy” with his work and had asked him to focus on administration and not “worry” about the Bitcoin issue, it was evident the scam had caught the attention of the BJP’s central leadership. A team was sent to Karnataka to gather information on the scam and the players.

Surjewala has questioned Modi’s silence on the issue and said the FBI had informed the prime minister about Sriki’s hacking crimes during his recent visit to the US. “It is a multi-country investigation and the truth must come out. The government is either colluding or is working shoddily in the investigation,” said Surjewala.

The Congress, however, is in no position to take advantage of the situation, because of the turf war between state chief D.K. Shivakumar and former chief minister Siddaramaiah. The BJP is training its guns on Mohammed Haris Nalapad, son of Congress legislator N.A. Haris. Nalapad, who will be taking charge as president of the state Youth Congress in January, allegedly had links with Sriki. According to the police, Sriki was an accused in the Farzi Cafe brawl in 2018 involving Nalapad, but he evaded arrest till he secured anticipatory bail. Haris is Shivakumar’s choice to be the Muslim face of the party, while Siddaramaiah supports Chamrajpet MLA Zameer Ahmed Khan.

“Let the Congress explain what exactly is the scam and who all are involved in it,” said Bommai. “Let them provide documents as evidence to investigating agencies. No one will be spared. The BJP does not need to learn lessons from the Congress, which failed to bring Sriki to justice.” 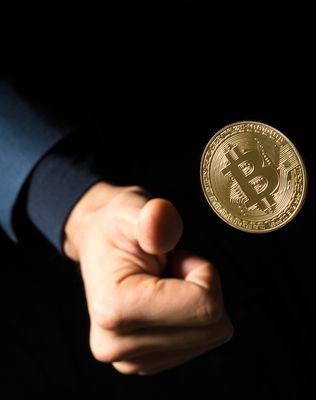 Bommai, however, is worried about the whisper campaign against him in the party. Many senior BJP leaders resented the fact that the ‘outsider’ was chosen over them for the post of chief minister. “The government should thoroughly investigate and bring the guilty to book,” said a BJP leader who did not wish to be named. “The hacker seems unperturbed by anything and this is certainly a cause for concern. Many youths are today lured into the Bitcoin business without any knowledge about the risks involved. It is a question of our national security which threatens to jeopardise our economy and ruin our reputation as a country internationally.”

Sriki, who was again arrested on November 6 in a hotel brawl case and later let off on bail, said the Bitcoin scam was “all bogus and media creation”. His father, Gopal Ramesh, had moved the Karnataka High Court in February, seeking the transfer of all the cases against his son to the CBI. Ramesh alleged that the CCB investigation was “tainted” and done with “malafide intention”. In his appeal, he alleged that his son was given “mind-altering drugs” while in custody, specifically Alprazolam.

Bengaluru Police Commissioner Kamal Pant said Sriki had told the court that he was given Alprazolam while in police custody. The court asked the investigating officer to have his blood and urine samples tested. The forensic lab, however, said that no traces of said drugs were found in the sample.

Kharge, however, said the police had cooked the test results. “The police should explain the five-day delay in carrying out Sriki’s urine and blood test. The Bangalore Medical College and Research Institute, which was directed to conduct the tests, carried out a stomach wash to rule out poisoning before testing the samples for traces of drugs,” he said, producing documents to back his claim.

Pant, however, vehemently denied the “distorted” versions being reported in the media on the case and said the investigation had been conducted in a “fair and professional” manner. He categorically denied that any Bitcoin was transferred from Sriki’s account and that the claim made by Whale Alert was “unsubstantiated”. He said there was nothing to suggest that the transfers had originated in Bengaluru. “The law enforcement agencies cannot act on unconfirmed social media inputs. Even though the arrest of Sri Krishna got wide media publicity, no foreign law enforcement agency or foreign companies, including Bitfinex, have approached the Bengaluru police,” he said.

Pant said Sriki had made claims of high-volume hacking of websites. But preliminary investigations revealed that a majority of his claims were “unsubstantiated”. So the added procedure took time and Interpol was informed only after the digital evidence was carefully examined by cyber experts to confirm Sriki’s claims.

While the BJP and the Congress are busy fighting each other ahead of the crucial legislative council polls on December 10, which would set the tone for the assembly polls in 2023, JDS leader H.D. Kumaraswamy alleged that Sriki had hacked into Jan Dhan accounts and siphoned off money worth Rs6,000 crore. “The Congress will only derail the investigation into such a serious offence by politicising the issue,” he said.