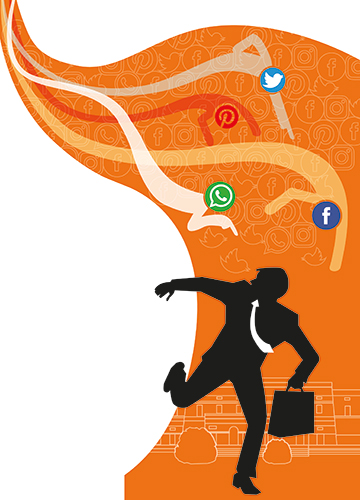 In June 2009, reality television star Ashutosh Kaushik was arrested for drunk driving on a Friday night in Andheri, Mumbai. Reports said he had neither helmet nor licence. He paid a fine of Rs3,000, spent a day in jail and was then released. “I was caught and duly punished. But years after that one misdeed, I am still serving my sentence because of these videos and media reports on the internet,” says an agitated Kaushik on the phone from Saharanpur, his hometown in Uttar Pradesh.

Kaushik had won MTV Hero Honda Roadies 5.0 in 2007 and the second season of Big Boss in 2008. “My career was just taking off and then this happened,” says the 42-year-old. “Even now my mother can see these videos on her phone. She keeps asking me if it can be removed.”

On July 22, Kaushik filed a petition in the Delhi High Court, seeking removal of images, videos and articles of his past infamy. He said he had the Right to Be Forgotten (RTBF). His Google results on the drunk driving ruckus, Kaushik says, ensured that his future employers and matrimonial matches did not trust him in spite of his insistence that he was no longer the same person. “Only last year did I find a mature wife. But even today I get WhatsApp messages reminding me of what happened then. My sister has to suffer remarks like ‘Is this what your brother goes around doing?’If the law of the land has pardoned me, is YouTube bigger than the courts?”

He is confident that he will win the case and RTBF will become a law. “I will tell my MP (BSP’s Haji Fazlur Rehman),”he says. “He will take it to Delhi and then the whole country will demand it.”

RTBF has become one of the trickiest constitutional questions in recent times. It entails a delicate balance between one’s right to privacy and the right to information. RTBF allows an individual to limit, delete or correct the disclosure of personal information or their controversial past from the web so that third persons can no longer trace them. It acknowledges beliefs like errors of youth should not haunt an offender for posterity; they have the right to evolve.

The current data protection regime in India, under the Information Technology Act 2000, does not uphold RTBF, but the Personal Data Protection Bill 2019 does. Section 20 of the latter allows for RTBF if certain conditions are met. It seeks to emulate General Data Protection Regulation (GDPR), the European Union law that allows for the right to erasure. However, an individual seeking removal of objectionable data in India (under the PDP Bill) has to go via government-appointed “adjudicators”and even then it is not an unfettered right.

“If this right conflicts with the right to freedom of speech and expression and the right to information of any other citizen, the rights protecting the public good will prevail,”says cyber lawyer Vaishali Bhagwat. “It needs to be taken into account whether the public has a legitimate interest to know or any journalistic, artistic or literary interest has to be given due weightage while considering the right to be forgotten as it should not amount to rewriting history.”

Given that the PDP bill, in its present form, has triggered fears of a surveillance state—Justice B.N. Srikrishna, who drafted the original version, called it Orwellian—and the fact that it has been under consideration by a joint parliamentary committee for a long time, it is uncertain exactly how India will embrace RTBF when the bill does become law.

But Kaushik’s lawyer, Akshat Bajpai, is certain that with their case, India will finally have its moment of reckoning with RTBF. “As of today, there are four or five High Court judgments wherein if you have been acquitted by a competent court of law, then the courts have given a direction that the same records can be expunged or de-indexed from Google,”he says. “But they were all common citizens. Our case involves a celebrity and the stakes of invasion of privacy are greater.” 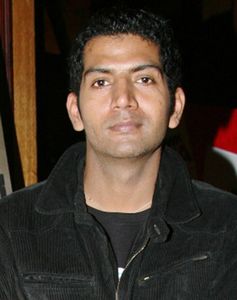 Bajpai says their legal notices to Google went unanswered or produced automated responses. “These big tech companies don’t really worry about our rights to privacy. We are far inferior compared with our European counterparts,” he says.

Aaron Kamath, a data privacy lawyer at Nishith Desai Associates, says laws like the new Information Technology (Intermediary Guidelines and Digital Media Ethics Code) Rules 2021 indicate that most internet platforms are in the mood to comply. The law gives social media intermediaries (or companies) legal protection from liability for third party content posted on their websites, if they follow some of these new guidelines. In fact, after these rules came into effect on May 26, Google was among the first large internet companies to release its monthly compliance report. It said that Google and YouTube had received 27,762 complaints from individual users in April 2021, resulting in the removal of 59,350 pieces of content.

“So tomorrow, if the right to be forgotten is fructified into law, and the orders are passed by the adjudicatory officer, I would presume that these would be well respected by the platforms and complied with,”says Kamath.

And what are the dangers? “You could have multiplicity of proceedings,”he says. “Today almost everyone has a digital footprint. The volume of requests that can go to DPA (data protection authorities) will be huge. You will also have privileged requests. It’s an entirely new procedural conundrum there.”

Indian Kanoon, a free legal search engine, hosts more than 1.5 crore court orders on its website. It gets individual requests for removal of court judgments all the time. On its website, it cites the 1994 R. Rajagopal vs State of TN case where the Supreme Court defined the scope of Right to Privacy and how publication of court records does not constitute any violation of the right. “We are, however, of the opinion that in the interests of decency [Article 19(2)] an exception must be carved out to this rule, viz., a female who is the victim of a sexual assault, kidnap, abduction or a like offence should not further be subjected to the indignity of her name and the incident being publicised in press/media,”the judgment notes.

Sushant Sinha, founder of Indian Kanoon, says the Supreme Court is bound by this judicial precedent in the absence of any data protection law. “Public records cannot be taken down just like that,”says Sinha. “Because then it amounts to total censorship. They are running after me today, tomorrow they will run after the news media. I mean, if reputation only means positive news, then of course only good stories will be there. Go ahead and remove all the posts and only Facebook and Instagram will define reputations.”

Sinha stresses the need for courts and legislatures to urgently define the parameters of RTBF, keeping in mind the importance of public memory. “In the European Union now, everything is getting delisted from Google. And Google doesn’t care. Why should they take responsibility for public memory? Thousands of Indian Kanoon URLs are blocked in the EU region. Matrimonial and professional opportunities will keep coming.”

Bhatia points out another instance where RTBF might prove counterproductive to his work. “When I get cases to investigate on matters related to child sexual abuse material, or habitual offenders, because their information is available online, I am able to crack the cases faster via open source intelligence.”

If a doctor is convicted for medical negligence, if a lawyer has been hauled by the Bar Council for unethical practices, if there has been actual conviction in a case, then such information needs to remain in the public domain, says Bhagwat, who believes Right To be Forgotten has to exist with reasonable restrictions and exceptions.

“The European Union was always better legislated when it comes to data protection which, for them, started way back in the 1990s with the EU Data Protection Directive,”says Bhagwat. “It got better crystallised with the GDPR. Social media intermediaries and internet platforms entered the market well-prepared and aware of these laws. We in India have begun asking these questions only now.”