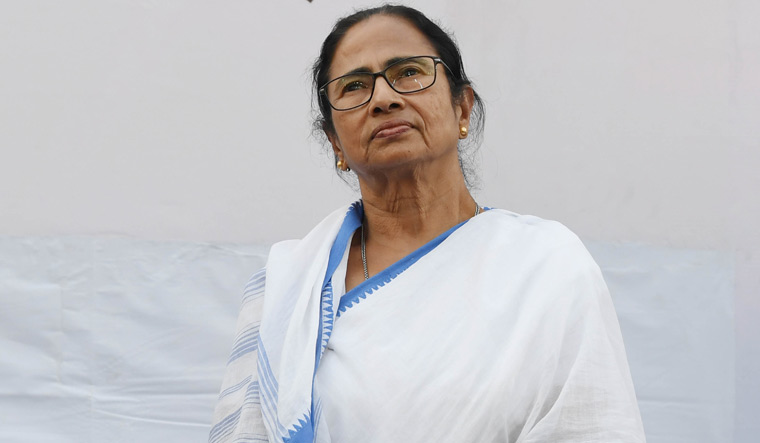 Prime consideration: The Trinamool Congress has made it clear that making Mamata Banerjee prime minister is the party’s key mission | Salil Bera

During the course of a conversation with this correspondent several years ago, former West Bengal chief minister Siddhartha Shankar Ray explained why he could never become prime minister despite being one of the most powerful politicians of his generation. “How could I have become prime minister? Indira Gandhi outpaced everyone,” said Ray. Jyoti Basu of the CPI(M), who succeeded Ray as chief minister, had a realistic chance to occupy the coveted post. But his own party scuttled the move. Former president Pranab Mukherjee was quite candid in his assessment. “I cannot bring enough MPs from my home state to make myself a choice for prime minister,” he said.

Where many illustrious Bengali men have failed, a woman now stands a chance to be successful. West Bengal Chief Minister Mamata Banerjee is being talked about as a possible prime minister candidate to take on the BJP in 2024. Regional parties, especially from north India, believe that Mamata, who dealt the BJP a crushing blow in this year’s assembly polls, is best suited to take on Prime Minister Narendra Modi.

The attempt to project Mamata as a national leader started soon after her resounding electoral victory. Her rapprochement with Mukul Roy, who had joined the BJP, was a step in this direction. Roy has excellent ties with leaders from across the political spectrum. The fact that the West Bengal government recently floated a tender to lease a 10-seater aircraft, too, did not go unnoticed.

Forest Minister Jyotipriyo Mullick said making Mamata prime minister was the key mission for the Trinamool Congress. “Mamata didi is quickly completing the work she has promised Bengal. Then it will be another fight, which will be fought nationally,” he said. Mamata’s political mentor, Subrata Mukherjee, too, said she had a fair chance of becoming prime minister. “If leaders of the parties opposed to the BJP can bury their ego, Mamata could be the consensual choice,” said Mukherjee. The veteran politician dismissed fears that she would be unable to hold a rainbow coalition because of her short temper and aggression; he said her three consecutive victories in West Bengal were enough proof.

Both Mukherjee and Mullick, however, said that the Congress might not support the move. “The Congress needs to understand that accepting Mamata would be better for it to tackle the BJP. Attempts by the Congress for the last seven years have fallen flat,” said Mukherjee.

Mullick conceded that only the Congress has the ability to put up candidates from Kashmir to Kanyakumari. “We are trying to convince Congress leaders that Mamata would be the best choice, given her fight against the BJP and her aggressive pro-poor policies,” he said. Mamata’s cordial ties with Sonia Gandhi might help, although her relations with Rahul Gandhi have been somewhat patchy.

Regional parties like the Jharkhand Mukti Morcha, the Rashtriya Janata Dal and the Samajwadi Party are impressed by the way Mamata handled Modi and Home Minister Amit Shah. RJD’s chief spokesperson Bhai Virendra said the Congress needed to be realistic and accept Mamata. He cited Mamata’s assembly win to argue that she was the best placed politician in the country to challenge the BJP. “Modi ji grew his beard like Rabindranath Tagore to win Bengal. Look at the way Mamata ji gave him a befitting reply. Should we waste this opportunity? There has to be a coalition at the Centre with the Congress, which will be led by didi,” said Virendra.

The JMM, too, echoed similar sentiments. “After seven years, it seems Indian politics is becoming issue-based, with people talking about rising prices and health concerns. Mamata needs to be given credit for this change,” said Vijay Kumar Hansdak, the MP from Rajmahal. Jharkhand Chief Minister Hemant Soren campaigned extensively for the Trinamool Congress in the tribal belt of West Bengal during the assembly elections. “The opposition will have to sit down and accept the mandate of Bengal as a national referendum,” said Hansdak.

Kiranmoy Nanda, national vice president of Samajwadi Party, said if Mamata was accepted by others, his party would have no problem in doing so. “The country would never forget the Bengal elections where the people upset all calculations,” he said. Sources confirmed that Mamata would campaign in a big way in the upcoming Uttar Pradesh assembly elections.

While the communist parties are opposed to Mamata in West Bengal, they could join hands with her nationally to oust the BJP. The Trinamool Congress is in touch with Delhi Chief Minister Arvind Kejriwal and Nationalist Congress Party chief Sharad Pawar. Telangana Chief Minister K. Chandrashekar Rao and Andhra Pradesh Chief Minister Y.S. Jagan Mohan Reddy have so far been noncommittal, but Tamil Nadu Chief Minister M.K. Stalin and Telugu Desam chief N. Chandrababu Naidu would have no objection in accepting Mamata. She is also said to be in touch with the Akali Dal and disgruntled leaders of the Janata Dal (United) in Bihar, and enjoys good ties with Odisha Chief Minister Naveen Patnaik.

Poll strategist Prashant Kishor, who was among Mamata’s key advisers during the assembly campaign, is said to be playing a key role in exploring her chances at the national level. “He is on the job to launch a front before 2024, where Mamata would be the key choice,” said a source close to Kishor.

On July 23, the Trinamool Congress parliamentary party met in Delhi and elected Mamata as its leader. While the move is not without precedent, it is rare for political parties to nominate leaders who are not MPs to the position. It is probably the clearest indicaton yet from Mamata that she is ready for a national role. There are rumours in Kolkata that Mamata will give up her chief minister position a year before the Lok Sabha polls in favour of her nephew, Abhishek Banerjee, and undertake a nationwide campaign.

The Congress, however, is wary about the claims of Mamata being the alternative to the BJP. “Don’t the Trinamool Congress leaders know that we have a huge presence in so many states in north and south India? Any formation which is not led by the Congress would be a disaster. Those who try otherwise would cause harm to the secular formation and help Modi,” said Congress leader Pradip Bhattacharya.

The BJP, meanwhile, said the move to project Mamata might even be beneficial for the party. “Mamata has proved herself to be an anti-Hindu face,” said a national executive member of the BJP. “How many Hindu votes did she receive in Bengal? How can she claim that she represents everyone in the state? We will tell everyone about her support for jihadi groups.”