Unlike Israel, India might have to wait to vaccinate its teens 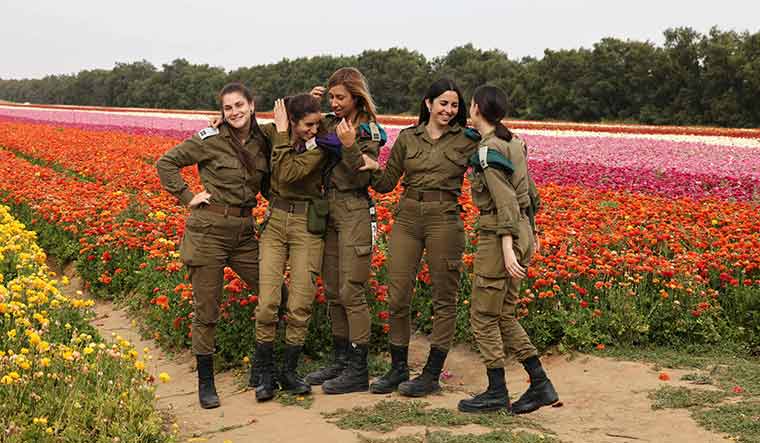 Colours of freedom: Israelis are no longer required to wear masks while outdoors | AFP

Israel is one of the few countries where you can walk around without a mask. With the economy opening up and children returning to schools, the country is inching towards some semblance of normality. “It is good to see cultural and sports activities taking place again,” said Jonathan Zadka, consul general of Israel to south India.
Israel’s preparedness and quick response paid off. “These included making tough choices early on,” said Zadka. “[Like] closing borders and schools, shuttering businesses and limiting all non-essential activities, while sustaining a burst of innovation, from startups and drive-through testing centres to telemedicine and vaccine research.”
As many as 5 million Israelis have received both doses of the vaccine; the vaccination drive started in December. More than 90 per cent of those above 60 have been fully vaccinated.

Having a small population of 90 lakh worked in Israel’s favour. Reopening schools and vaccinating the young, including older teens, was top priority; the government did not want the young to be denied any opportunity for growth—emotionally, socially and cognitively—after such a long period of uncertainty. “It also helped minimise the risk for the more vulnerable groups of society,” said Zadka. “And, finally, operating schools and the education system is a key factor in reopening the economy. There is also a desire to vaccinate children above 12 [and up to 15] later this summer, as soon as the regulatory aspects permit it.”

Countries like India have a lot to learn from Israel’s robust vaccination programme. However, health experts said it might not be feasible for India to vaccinate its 16- to 18-year-olds right now. “That is not the right idea,” said Dr T. Jacob John, retired professor and head, departments of clinical virology and microbiology, Christian Medical College, Vellore. “If it is one child or two here and there, there is no harm doing it. But I am talking about a policy.”

The purpose of vaccination is two-fold, said the former director of ICMR’s Centre of Advanced Research in Virology. “First and foremost, vaccination is meant to save lives and prevent severe Covid-19,” he said. “Severe disease usually occurs in senior citizens and people with comorbidities. They should be given priority. The second purpose of public health vaccination is to reduce the burden of disease, for which burden of infection has to be brought down. Taking these into account, I think older adults should be prioritised for vaccination.”

The pandemic has posed major challenges to India’s education system. Remote learning has proven to be a less efficient substitute and students have come up with ingenious ways to outsmart invigilators during exams. Are these reasons valid enough for the government to consider vaccinating those between 16 and 18? “As a virologist, I would not recommend it,” John said. “It does not make sense to me, especially because the supply of vaccines is limited. Instead, all staff in educational institutions must be vaccinated. Bus drivers and caretakers also should get vaccinated. Then you can open schools and colleges, and exams can be conducted offline.”
But how do we ensure students do not get infected from each other? “They might get infected,” he said, “but the infection would not be serious for most children. They should not be put at risk of transmission, though. School authorities should take precautions and ensure that the children do not take the infection home."