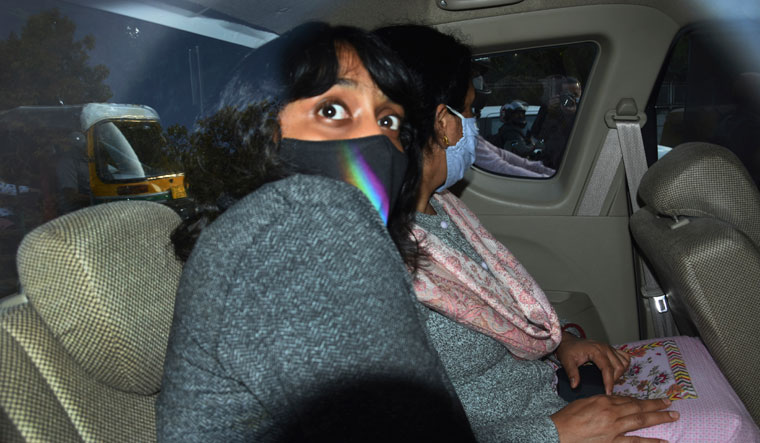 Road to freedom: Disha Ravi was granted bail by a Delhi court saying there was not enough evidence to back charges of sedition | AP

Marketers have long been using software tools for profiling customers. Now governments and law enforcement agencies worldwide are heavily investing in technologies that use application programming interface, crawlers and charts to analyse social media users’ posts, tags, pictures and tweets for building profiles and carry out sentimental analyses to identify the causes they are against or sympathetic to.

In India, intelligence agencies and state police forces have set up social media monitoring labs to carry out overt, discreet and covert probes. These tools help cyber sleuths collect, analyse and segregate data. The cyber cell of the Delhi Police, for instance, has more than 250 people monitoring social media platforms through what it calls “social listening”—gleaning raw volumes of live data running into hundreds of terabytes. Occasionally, experts and volunteers are also being brought in to assist in monitoring the virtual world which has become the new battleground to shape public opinion, fuel sentiments, instigate agitations and wage proxy wars.

During the Delhi riots last year and the recent farmers’ protests, the cyber patrollers had a challenging job at hand, as social media was abuzz with rumours and propaganda. The Delhi Police processed a large amount of data to identify the rioters in the first case. In the second, they arrested Disha Ravi, a 22-year-old Bengaluru based activist, for allegedly sharing a ‘toolkit’ with Swedish climate activist Greta Thunberg, who tweeted it. A Delhi court, however, granted her bail saying there was “scanty” and “sketchy” evidence to back charges of sedition and asserted that citizens could not be jailed simply because they disagreed with government policies. The police now have the tough job of proving that the toolkit was prepared in collusion with Khalistan supporters and was part of a global conspiracy to defame India.

Ravi’s arrest had created a huge hue and cry on social media over infringement on the right to privacy and free speech. The case seems to have resulted in key learnings for both the police and the netizens. The real challenge before the police is not just proving Ravi’s culpability, but nabbing the alleged perpetrators of the proxy war. “Proxy wars by anti-India forces can only be defeated if the actual culprits are booked,” said Dr Gulshan Rai, former national cybersecurity coordinator. “The aim should be to defeat the perpetrators and not allow attention to get diverted away from it.”

Establishing which content attracts penal provisions and which does not has become a tricky challenge for enforcement agencies. “There is a need to have reliable evidence and for that reliable capabilities need to be developed to analyse and present unquestionable evidence,” said Rai. The evidence in the virtual world, he said, was fragile and needed to be collected quickly.

Enforcement agencies need sophisticated systems and processes, and close cooperation with various organisations in the private and government sectors to keep up with online offenders. An Open Source Intelligence operation (OSINT) carried out by the name of Disinfo Lab had come in handy for the Delhi Police in connecting the dots of the Khalistani propaganda. An OSINT investigator said open-source data and digital evidence are critical to counter anti-India propaganda being carried out from foreign soil. 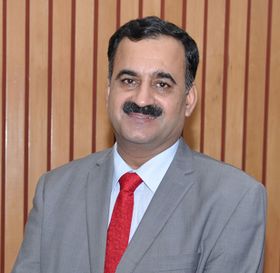 A separate investigation unit of the Delhi Police cyber cell traces digital footprints by contacting telecom service providers and social media platforms to identify the actual perpetrators and verify the evidence. The unit is comparatively new, and most of the cases being handled by the cyber cell of Delhi police are in the trial stage in different courts. “The trials take long and gathering evidence to join the dots takes time. Moreover, social media offences are also a growing trend in cybercrime investigation,” said an official.

“We are aware that the aim of proxy wars is to use unsuspecting targets who will unknowingly spread misinformation and fake news or propagate the secessionist agenda. So simply sharing content may not attract penal provisions. But the responsibility rests upon the creators of the primary content to explain their motives. They need to explain why they generated such content in the first place,” said another cyber cell sleuth.

In 2020, the Supreme Court revisited the requirements for admissibility of electronic evidence under section 65 B of the Indian Evidence Act, 1872. “The prosecution needs to comply with the law which mandates that a certificate needs to be provided by a third person that the digital evidence has not been tampered with or altered. This person will be cross-examined in court,” said Supreme Court lawyer Pavan Duggal, chairman of the International Commission on Cybersecurity Law. In effect, this provision is aimed at preventing investigators from tampering with the digital evidence to nail the accused.

Duggal pointed out that the 2008 amendment to the Information Technology Act made almost all crimes in digital media a bailable offence. “The accused can get bail and there is a chance the evidence is destroyed later,” he said. Moreover, many social media platforms' servers are abroad and those countries are slow in sharing information.

India has signed mutual legal assistance treaties with several countries, including the US, where the servers of many social media giants are located. Police, however, need to take the bureaucratic route to access information from those countries. Because of these constraints, the chances of conviction are quite low in cybercrime cases. “This is the reason why the conviction rate is less than one per cent in cybercrimes in the country,” said Duggal.

So, is social media monitoring by police forces a boon or a bane for the general public?

Anyesh Roy, DCP, cyber cell unit of Delhi police, said the emerging threats on social media and proxy wars by inimical forces had not only put police forces on alert but also provided lessons to citizens to access only credible information. “Citizens should avoid sharing unverified information. Social media has a tendency to artificially flare up sentiments, manipulate and project local issues as bigger issues, resulting in actions that can cause enmity or create conflict on the ground,” he said.

One of the first central agencies to set up a dedicated social media monitoring cell was the National Technical Research Organisation. IPS officer Muktesh Chander, who led this effort in 2012, said the learning for this technical intelligence agency, which functions under the Prime Minister’s Office, came from the 2011 riots in London where the Metropolitan Police effectively used Flickr to publish images of suspects in the riots along with announcements on Twitter. Similarly, in 2010 in Canada, Toronto Police started a social media programme and shared success stories of cyber undercover operations with Indian counterparts.

Clearly, India has arrived late on the social media monitoring platform. The need of the hour is to take real measures to boost the confidence of netizens in free and fair investigations in cybercrime cases. To begin with, the Delhi Police is looking at creating a perception management unit run by 50-odd private and government officials to boost the image of the police “virtually”.