The claim poses a new challenge for government and security forces 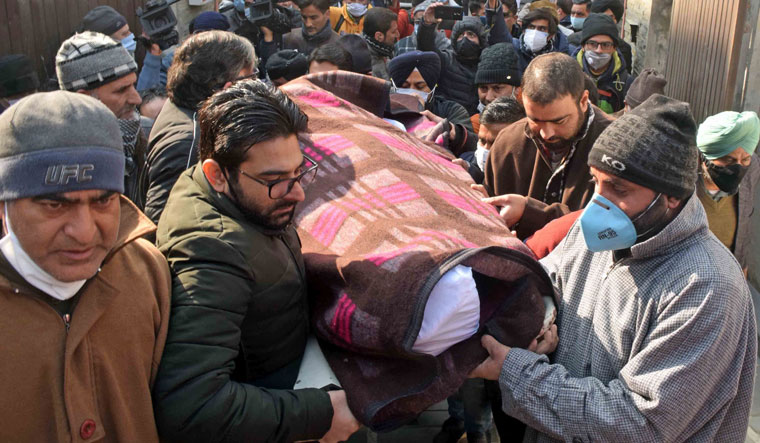 For more than four decades, Satpal Nischal had been running a jewellery shop on Hari Singh High Street, one of Srinagar’s prominent commercial hubs. On December 31, a gunman entered his shop and shot him dead. “At 6:10pm, I heard a (popping) sound twice. I thought it came from the electric wires,” said Rakesh, Satpal’s elder son. “Then I saw a boy firing at my father with a pistol.”

Rakesh said several bullets also hit the spot where his son Param was seated minutes before the attack. “Since it was closing time, Param had gone to fetch the car from the parking lot,’’ he said. “We rushed daddy to the hospital where doctors pronounced him dead.”

The cold-blooded murder of the 70-year-old jeweller has created widespread fear in the area. Satpal is the first person to be killed apparently for having obtained a certificate under the new domicile law which was introduced after the revocation of Article 370. The new law allows people who have lived in Kashmir for more than 15 years to buy immovable property. Earlier, only permanent residents could buy immovable property in Jammu and Kashmir. (A permanent resident is someone who was a state subject on May 14, 1954, or has been a resident of the state for 10 years and has lawfully acquired immovable property.) Both separatists and local political parties are opposed to the new law and have accused the BJP of using it to change the demography of Jammu and Kashmir.

The Resistance Front (TRF), a new militant group which has become active after the revocation of Article 370, has claimed responsibility for Satpal’s murder. The police believe that the new group is the Lashkar-e-Taiba (LeT) in disguise. “The Resistance Front conducted an intelligence-based operation in Srinagar in which an RSS agent, who was posing as a businessman, was neutralised,” said a statement by the group. “The individual was an active participant in the demographic change and settler colony project run by hindutva fascists to alter the demography of Kashmir. The Resistance Front had already warned that any Indian national irrespective of faith, caste or colour, who comes to Kashmir to settle here, will be treated as an agent of the RSS and not as a civilian.”

The police are investigating the claim made by TRF and also possible business rivalry in Satpal’s killing. They have collected CCTV recordings from the area. Cameras installed by the Nischals have been out of service since December 18.

Sitting at his home in Indira Nagar, an area administered by the Cantonment Board of 15 Corps, Rakesh said the family had been living in Kashmir since the 1970s and considered themselves Kashmiri. “We are originally from Sialkot in Pakistan and came to India after the Partition,’’ he said. “I was born in Srinagar, attended school and college here and then joined my father’s business.’’ He ruled out the possibility of business rivalry being the reason for his father’s murder.

Rakesh said the family sold its second jewellery shop at Jehangir Chowk two years ago and purchased another one on Hanuman Mandir Lane, a famous jewellery market in Srinagar. “But what is wrong with that? Even this house is in the name of our uncle who is from Jammu,” he said. 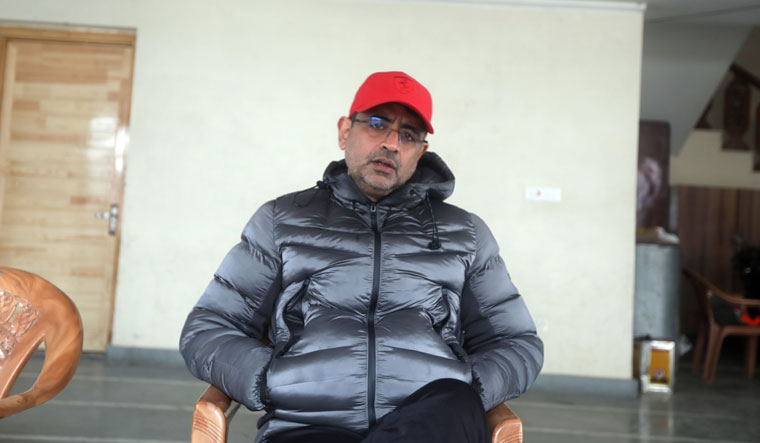 He said he was thankful to the local people who condoled his father’s death. “The people of Kashmir are extremely humane and we are here because of their support,’’ he said. “Otherwise I would have rented out this house and lived a peaceful life.’’

Satpal’s killing has brought the focus back on the unpopular domicile and land laws introduced after J&K’s political reorganisation on August 5, 2019. It remains to be seen what impact TRF’s threat will have on the Centre’s ambitious industrial policy for J&K, which envisages allotting around 6,000 acres to leading business houses of India. The land will be rented, leased or sold. Negotiations are on with business houses like the Tatas, Reliance and the Hinduja Group. The government hopes to secure investments worth Rs30,000 crore in the next two years. It wants to boost horticulture in Kashmir and is roping in online retailer Flipkart to showcase products of local artisans and craftsmen.

The J&K government has issued over 20 lakh domicile certificates against the 21.99 lakh applications it received till September. As many as 16,27,461 of those certificates were issued to permanent residents and their children, while 1,72,565 were issued to state subject applicants and non-state subject applicants and their children.

Going by the 2011 Census, of the 29 lakh non-Kashmiris working in J&K, 14 lakh are eligible for domicile certificates under the new law. Most of them are from the states of Punjab, Uttar Pradesh, Bihar and West Bengal. They were drawn to J&K by its better wages, pleasant climate, low crime rate and free education till the university level. But the murder of a non-Kashmiri for obtaining a domicile certificate could complicate matters for them and also for the security establishment.