Worries abound about the consequences of haste looms over vaccine trials 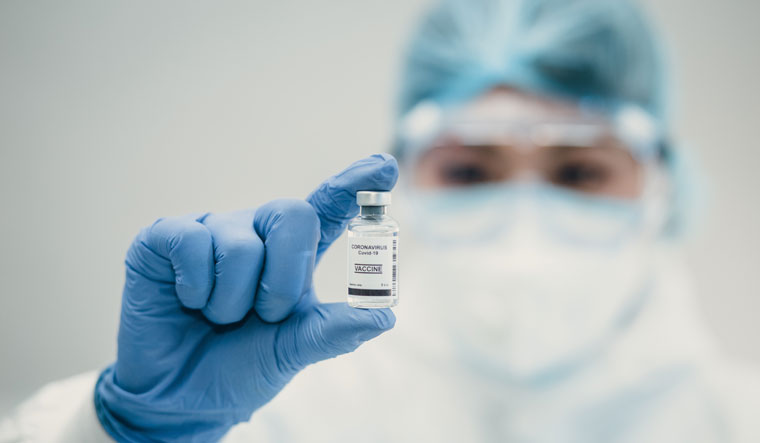 On September 26, a group of public health experts wrote an open letter to Dr Albert Bourla, CEO of US pharma giant Pfizer, which is developing a Covid-19 vaccine candidate with German firm BioNTech. The company’s mRNA vaccine is one of the world’s leading candidates, and Bourla’s claims of a “clinical answer” to its phase 3 trials by October end has triggered safety concerns among a section of global experts. In the letter, they urge the company to wait until the end of November before seeking emergency authorisation for the vaccine to ensure that rigorous safety standards are followed and public trust and confidence in the vaccine is guaranteed.

According to the WHO, 40 vaccine candidates are being clinically evaluated, of which 10 have entered phase 3 trials, which involve testing the vaccine on thousands of people. In that context, the next couple of months will be crucial for regulators, vaccine manufacturers and distributors across the world, and put the world’s best delivery systems to test. With emerging possibilities of emergency use authorisation (EUA) for multiple candidates, safety and immunogenicity data is also being closely evaluated.

Union Health Minister Dr Harsh Vardhan has said that India is considering EUA, too. An EUA allows the vaccine to be used before it is fully licenced, after conducting a risk-benefit analysis based on available data. Normally, the third trial [phase 3] takes about six to nine months. But if the government decides, this period can be cut short through an EUA, Vardhan said. “Any emergency authorisation is always done by adopting reinforced safeguards so that people do not worry about safety,” he said. “A high-level group has been formed to monitor the pace of the vaccine development under the direct guidance of Prime Minister Narendra Modi. There will be no shortcut on safety. EUA will be given only if it meets the standards.”

Multiple candidates are undergoing phase 3 trials in India. After the Oxford-AstraZeneca candidate—currently being tested by Serum Institute of India—the Russian sovereign wealth fund, RDIF, which is backing the vaccine Sputnik V, also announced a tie-up with Hyderabad-based Dr Reddy’s for conducting phase 3 trials and distributing the vaccine. Bharat Biotech’s candidate, Covaxin, too, will begin phase 3 trials in Lucknow and Gorakhpur in October, according to UP Health Secretary Amit Mohan Prasad.

With these candidates being fast-tracked, granting EUA to a vaccine and rolling it out initially to the vulnerable population, and then to the general population, will involve challenges on several fronts including regulation and logistics, experts say.

“With any vaccine, monitoring safety and performance pre- and post-licensure is important,” said Dr Gagandeep Kang, professor, Christian Medical College, Vellore. “A vaccine should be used widely in the appropriate population at a point where regulators are convinced (even under an EUA) that the vaccine has a high likelihood of being safe and effective. The best safeguard is a strong safety monitoring system and an impact monitoring system.”

According to her, India’s vaccine safety monitoring has improved significantly in the past decade. “But the focus, so far, has been routine immunisation in children. Building safety monitoring in other age groups will be challenging,” said Kang.

She added that impact monitoring would most likely require phase 4 studies, or post-marketing surveillance, since there is no other way to monitor vaccine effectiveness.

According to a draft note on regulatory guidelines for vaccine development, released recently by the central drugs standard control organisation, a Covid-19 vaccine should have 50 per cent efficacy. “To ensure that a widely deployed Covid-19 vaccine is effective, the primary efficacy endpoint estimate for a placebo-controlled efficacy trial should be at least 50 per cent,” it read. Union Health Secretary Rajesh Bhushan said the note was not final and that comments and feedback were invited.

The overall efficacy endpoint is not a matter of concern. “These are first-generation vaccines, and this is a mucosal infection,” said Kang. “First-generation vaccines essentially should protect against disease and then we can think of improving performance through a range of approaches. Mucosal vaccines are unlikely to give perfect protection in any situation, so a 50 per cent requirement is acceptable at this time.” She added that the draft policy is aligned with WHO and FDA guidlines. “But it would be good to know what essential data is to be generated and what is recommended, but not essential,” she said.

The draft policy note states that given the “urgent need” to provide a Covid-19 vaccine, clinical development programmes for Covid-19 vaccines might be “expedited”. Vaccine trials proceed in stages, where permission for each phase is preceded by evaluation of data. For an emergency situation such as Covid-19, the regulator proposes adaptive and/or seamless clinical trial designs that allow for selection between vaccine candidates and dosing regimens, and for more rapid progression through the usual phases of clinical development.

But it is unclear as to what this seamless approach is in terms of clinical endpoints at the end of each trial phase, said a public health expert who did not wish to be named. For vaccine trials, endpoints would include side-effects, neutralising antibody titres and disease prevention. In the case of drug trials, the endpoints—preventing disease progression and death—are more clearly defined, the expert said.

“The policy note also does not define what would happen if there were multiple vaccines with same levels of protection for authorisation,” said the expert. “Aspects such as the liability of a company or other stakeholders in case of a side-effect after vaccine has been administered have not been defined. It is a good start, though.”

Vaccines take years to develop. With Covid-19, that time frame is being crunched to months. In a first-of-its-kind plan on vaccine regulation and shortening trials, top experts propose a plan where each phase incorporates parallel processes. For instance, phase 1 of human trials would not mean halting animal studies, rather those studies would continue even after the vaccine candidate has moved on to human trials.

“To optimise time in a public health emergency such as the current one, several or all of the clinical evaluation, production planning, distribution strategy and safety evaluation steps of the vaccine development continuum could be conducted in parallel, rather than in a sequential manner,” wrote Dr Amit Kumar Dinda, department of pathology, AIIMS, Dr Santanu Kumar Tripathi, Calcutta School of Tropical Medicine and public health expert Dr Bobby John in the Indian Journal of Medical Research, the peer-reviewed journal of the ICMR. “This telescoped design will enable an earlier submission of safety and efficacy data, allowing for potential regulatory approval for an EUA for the candidate vaccine,” they wrote.

Parallel processes also imply that manufacturing and distribution logistics be taken care of, even as several vaccine candidates are being tested. “In other countries such as the US, the UK, Japan and Australia, the level of preparedness is much higher, from pre-booking vaccines to ordering syringes,” said Pavan Mocherla, managing director (south Asia), BD India. “The understanding is that the vaccination would proceed in phases, where vulnerable sections would be administered in phase 1. For that, the requirement for syringes would be an estimated 150 million, and until now, the government has not formally reached out to us for any orders. Though the government must be working on a blueprint, private stakeholders have not been involved yet. Timely involvement of relevant firms would help expedite vaccine delivery.”

With the world’s largest manufacturing capacity, India is set to make the Covid-19 vaccine for the world. Its own challenges though remain to be addressed—including making available Rs80,000 crore for mass vaccination in the next year, as estimated by Serum Institute chief Adar Poonawalla.