Amid regional frictions, New Delhi must guard against Chinese influence in the area 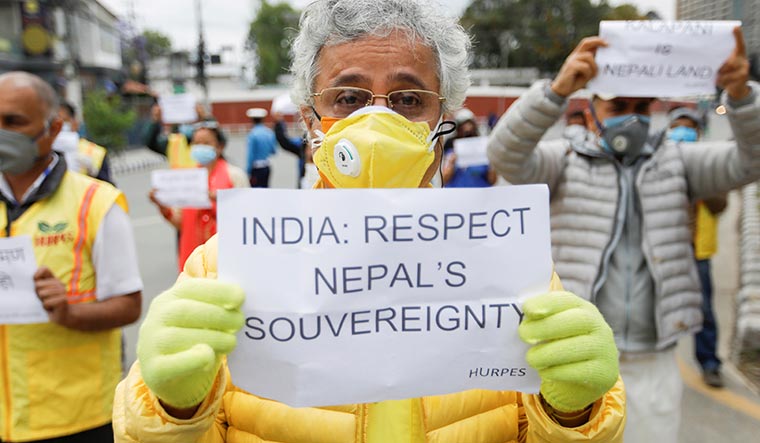 This summer, if the conflict in the Galwan region brought out simmering hostilities with China, fault lines also became visible in India’s ties with other neighbours.

Nepal has been in a blame-India-for-almost-everything mood. Bangladesh is having friendly conversations with Pakistan, even as it denied an audience to India’s high commissioner in Dhaka. To the west, Afghanistan’s peace process with the Taliban is narrowing the space India has there. Investments for an alternate route to Afghanistan, via Chabahar in Iran, are also facing an uncertain future.

In a world where the dynamics are changing rapidly, with a new cold war emerging between the US and China and countries having to recalibrate ties as multilateralism crumbles, a combination of wrong timing, India’s domestic developments and the China factor have made the neighbourhood rather slippery for India. “The rise of China poses new threats in the immediate neighbourhood, though we have extended our Neighbourhood First approach to Together We Grow,” said Ram Madhav, BJP national general secretary at a virtual discussion. Farash Uddin, economist and former governor of Bangladesh Bank said: “In international politics, there are no permanent enemies. China opposed our independence, but now wants to befriend us. We have limited funds and India should not mind if China does projects with us.’’

China, no doubt, is an important player in India’s neighbourhood; its chequebook-outreach is only one of the many strategies in its diplomacy. Beijing’s open involvement in Nepal’s internal politics, as it tried brokering peace between rival factions of the ruling Nepal Communist Party, was another example of China’s assertion this side of the Himalayas. China is certainly interested in seeing the elected communist government complete its term under K.P. Sharma Oli. Observers say that even Bangladesh’s new bonhomie with Pakistan—a phone call between prime ministers Imran Khan and Sheikh Hasina and in-person talks between Bangladesh foreign minister Abdul Momen and Pakistan’s envoy to Dhaka, Imran Siddiqui—were at China’s prodding.

India has managed to win over the Maldives after Ibrahim Mohamed Solih took over last year. It recently announced a slew of financial help projects for the archipelago nation, including an undisclosed amount as financial assistance to deal with the pandemic. This is the first and only financial aid India has given for the pandemic to any country. India had, however, committed $1 billion to the South Asian Association for Regional Cooperation (SAARC) for pandemic management.

Nonetheless, India may not be able to counter Chinese influence everywhere in the neighbourhood. Also, as Manjeev Puri, India’s former ambassador to Kathmandu said, while the China factor is important, equally significant are rising aspirations and development needs of these countries. India, despite good intentions, cannot meet all these needs, especially those requiring massive funds. The neighbourhood will not just turn to China, but also South Asia and the west. Already, Bangladesh is in talks with China to finance a project on the River Teesta. Significantly, India and Bangladesh have not managed to seal the Teesta water sharing pact, because of objections from West Bengal Chief Minister Mamata Banerjee. Sri Lanka has also reached out to China for a $500 million development loan, despite past experience of falling into the Chinese debt trap; it had to lease out Hambantota port for 99 years.

Also, over the decades, India’s neighbours have worked hard at building identities distinct from India. They are not going to shed this new found image in a hurry. So where then, does India’s Neighbourhood First policy stand? Have the investments of recent years gone to waste? And where exactly did India’s calibrations go wrong? 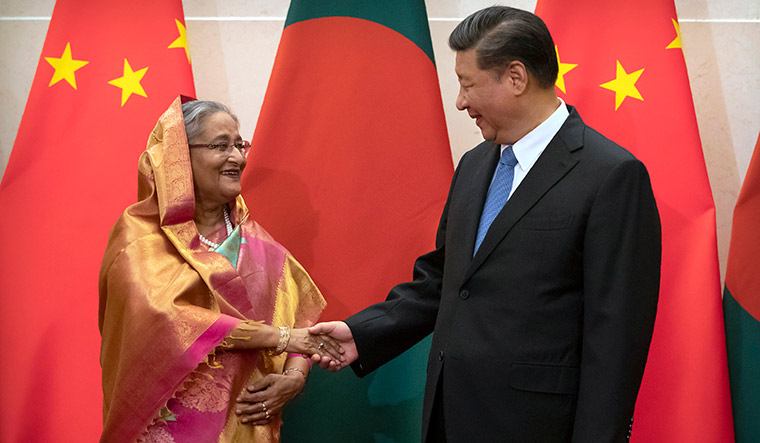 There is only one solution for India, say observers. Do more for the neighbours, even when they are grumbling or calling names. Introspection on whether precious funds have gone waste in investments which have not yielded diplomatic dividends are pointless.

India has been able to use its soft power effectively, helping friends and neighbours with capacity building and training. But the track record with larger projects, specially infrastructure ones, is not always that good. India has promised rail links in Nepal and Bangladesh, a port development project along with Japan in Sri Lanka. Recently, India also promised to fund the largest infrastructure project in the Maldives, the Greater Male Connectivity Project comprising a $100 million grant and $400 million line of credit. These need to be delivered in time.

With Myanmar, India promised funding the $484 million Kaladan Multi Mode Transport and Transit Project, connecting the two countries by sea (Kolkata and Sittwe) and land (highways through Mizoram and Rakhine and Chin provinces). The project has moved slowly, with concerns even emerging over its completion. Meanwhile China is planning a China Myanmar Economic Corridor (CMEC), along the lines of the one it has with Pakistan. CMEC will give China access to the Bay of Bengal and thereby, the Indian Ocean. Madhav noted that India’s growth was towards its eastern littoral. The delay in projects like Kaladan, therefore, belie the emphasis India places on its Act East policy.

There is also a certain decision-making tardiness which often rankles neighbours. Deep Kumar Upadhyay, Nepal Congress leader and former ambassador of Nepal to India, said India was missing the opportunity to make prompt diplomatic responses and bilateral engagement on agreed-upon disputes over boundaries and issues important to Nepal—trade deficit, water management and power. Sri Lanka, in deep financial distress since the Easter bombings last year, has repeatedly asked for postponing repayment of a $960 million soft loan; India has not yet taken a decision.

If the Iranian side is to be believed, there was a similar dragging of feet over the 628km Chabahar Zahedan railway line in Iran, which the Indian Railway Company was to build. India says the delay was on the Iranian side. Whatever the reason, the project is out of Indian hands. Though Iran claims to develop the link (which goes up to the Afghan border) alone, $400 billion Chinese funding is keeping Tehran financially secure. Iran has also eliminated India from developing the Farzad B offshore gas field, though the Oil and Natural Gas Corporation was involved in discovering gas reserves there.

With Iran, the whole equation is upset because of India’s vigorous friendship with the US. “How we salvage our ties with Iran, and negotiate space for ourselves in Afghanistan will depend not just on us, but also on developments in the world,” said Kriti Shah, researcher, Observer Research Foundation. The outcome of the US elections in November is one factor.

Several domestic policies in recent times have also had impact across borders. The CAA upset Bangladesh, and even Afghanistan, though it prudently kept quiet. With new attacks on Hindus and Sikhs in Afghanistan, it later facilitated the transfer of Afghan Sikhs to New Delhi. “Afghanistan will get Talibanised,’’ said Kanwal Sibal, former foreign secretary at a discussion.

The new political map of India after abrogation of Article 370 upset Nepal, which was looking for a reason to deflect attention from its internal political mess. In the appropriation of disputed territory, and in quickly bringing out a new map of its own, Nepal found a populist nationalist cause. India called the move a cartographic aggression, but did not offer much comment as Nepal sent armed guards to patrol border posts, stopped flood prevention work along the Bihar border, ranted about the birthplace of Ram and the Buddha and sundry irritants.

Farash Uddin said: “Our friendship is on very solid ground and irritants cannot shake it.” But he added that irritants like Indian leaders calling Bangladeshi immigrants termites could be avoided. Concerns over the CAA and National Citizenship Register are palpable in Dhaka, and even the inauguration of a Ram temple in Ayodhya caused a frown, though Bangladesh has steadfastly called it India’s internal matter. Madhav said there is a mistaken understanding of the CAA. This only means India needs to work harder at explaining its position, say observers.

Prime Minister Narendra Modi’s outreach to SAARC nations for joint pandemic handling has had mixed results. While the gifts of medicines and therapeutics and capacity building of health trainers is the kind of soft power India excels in, the arrest of nationals from neighbouring countries who attended the Tablighi Jamaat conference in Delhi negated much of the good work. Delhi Police had charge-sheeted 956 foreigners from 36 countries who attended the event. Though many were given bail, the slow pace of investigations and the conditions under which they were kept are a diplomatic headache, and positioned India as “intolerant”.

New Delhi is now gradually enhancing relations with its neighbours, a step that observers felt would right many perceived slights. The Independence Day call between Modi and Oli lasted 15 minutes, and was the first conversation since their SAARC Covid-19 virtual meet in March. Two days later, Indian ambassador to Kathmandu held a virtual meeting with a Nepali delegation headed by its foreign secretary S.D. Bairagi to review Indian projects in Nepal. New Delhi underplayed the meeting, calling it routine. But in Kathmandu, which was clamouring for attention for weeks, these talks are regarded as the beginning of a thaw.

As observers say, Nepal knows the limitations of baiting India. Even if Nepali leaders talk about revisiting the pact for recruiting Nepali soldiers into the Indian Army, the fact remains that India spends Rs4,000 crore annually on the salaries and pensions of Nepali citizens in the Indian Army. The loss in remittances alone will be a big blow for Nepal. Nepal is also aware of its limited importance to China. Connectivity projects through landlocked Nepal, for instance, will lead to nowhere for China.

Foreign secretary Harshvardhan Shringla’s recent visit to Dhaka to meet Hasina is significant. He is the first foreign dignitary to visit after the country after the pandemic hit, and this keeps the bilateral firmly in its “sonali adhyay (golden phase)”. Shringla may next head for Myanmar.

India has decided now that its future is with the east. Thus, the BIMSTEC (Bay of Bengal Initiative for Multi-Sectoral Technical and Economic Cooperation) bloc is important, as is the Association of Southeast Asian Nations. In fact, Madhav believes India should still keep a window open for the Regional Comprehensive Economic Partnership, “since the future of the world is in the Indo Pacific region”. Yet, ironically, it was India’s diplomatic outreach towards its west that has reaped recent dividends. Modi wooed the Gulf with enthusiasm, the countries responded with equal vigour. Thus, when Pakistan recently pouted at the Organisation of Islamic Cooperation platform for not calling out India over Kashmir, and threatening to form a parallel Islamic cohort, Saudi Arabia frowned and withdrew a much-needed financial loan.

The immediate neighbourhood may not be at its best right now, but this is not the first time India finds itself in such a situation. As T.C.A Raghavan, author and former envoy to Islamabad said at a lecture, the present international scenario has similarities with the late 1980s and early 1990s. In a globally dynamic backdrop—breakdown of the USSR and reunification of Germany—India had its own backyard issues with Nepal, Sri Lanka, and even China. The difference now is the emergence of China as a superpower, while then, the world was becoming unipolar. Lessons from then should not go waste.