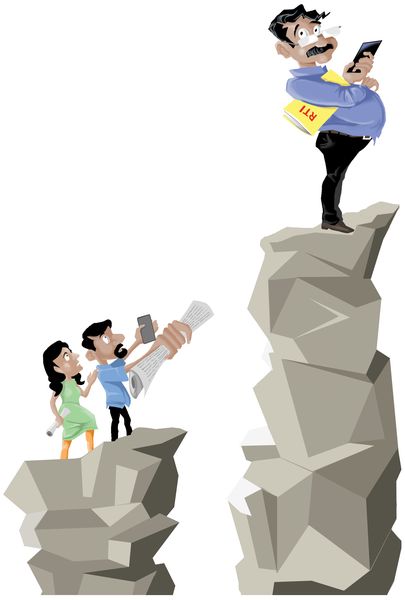 ON THE MORNING of April 24, activist Raghvendra Dubey received a WhatsApp message that left him pleasantly surprised. It was the Rewa district food controller’s reply to his application under the Right to Information Act; he had wanted to know how many people in Rewa’s Kot village had received free ration under the Pradhan Mantri Garib Kalyan Anna Yojana.

Dubey was surprised not only because he got his response through WhatsApp, but also because he had submitted the RTI application just the previous night. It was probably a first for the instant messaging service to be used to respond to RTI queries.

Mentioning this incident, Madhya Pradesh Information Commissioner Rahul Singh said the alacrity displayed by the food controller was perhaps because he had been previously penalised by the commission for not giving information related to distribution of ration. “This episode showed the importance of RTI in times like the Covid-19 pandemic, when information, especially that which pertains to life and liberty of the individual, has to be provided,” Singh said.

The information commissioner put out a message on Twitter, urging people who had any complaints about distribution of food grain to file RTI applications under Section 7(1) of the Act, under which information has to be provided by the relevant authority within 48 hours. He said that transparency was essential during the lockdown.

The Rewa incident made clear the importance of RTI for holding the state agencies accountable for the measures taken to deal with Covid-19. However, the virus has had a debilitating effect on the transparency framework put in place under the 2005 law, especially affecting the functioning of a majority of the state commissions.

Of the 28 state information commissions, seven had resumed functioning after a brief pause because of the lockdown. Arunachal Pradesh is hearing matters online, while Chhattisgarh is hearing cases both through video-conferencing and in person. Telangana has been conducting hearings over phone. Punjab, Rajasthan and Manipur have made it clear that they will, for the time being, hear only urgent matters that pertain to life and liberty. The Andhra Pradesh commission is hearing only those appeals where the applicant has been denied information either by the public information officer or the first appellate authority.

A few other commissions sprang back to life after further relaxations were announced for after May 17. The Uttarakhand commission began hearing matters through audio- and video-conferencing on May 22. The Kerala commission resumed hearings over phone on May 21. The information commission in Gujarat is conducting audio-visual hearings from May 26. In nine states, matters stand adjourned till the end of lockdown—it was either declared on their website or found out on enquiry by THE WEEK. The Madhya Pradesh commission had reopened on April 29, but hearings have not been taking place, barring the efforts of Rahul Singh on an individual basis. The Haryana commission, too, has reopened but some benches are not functioning.

As for the remaining commissions, it could not be ascertained when they would resume functioning. The Bihar commission does not have a website, and its office number went unanswered; RTI activists say the commission is not hearing matters. With Sikkim, the number listed against the name of the state chief information commissioner M.B. Gurung turned out to be a wrong number. 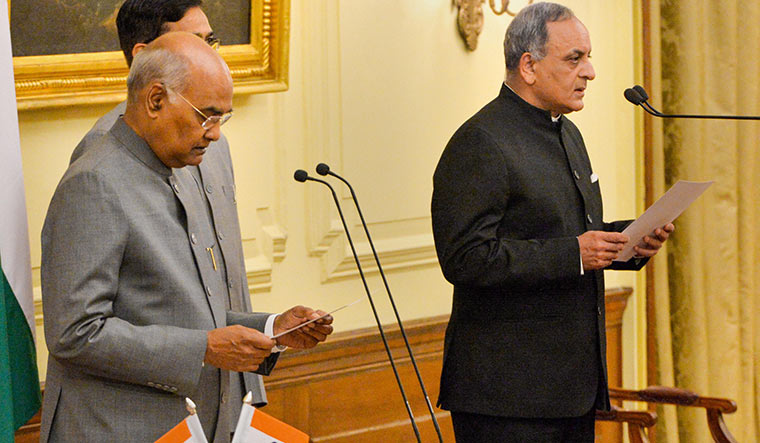 For the people: Bimal Julka (right) was sworn in as chief information commissioner by President Ram Nath Kovind on March 6. During the lockdown, he has urged state commissioners to think of innovative measures to resume hearings | PTI

Experts say the state commissions have failed to safeguard the citizens’ right to information during the pandemic, when it was even more essential to protect their interests. “It is pathetic that the state commissions have not functioned during the lockdown when every section, be it government or private institutions, has embraced technology. They have all begun online meetings and projects,” said RTI activist Vinita Deshmukh.

RTI specialists say the state commissions ought to have followed the lead of the Central Information Commission, which resumed hearings on April 15 using both video-conferencing and audio means. According to the minutes of a meeting Central Information Commissioner Bimal Julka had with the state commissioners on April 29, he urged them to think of innovative measures in these times so that the information seeker is provided all possible relief. In April, during lockdown, the CIC disposed of 548 second appeals.

“If nothing else, hearings could be done over the phone,” said RTI activist Commodore (retired) Lokesh Batra. “While not everyone is expected to have smartphones, even a basic phone would have done the job.”

A rapid phone survey carried out by the Commonwealth Human Rights Initiative (CHRI) during the first two phases of the lockdown found that while the CIC had a system in place to hear matters during the Covid-19 restrictions, the state commissions had largely failed to cope. “The situation now is somewhat better, with the commissions at least opening offices and issuing circulars on what is the status of hearing,” said CHRI researcher Shikha Chhibbar, who conducted the survey.

In a meeting with the CIC, the state bodies brought out the practical difficulties with online hearings due to lack of infrastructure at the state level—like poor internet connectivity in rural areas. Another issue is that of the phone numbers and email IDs of the applicants not being provided in their pleas. There are other constraints, such as public information officers—against whom appeals are taken up—finding it difficult to access files since government offices are closed or are open only to a limited extent, or they are pre-occupied with Covid-19 duty.

“For all commissions, it is an unprecedented situation; it was never envisaged, not even while the Act was drafted,” said Punjab Chief Information Commissioner Suresh Arora. “However, we cannot say that the fundamental right to information is suspended. So, our commission decided to take up pleas that deal with life and liberty.” He said the commission’s effort is to be a facilitator in getting justice done in matters pertaining to health, police or food distribution by taking it up with the concerned departments in an informal capacity.

Referring to the Rewa administration’s anti-encroachment drive that has resulted in families getting displaced amidst lockdown, Rahul Singh said: “If the government has enough resources to carry out an anti-encroachment drive, the officers should also be able to provide information within 48 hours to an application made under Section 7(1).” He said an RTI application in this regard has been taken up by him.

Filing applications is also proving to be difficult as postal and courier services have been affected, and only a few governments have online submission facilities. “The lockdown has turned the citizenry into passive consumers of information that the administration releases on a need-to-know basis,” said Venkatesh Nayak, programme head, access to information programme, CHRI.

RTI activists also say the current situation points to the deeper problem of lack of political will to empower commissions, which begins from delay in appointing commissioners to arbitrariness in the selection process and dilution of the law to take away their autonomy.

Seven state commissions—Assam, Bihar, Goa, Jharkhand, Rajasthan, Tripura and Uttar Pradesh—are headless. RTI activists also questioned the Centre’s compliance report filed recently in the Supreme Court with regard to filling up of vacancies in the CIC. In the status report filed on April 24, the Centre claimed that “the process of appointment in respect of information commissioners in Central Information Commission has been completed within three months” as directed by the Supreme Court in its order of December 16, 2019. But four posts of information commissioners are still vacant.

The activists, meanwhile, have formed a pressure group to try and coax the state commissions to resume functioning. “We are writing letters to all the state information commissioners with the appeal that they should rise up to the occasion,” said activist Vijay Kumbhar. “Why do the commissions have to spring into action only if there is a rap from the court or if there is an agitation?”