Many patients have improved during treatment 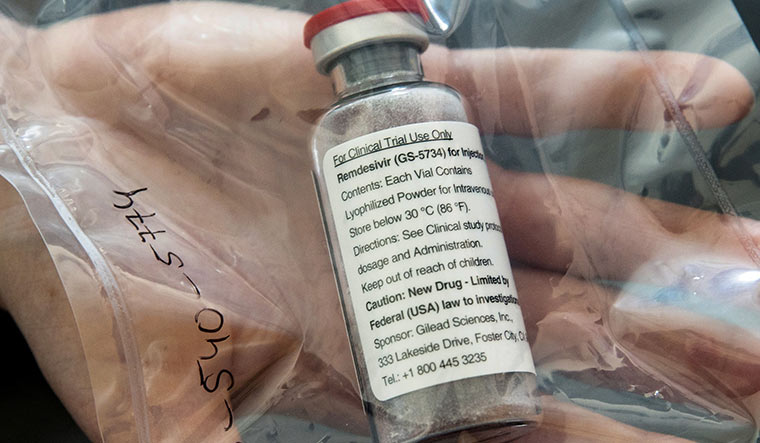 Drops of hope: A vial of remdesivir at a news conference about the start of a study into the drug in hamburg, germany | Reuters 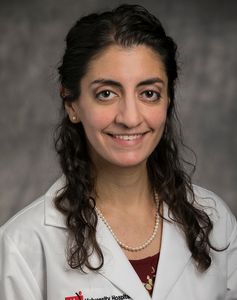 IN THE FRANTIC race between potential cures for Covid-19, the antiviral drug remdesivir has pulled ahead. The US Food and Drug Administration has approved emergency use of the investigational drug on critically ill patients.

Manufactured by Gilead Sciences, remdesivir was originally developed to treat Ebola. The intravenous drug blocks an enzyme in the invading virus and prevents it from replicating itself.

The FDA approval was based on early results of an ongoing clinical trial sponsored by the National Institutes of Health (NIH), which included 1,063 patients from different sites, including the US, Europe and Asia. The drug was shown to shorten the time to recovery by 31 per cent in some patients.

Gilead Sciences is now in talks with generic drug makers in India and Pakistan to produce remdesivir for developing countries.

Dr Anthony Fauci, director of the US National Institute of Allergy and Infectious Diseases, said, “What it has proven is that a drug can block this virus. The data shows that remdesivir has a clear-cut, significant, positive effect in diminishing the time to recovery.”

Said Daniel O’Day, chairman and CEO, Gilead Sciences: “(The approval) opens the way for us to provide emergency use of remdesivir to more patients with severe symptoms.”

The drug has not been tested on people with milder illness and it still needs to get formal approval from the FDA. Its possible side effects include inflammation of the liver and infusion-related issues such as nausea, vomiting, sweating, shivering and low blood pressure.

Also, conflicting results have emerged from a remdesivir study on critically ill patients in China. The study published in The Lancet included 237 severely ill patients who were randomly assigned either remdesivir or a placebo. The researchers could not reach their goal of recruiting 453 patients because of a steep decline in Covid-19 cases. “Our trial found that intravenous remdesivir did not significantly improve the time to clinical improvement, mortality, or time to clearance of virus in patients with serious Covid-19 compared with a placebo,” the study said.

However, Dr Leila Hojat, principal investigator of the clinical trials at University Hospitals, which was one of the first hospitals in the US to open a clinical trial of the drug, is optimistic about remdesivir as a potential treatment. In an interview, Hojat, assistant professor of medicine, Case Western Reserve University in Cleveland, Ohio, talks about the drug, expectations from it and the need to stay realistic. Excerpts:

Q/ Are you excited about remdesivir as a treatment option?

A/ From the beginning, we considered ourselves very lucky to be able to offer remdesivir as a treatment to our patients. Before the trials began, it had demonstrated the strongest activity against Covid-19 compared with any of the other available treatments, and it also did not have the same risk of severe side effects. Yet, it was still unknown whether in the end it would turn out to be ineffective, like it was for Ebola. Now with growing evidence that remdesivir may have a benefit to patients with this disease, we are very enthusiastic about continuing this as a treatment.

Q/ Who should be treated with remdesivir?

A/ Since it needs to be given through a vein, remdesivir should only be given to Covid-19 positive patients who are symptomatic, and in most cases to those who are sick enough to require hospitalisation. It should be avoided in patients with severe baseline kidney or liver disease, as it may not be as well-tolerated.

Q/ What is your personal experience with remdesivir?

A/ We have had many patients improve during treatment and leave the hospital in good condition. But it has not been a miracle cure in that most patients still required a few days of treatment before noticeably improving, and some still had progression of their disease despite treatment. I feel positive about the results I have seen first-hand, but it is just not possible to draw any conclusions from observations at a single site, and we are only one among nearly 200 sites involved in the trials.

Q/ What do you think about the conflicting data from a Chinese study published in The Lancet?

A/ It is always disappointing not to see the results you were hoping for. However, it is crucial to consider these types of studies in their own context. The Lancet study was underpowered; it did not have the required number of patients to truly show a difference between the two groups, which is a limitation the authors acknowledged in their paper. Also, it was performed in 10 sites in one province in China, as opposed to nearly 70 sites throughout the US, Europe and Asia. While I am yet to see the data in its entirety, based on study design alone, the NIH trial would be expected to have more reliable results.

Q/ What is your opinion about future treatment options for Covid-19?

A/ I am eager to see the complete results of the NIH study, and I am also looking forward to seeing the results of our own Gilead-sponsored trials. I feel optimistic that remdesivir will prove to have benefit, but we have to remain realistic. Nothing will replace the intense supportive care and monitoring that is needed in [cases of] severe Covid-19, but perhaps remdesivir will be just enough to get patients through the peak of their disease and ultimately allow them to have a better outcome. We also need an oral option for patients who are not yet ill enough to come to the hospital, and to hopefully prevent them from having to do so. Finally, prevention is still the key; we will continue to see patients become ill until we have an effective vaccine.