The Aam Aadmi Party has no “ism”; if it has an “ism”, it is simply “citizen-ism” 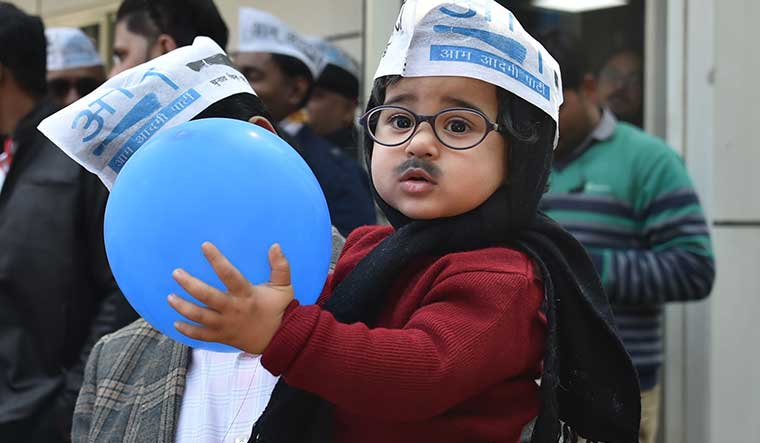 Six decades have passed since American sociologist Daniel Bell, who described himself as a “socialist in economics, a liberal in politics, and a conservative in culture,” predicted the end of ideology. Ideologies have not ended, but political parties without ideology have begun to come up. Arvind Kejriwal’s Aam Aadmi Party, which scored a third consecutive win in Delhi, may perhaps be India’s first—a party sans ideology, but one with a definite programme.

The AAP has no leftist or socialistic pretensions. In the binary of society versus individual, the leftists tend to lean towards society. They look at issues as of a societal or collective nature, and seek political solutions to those issues. The AAP’s politics, on the contrary, is individual- or citizen-oriented. The party looks at issues as issues of the individual citizen, and seeks administrative (not political) solutions to the issues. Leftists talk of collective good; the AAP talks of individual good.

Neither is the AAP rightist. Economic-right parties, such as the British Tories, the American Republicans and the defunct Swatantra, have clear-cut stands on curbing labour rights, bringing in hire-and-fire laws, and encouraging economic laissez-faire. The AAP has no such economic philosophy, at least it has not yet spelt out its philosophy. Nor does the AAP have the identity-rightism of the BJP, the UK Independents, or France’s National Rally, all of which espouse a communal or sectarian nationalism.

Then can we call the AAP centrist, like the Congress? No. Centrist parties adapt their ideology to the changing times and issues. The Congress has been moderate, extremist, believed in mixed economy, switched to regulated laissez-faire, championed secularism, practised minority-ism and also adopted mild hindutva. The AAP has not spelt out its philosophy on any of these issues. It has neither championed Shaheen Bagh nor endorsed the new citizenship law; neither demanded labour reforms nor asked for selling government companies.

The AAP has no “ism”. If it has an “ism”, it is simply “citizen-ism”, something which no political pundit has yet defined in ideological terms. To that extent, the AAP is not a “political” party, but a “civic” party. It practises not politics, but civics—especially the civics of what citizens ought to get from the state, and ought to give the state.

At the same time, the party carries within it elements of ideological parties. It believes in leftist kind of welfare policies, by which the state distributes largesse to the citizens (not necessarily to the society). The free power, water, schools, transport and clinics are all largesses given away by a left-leaning administration to its citizens.

Flip the coin and you find elements of classical rightism, especially in the AAP’s inclination towards the platform of individual rights. Its espousal of causes such as the right to information demanded of a state that withholds it, and its strident campaign against the bribe-taking clerkdom have all been rightist causes.

Is this the way forward for political parties? In the cosmopolitan, largely middle-class civic polity of Delhi, where civic issues are more pronounced in political discourse than are political issues, the AAP kind of politics may prevail for long. Nationalism, hindutva or minority appeasement are less of the people’s concerns than concerns over garbage piles, the quality of schools and clinics, and the price of power and water. As long as he can deliver on them, and continue to be vigilant against clerical corruption, Kejriwal will prevail.

But the same may not work in larger provincial or national politics where the politics will continue to be played out in terms of welfare, growth, aspirations, empowerment and identity. One also ought to remember that Kejriwal’s attempts to make inroads even into neighbouring Haryana have been a miserable failure.