The Air Force wants more aircraft to be made in India, but it could take time 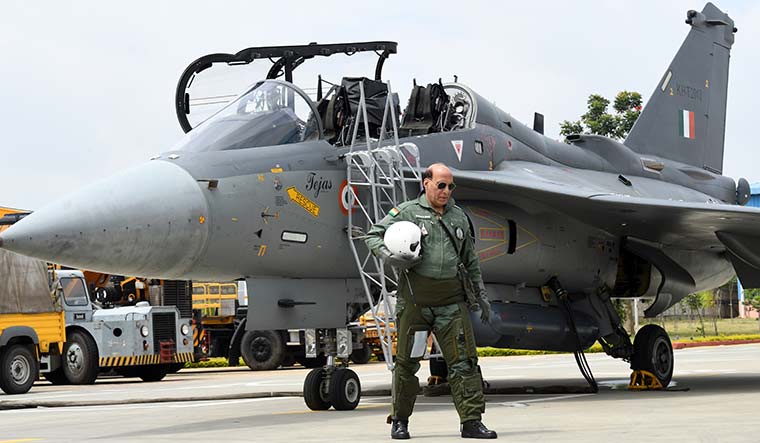 AIR CHIEF MARSHAL R.K.S. Bhadauria recently said that the days of importing jets were over, and that the 36 Rafale jets, from France, could be the last of such imports.

The statement came at a time when the Indian Air Force is desperate to get fighter planes—the Rafale jets will become fully operational only by October 2022. The Air Force had raised the requirement for a medium multi-role combat aircraft—a slot now filled by Rafale—in 2001. And though the Air Force had asked for 126 jets, it got only 36.

“We will have to go through this 10- to 20-year period, and finally we will be there. Otherwise, we will never be able to indigenise,” said Bhadauria. “At least in 90 per cent of cases, I think we will be able to manage with indigenous technologies.”

The Air Force is banking heavily on the light combat aircraft Tejas, the home-built jet meant to replace the obsolete MiG-21s. The Air Force is slated to get 40 Tejas Mk I aircraft and 83 Mk1A will be ordered soon. The Mk1A, an advanced version, will have improved serviceability, shorter weapon-loading time, a better electronic warfare suite and an AESA (active electronically scanned array) radar.

Incidentally, Bhadauria was a Tejas test pilot when the US had imposed sanctions on India following the 1998 nuclear test in Pokhran. The Tejas made its first flight in January 2001.

Then there is the Tejas Mk2, the medium-weight fighter that will replace the Mirage fighter jets. According to the Aeronautical Development Agency, which is the developing agency for Tejas, the preliminary design phase is complete and detailed designing is in progress.

DRDO chief G. Satheesh Reddy had recently told THE WEEK that the design for the Tejas Mk2 was ready. “The first flight of Mk2 will happen in 2022 and it will take another five to six years to get to production,” he said. “By that time, the Mirage will complete its lifespan.”

Ironically, in 2017, the Air Force had told National Security Adviser Ajit Doval that the Tejas was “not enough to protect the Indian skies”. From its endurance to payload capacity, the Tejas has nearly 40 shortcomings, according to the Air Force. The Air Force headquarters had also asked Hindustan Aeronautics Ltd and ADA for 42 modifications to the aircraft. Moreover, the Air Force had once claimed that the maintenance cost of the Tejas was too high: It needed 20 hours of servicing for every hour of flying.

“The IAF has been constantly changing its goalpost,” said a former HAL chief, who did not want to be named. “Despite our best efforts to meet its requirements, it comes up with additional modifications. I would say that a section of the IAF never wanted to have the Tejas in its inventory. And it demoralised the scientists working on the project.” 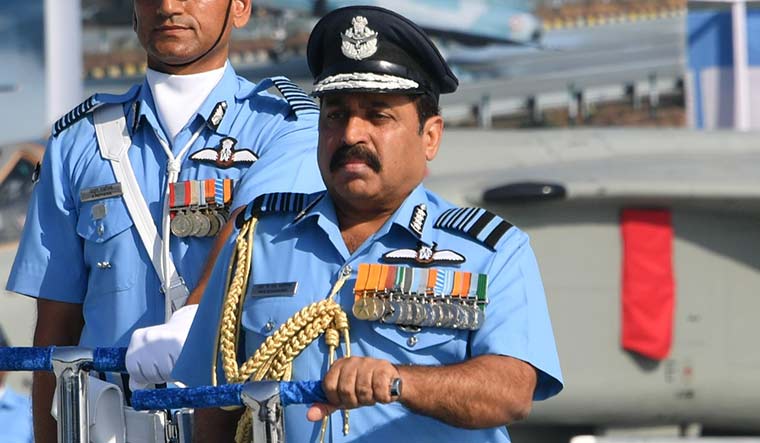 While the Tejas project trudges along, the Air Force has another programme to acquire 114 medium multi-role fighter jets. These jets will be built in India under the strategic partnership model. Six global players have shown interest in the Make in India programme: Dassault Aviation (Rafale), Airbus (Eurofighter), Saab (Gripen E), Boeing (F/A-18), Lockheed Martin (F-21), and the Russians with MiG-35 and Su-35.

“Our partnership with the Indian industry on the F-21 for the Air Force will put India at the epicentre of the world’s largest defence ecosystem and deliver unmatched sustainment and export opportunities,” Vivek Lall, vice president of strategy and business development, Lockheed Martin Aeronautics, recently told THE WEEK. Lockheed Martin has tied up with Tata Advanced Systems as its Indian partner to compete in the Air Force’s jet hunt.

Sukaran Singh, CEO and managing director of Tata Advanced Systems, said, “We hope to further grow this relationship with the F-21 project and other world-class programmes.”

While Dassault Aviation has its collaboration with the Reliance Group, Saab has tied up with Adani Defence. Boeing has announced Mahindra Defence Systems and HAL as its Indian partners, but Airbus and the Russian firms are yet to announce theirs.

“The journey has started on a high and it is important to sustain the momentum if India wants to create a robust base of indigenous capabilities,” Ashish Rajvanshi, head of Adani Defence, told The WEEK.

The 114-jet programme is primarily aimed at giving exposure to the private sector, and most foreign companies who have tied up with Indian ones have offered to set up production facilities in India.

The Air Force’s search for a fifth-generation fighter aircraft could also end with an indigenous option. India and Russia had been working on a joint project to develop an FGFA since 2007, but Delhi cancelled the project last year. “We have no plans to import any FGFA, nor will we enter into any joint development of the FGFA with a foreign country,” said Bhadauria.

The Air Force will now put its money on the DRDO’s advanced medium combat aircraft (AMCA), which the agency says is a fifth generation twin-engine stealth aircraft. The DRDO has completed its feasibility and configuration studies.

“The AMCA will be initially propelled by a US-origin GE F414 engine with a thrust of over 90kN,” Reddy told THE WEEK. “But this will be an interim step till a higher-thrust engine of 110kN is finalised.”

In another indigenous programme, the Air Force is looking at the HAL-built trainer jet HTT-40. Though trials of the trainer jet are not yet over, the Air Force has already cancelled the order of 38 Pilatus jets from a Swiss firm.

“Since the IAF chief has committed strongly in favour of indigenous options, it is high time the Indian players delivered. The HAL needs to pull up its socks to gain confidence of the Air Force,” said an air vice marshal. He added that indigenous players keep cribbing about orders from the Air Force. And now, if they do not deliver on time, the Air Force will have no option but to buy from outside.

“Developing indigenous capability needs a longterm, coherent national strategy,” said an air marshal. “More importantly, it needs honesty in understanding the existing capabilities, integrity and accountability. You do not get indigenous just because you claim to be so. It has to be demonstrated through performance, accountability and by recognising the fact that you achieve capability through incremental development.”