We face a huge migrant influx from Myanmar 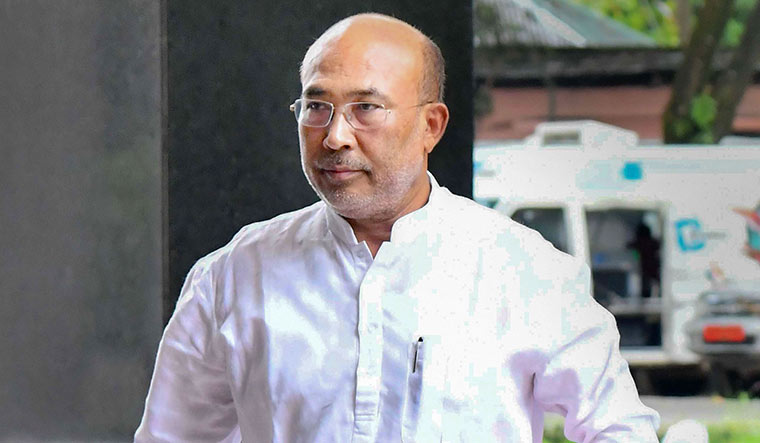 Manipur has become the first state after Assam to formally resolve to adopt the National Register of Citizens. The state cabinet has already greenlighted the controversial project. Defending the decision, Chief Minister N. Biren Singh told THE WEEK that his state was facing threat from the continued influx of migrants, especially from Myanmar.

Your government has approved the decision to launch the NRC in Manipur.

After Assam, Manipur is a fit case for the NRC. So we have passed a resolution in the cabinet to implement it. We share a border with Myanmar and there is a lot of migrant inflow from there. We need to detect them and drive them out because they are using our resources.

But the Assam Rifles is on the job checking infiltrators.

Yes. But we have a free movement regime (FMR) up to 16km on both sides of the border. While we ensure that our people who cross over to Myanmar come back, it does not happen the other way round. People take advantage of it and settle in our state. It is very difficult to identify and check Myanmarese citizens because of their ethnic similarities with our people. The Rohingyas also make use of the FMR and sneak through our border. We need to check it urgently.

Did you discuss the issue with Union Home Minister Amit Shah during the chief ministers’ meeting held recently in Guwahati?

It was part of the discussion. I handed him our cabinet decision. He supported my move.

But the NRC was meant only for Assam.

It was done for Assam as part of the Assam Accord. But do not forget that it is called the National Register of Citizens. If it was meant only for Assam, then it would have been the Assam Register. Amit Shah, in fact, told us the same thing.

You seem energised after the Assam NRC.

We have a border with Myanmar and the situation in that country is not good. We also share a border with Assam and people from Assam have started sneaking into our territory.

Is the situation really alarming?

Of course. Though I did not do any study, unofficial estimates point towards lakhs of foreigners.

Why didn’t you do any study?

It is a national exercise and related to national affairs.

You did not want to spend money on it.

Yes, you are right to an extent. The Assam exercise cost more than
Rs100 crore. I do not want to release money from my exchequer.

But a study would have been required before the cabinet decision.

Look, it is a tricky process. The Assam exercise needed more than 50,000 employees for investigation. We need Central assistance. I am in touch with the Union home minister and hope to get all help very soon.

But why is there so much urgency about the NRC?

I am planning many development projects for my state such as making 50 national-level tourist spots. People do not know how beautiful Manipur is. I need tourists to boost our economy.

Has it got anything to do with the NRC?

Of course. Land is the prime issue. People have encroached government land.

Many Gorkhas of Nepali origin also stay in Manipur.

They number in lakhs. They do not have land rights. They take land on lease in the hills and stay. All foreigners will have to go. Others can stay here. With the NRC, it will be easy for us to implement development work. The Army and the Central forces along with state police forces have brought peace to Manipur. This is the right time to conduct the NRC.