I want NRC because of Bangladeshi infiltrators 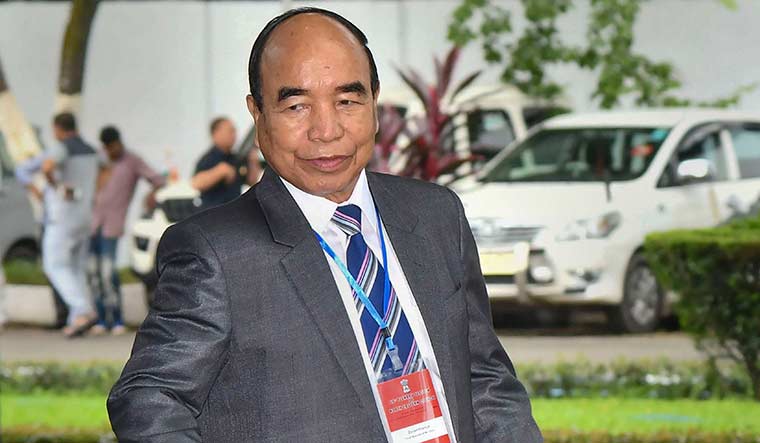 Mizoram burned during the 2018 assembly elections over the issue of voting rights to alleged illegal immigrants like the Brus and the Chakmas. The government was forced to transfer the chief electoral officer under pressure from political parties and civil society groups. Those groups are now at the forefront of demanding the NRC in Mizoram. In an exclusive interview with THE WEEK, Chief Minister Zoramthanga, too, spoke in support of the NRC, but his words were marked by abundant caution.

What is your stand on implementing the NRC in Mizoram?

We have not yet started discussions on it at the cabinet level. But we are in favour of it. Mizoram is not an isolated state and cannot be segregated from the rest of India. We have immigrants’ issue here. I am looking at how the NRC will help us. If we do it in the conventional way, there might not be too many people in the list.

You do not sound very confident.

I want the NRC because Bangladeshi infiltrators are here in the form of Chakmas. I am not against Bengalis from West Bengal or elsewhere who are here with the inner line permit.

But the Chakmas have an MLA.

Yes. And he is unfortunately from the BJP.

When do you plan to initiate the NRC?

No discussion has yet been done. I will take it up very soon with my cabinet colleagues.

So a resolution in the cabinet is expected soon.

No cabinet approval is needed to conduct the NRC. It is nothing but updating your citizenship record. It is not Mizoram-specific. Ours is a compact society, but we need to check people from the neighbouring country coming over and settling here. We can do it without the NRC with help from the security forces. But for people like the Chakmas, who have come from Bangladesh, we need the NRC.

What about the Brus who caused a huge controversy during the last assembly elections?

A section of the Brus are illegal, but not all of them. Many of them have been living here for years. But the new ones will be checked.

Will you take up the issue in the assembly? West Bengal, for instance, passed a resolution against the NRC.

No consultation is needed, but yes, it will be discussed in the assembly. We will take everybody on board. But my government is more interested in halting the infiltrators than conducting the NRC. We prefer to detect the disease first and then give the medicine rather than treating it when we know there is no cure.

Manipur has already decided in favour of the NRC.

I welcome the decision. But it is a mammoth exercise and a state alone cannot do it.

Have you discussed it with the Union home minister?

The issue was discussed in general, but I have not raised my concerns so far with him. Before taking a final decision, I will discuss it with him after consulting my cabinet colleagues. There were many issues in the Assam NRC, which should not be repeated.