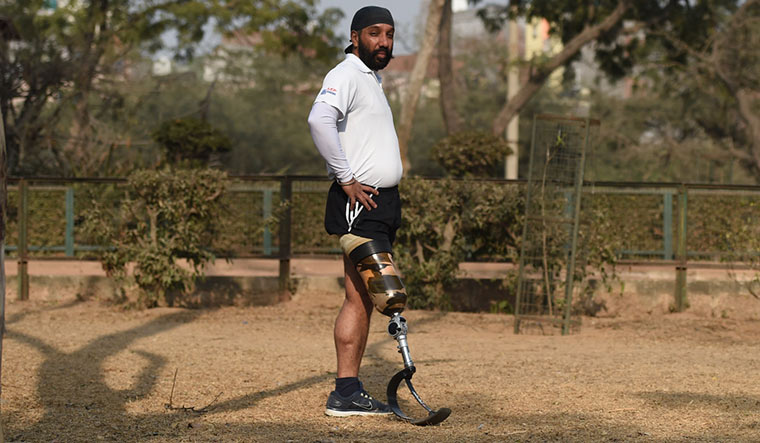 ON AUGUST 23, 1965, an Army patrol led by Captain Vijay Oberoi ran into an ambush set up by a group of self-styled guerillas on the outskirts of Srinagar. The firefight with the guerillas, who were, in fact, Pakistani soldiers in disguise, went on for an hour. Although Oberoi’s team emerged victorious, the 24-year-old officer took a bullet in his right leg. At the military hospital, doctors found that the bullet had ruptured the young captain’s femoral artery, and had to amputate the leg.

Discharged from the hospital, Oberoi was given three choices. Quit the Army on medical grounds, apply for a desk job or return to his unit and not expect any preferential treatment. Oberoi opted for the third option and served for 36 years, retiring as vice chief of the Army. The wooden right leg was never a hindrance for him. The only privilege Oberoi ever received over his peers was the disability pension he got upon his retirement in 2001, which has slightly higher monetary benefits.

Oberoi was, however, in for a shock after the government decided to tax certain disability pensions, saying the provision was being misused. The Central Board of Direct Taxes issued a notification on June 24, limiting the tax exemption only to armed forces personnel who are forced to leave the service because of disability, and not for those who chose to continue.

“While going for battle, we know that we might get wounded, disabled or killed. We answer the call of duty with the strong conviction that we and our families will be taken care of. This unwritten covenant is now under grave threat,” said Oberoi.

Ironically, the order curtailing the benefits was issued by the Union finance ministry led by Nirmala Sitharaman, who was defence minister till May. It has put her successor in the defence ministry, Rajnath Singh, in a tight spot. After the issue was raised in Parliament by Adhir Ranjan Chowdhury of the Congress, Rajnath, who enjoys a pro-soldier image, said he would look into the issue. 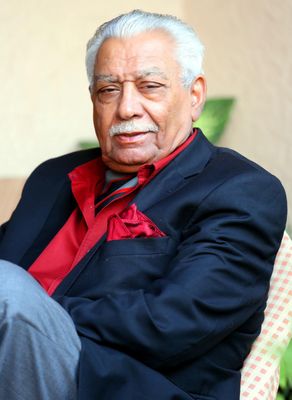 But before he could do so, Sitharaman’s office tweeted an unsigned internal note saying the provision of tax exemption was being misused. The Army headquarters, too, has backed the move. In a series of tweets, it criticised personnel seeking disability even for lifestyle diseases and for tax purposes and said it showed a worrying trend in the face of security challenges to the nation. Incidentally, the Army had observed 2018 as the “Year of Disabled Soldiers in Line of Duty”. Rajnath has now informed Parliament that he had asked for a review of the decision.

The Army said the alarming increase in the number of beneficiaries availing disability pension had forced it to take remedial measures. More than 2,000 officers, including 85 brigadiers and major generals, have sought disability pensions for lifestyle diseases like diabetes and high blood pressure in the last two years.

The trend began following the hike in disability pensions recommended by the sixth pay commission in 2006. The seventh pay commission subsequently noted that there was a huge jump in such cases, especially among the senior ranks. It was highlighted in December 2014 by Lieutenant General B.K. Chopra, director-general of the Armed Forces Medical Services, in a letter to the defence secretary. Chopra wanted the practice to be curbed “to prevent the inevitable epidemic of such cases in the future”.

Brigadier (retd) S.S. Ahluwalia, who lost his toes from frostbite while capturing the Pakistani post on the Saltoro ridge in Jammu and Kashmir during the 1971 war, said the CBDT’s notification would be struck down by any court of law. “I was wounded in 1971, but I served till 2000 with disability. The latest order is demeaning,” he said. “I would say it is petty mindedness of the government. All those lifestyle diseases are caused by service conditions,” said Ahluwalia.

Major (retd) Nadveep Singh, who was part of an experts committee on veterans set up when Manohar Parrikar was defence minister, said peer-reviewed research in other democracies had shown a direct linkage between military service and lifestyle diseases like hypertension, cardiovascular problems and diabetes. He said the CBDT order was contrary to rules on the subject, contemptuous to court rulings, disrespectful of commissions and committees which examined the issue and was even against the stated position of the government.

Another veteran, Major (retd) D.P. Singh, who lost a part of his right leg during the Kargil war and later became famous as India’s first blade runner, said the new order would affect the morale of future generations as well. “When we are tasked with a challenging situation, we immerse ourselves to the maximum possible extent as the expected result is nothing but success. So when we hang up our boots, if a feeling arises that we erred by dedicating ourselves to the nation and the cause, that is the worst a soldier can feel,” said Singh. He said if the Army acted miserly in taking care of its own people, the young generation would be reluctant to devote their lives for the country.

“Do punish the guilty if that really is the case, but the blanket ban indicates insufficient application of mind,” said Oberoi. “The country prides itself on the uprightness and self-discipline of the military personnel. But now, a perception that we are as bad as the rest will gain ground.”