"No player did what Socrates did off the field," says Andrew Downie 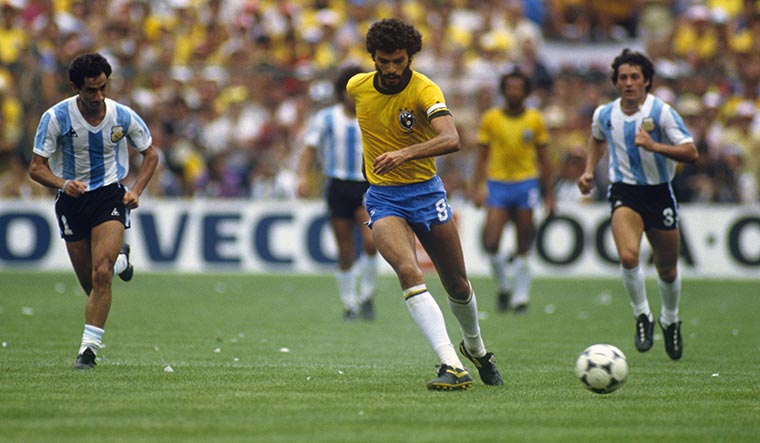 World at his feet: Socrates in action against Argentina at the 1982 World Cup in Spain | Getty Images

He dribbled the ball around the flailing keeper and walked the ball towards the goal. He stopped on the goal line, turned around to face the other players and back-heeled his third and Botafogo’s sixth into the net....

The man with the 'heel of gold', Sócrates Brasileiro was a leader and idol at Sao Paulo’s storied Corinthians club, and the captain of Brazil’s 1982 World Cup team. To understand Sócrates’s contribution, it is important to understand the times he lived in. He grew up during the brutal 21-year military dictatorship that changed Brazil, and achieved football glory at its tail end, when the country was under economic distress. It was a spirited, hopeful, energetic and chaotic time and place.

Sócrates transcended football, says journalist and author Andrew Downie, whose books include Doctor Sócrates and The Greatest Show on Earth, the latter about the 1970 World Cup. “He stood out on the field because he looked unusual [with his headband and beard],” Downie told THE WEEK. “He caught people’s attention by using the back heel in a way no player had ever done before, nor after.”

Sócrates, he says, had small feet and found it difficult to turn. “He would often get rid of the ball, because it was simpler than stopping the ball and turning. It was also quicker,” says Downie. “He wasn't very muscular when he was young and loved to play in local leagues in Riberao Preto [westernmost city in São Paulo state] with older people. He knew that if he held on to the ball for too long, one of these defenders would come up and hurt him, so what he would often do is to get rid of the ball as quickly as he could. And the quickest way to do that was by using the back heel, laying off anybody quickly.” Sócrates was one of the greatest playmakers of his generation, one who would be remembered equally for his goals and assists. “He used the back heel as often as he could, although calling it that way was to diminish its complexity,” writes Downie in his biography. Sócrates used every part of his foot to pass the ball. He used the back of his foot for volleys, to flick the ball sideways, and to make defense-splitting 20-yard passes, and he would often put his foot on top of the ball and roll it to teammates.

Downie says that Sócrates’s play was pragmatic and that he performed back heels not as a way to show off, but with a purpose. In his book, he quotes Zico, a World Cup teammate: “It gave him a dimension that rivals did not have, and defenders did not know how to defend.” The ultimate accolade came from Pele, who famously said that Sócrates “played better with his back to goal than most players did facing forward.” 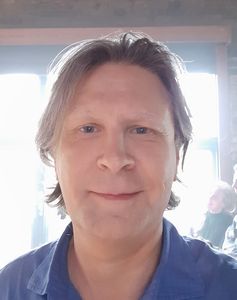 There was a moment of Sócrates magic in the first match of the 1982 World Cup, against the Soviet Union in the Ramón Sánchez Pizjuán stadium in Seville, Spain. Around the 75th minute, he stops the ball with his right foot and charges forward about 10 yards; as a defender comes in for the tackle, he cuts to the right, goes past another defender, and, without looking up, sends the ball into the top-left corner, clearing the fingertips of the lunging Rinat Dasayev.

Dasayev was probably the best goalkeeper at the time, says Downie, adding that the moment marked perhaps “one of the greatest moments of Sócrates’s life, not just his playing life.” Sócrates made a big deal of it in his memoir. “It was his first game as captain of Brazil which had been his dream for a long time, the romance of the World Cup,” says Downie.

He scored the winning goal when Brazil were just not very good, noted Downie. “But they came from behind and Socrates scored that remarkable goal, the volley, from like 25 yards out.” Brazil won 2-1.

“One of the main reasons Sócrates chose football over medicine (he received his degree from the Medical University of São Paulo in 1997) was to play in sport’s most glamorous tournament, and he took a conscious decision to make every sacrifice necessary,” writes Downie. “[Trainer Gilberto] Tim, with the help of Corinthians trainer Hélio Maffia, put him on a strict fitness regime designed to turn that fat into muscle.... After five months of hard work in the gym and on the training ground, his chest, biceps, thighs and hamstrings all got bigger, while his waist stayed the same. The changes transformed him into a stronger and quicker footballer. He could jump higher than any of them (other players) from a running start and no one covered 30 metres quicker.”

Later in the tournament, though, Sócrates bore the heartbreak of the 2-3 loss to Italy. In a do-or-die battle in which Sócrates scored, Paolo Rossi's hat-trick did the trick for the Italians. Downie describes how, among his teammates' tears, Sócrates mustered an inspiring speech drawing upon the team’s pride and friendship, a speech which none of the players could ever forget.

Though he never won a World Cup or a Libertadores, Sócrates was a player of great impact. In the 60 times he wore the yellow, he scored 22 goals. His younger brother, Raí, was part of the World cup-winning Brazil team of 1994, and scored 17 goals in 49 matches for his country.

Sócrates has often been described as the most original player in Brazilian football, but he was never disciplined. He drank heavily, and smoked like there was no tomorrow. His argument was that footballers are actors and they have this influence, and they can use it, explains Downie. “I am an anti-athlete,” he once said in an interview. “I cannot deny myself certain lapses from the strict regime of a sportsman. You have to take me as I am.”

His mental makeup and thought process could have been shaped by the books he read as a child. His father, a government officer, maintained an excellent library at home. The collection had to be destroyed when the Brazilian army, with US support, overthrew President Joao Goulart. “My father had to tear up the books,” Sócrates, who was 10 at the time, would later recall. “It was absurd, because the library was the thing he liked best.” The books and the event shaped his thinking and he became a leftist in later life.

It is not an exaggeration to say that Sócrates and Corinthians played a part in moving Brazil to democracy, says Downie. He was the main player for the biggest team in São Paulo and he used that to instruct people. He would come to conclusions quickly about issues, because he was well informed. He came from a privileged background and was educated at the best institutions. Sócrates was a voracious reader. “He loved to sit there with sociologists, psychologists, architects, planners, and filmmakers... he liked to meet them all,” says Downie. In a country which, at the time, had a high rate of illiteracy and lived under a dictatorship heavy on censorship and control, “there was a whole generation of people who did not know human rights or freedom of speech or democracy,” explains Downie. “He would talk about football, when asked a question, and then he would talk about education, democracy, rights.” He was definitely one of the prototypes for the celebrity activists we see now, such as Colin Kaepernick, LeBron James, and Mark Fraser, says Downie. At Corinthians, Sócrates organised a movement advocating democratic rights for players and set a self-rule system which came to be known as Corinthians Democracy. Off the field he spoke to crowds of over a million or more at street protests, calling for an end to authoritarian rule.

Downie recalls Sócrates telling him how he would take the newspaper to the team hotel, take out the sports section and leave it on the table trying to get other players to read it and learn about the economy, politics and world affairs.

“If you look at the true icons of football Maradona, Pelé, Cristiano Ronaldo, these players are all iconic,” says Downie. “None of them did anything like what Sócrates did off the field. That is what makes him such a special person.”

Sócrates was saying, and Corinthians was implementing a philosophy that said, in his words: “Let’s try to make sure that nothing comes from the top down, because the best solutions are always with those who are hands-on.”

'Diretas Já' (Direct Elections Now) was a political movement growing in popularity that called for the resumption of direct elections in Brazil. Sócrates and his teammates became participants in the campaign, helping mobilise millions and adding democratic slogans on their uniforms and headbands. More pointedly, they celebrated their goals with a raised fist linking their cause with black power, and of protest on behalf of human rights.

No one in the world, certainly not in Brazil, has ever repeated the experiment of Corinthians Democracy, Downie points out. “It was incredible when it was going on, it is sort of wonderful that we are talking about today,” he says. “But the fact that no one has repeated it tells its own story.”

Sócrates, who married four times and had six children, died in 2011 at the age of 57. Even though he had health complications thanks to the excesses, it was food poisoning that ultimately claimed his life. “Whoever shared life with him enjoyed the special person he was­ ―intelligent, cultured, fun, a ball ace,” said former World Cup teammate Junior, speaking to Australia’s ABC News at the time of Sócrates’s death. “He's the kind of figure hard to find in football. Sócrates was a buddy, a great friend, one of those figures football's going to miss for everything he represented.”

The ultimate tribute came from Rossi, whose three goals destroyed one of Brazil's greatest teams: “A piece of our history has broken off and gone away.”