Venugopal says it is not a rebranding exercise for Rahul Gandhi 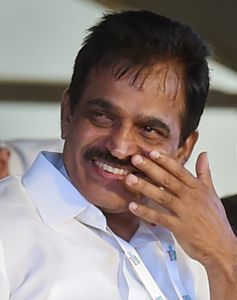 Q\ What is the political significance of the Bharat Jodo Yatra?

A\ For the first time in the history of the country, a political party is undertaking a pan-India yatra from Kanyakumari to Kashmir. Why are we conducting the yatra now? It is because of the prevailing environment in the country–the growing sentiment of hatred and divisiveness. It is high time an effort is made to unite the people of India and to listen to their concerns.

Q\ Should we look at the yatra from the prism of the 2024 Lok Sabha elections?

A\ This is not an election yatra at all. Elections will come and go. But certainly, Congress workers and leaders across India are jubilant and energised. And the yatra will definitely help in re-energising the organisation. The Congress believes that in one way this is the biggest tool for rebuilding the organisation from the grassroots, which is going to be helpful in elections also.

Q\ Critics would say that this is another attempt at rebranding or relaunching Rahul Gandhi.

A\ In a democracy, we have to appreciate the words of our critics. We are not like the BJP. We welcome positive criticism. But this is not a rebranding exercise. The yatra has not been planned in such a way. This is clearly a sincere attempt by the Congress to unite the people of this country against the extremely undemocratic, fascist attitude of the Union government. Every day, the rich are becoming richer, and the poor are getting poorer. Caste-based and religion-based politics is thriving. The agencies which we considered neutral, like the CBI, the ED, the Income Tax Department and the Election Commission are working under the Centre’s pressure. Even courts are not spared and judges are openly saying they are not free. Can I put a question to you? Does the media have the freedom to write about what is happening in this country? Such is the atmosphere in the country, and the aim of the yatra is to highlight all these issues.

Q\ While the party undertakes the yatra, voices of dissent can be heard in the party, for example, with regard to the neutrality of the process to elect the new party president.

A\ It only depicts the democracy that exists within the Congress. Certain concerns were raised and they have been addressed as well.

Q\ There is a lot of curiosity over whether Rahul Gandhi will take a break from the yatra to file his nomination for the Congress presidential election.

A\ Rahul Gandhi has already said that he does not want to become Congress president. But finally the call has to be taken by him alone. I am not in a position to say anything. You must wait till September 24, when the nomination process will start.