Santhals have several achievers among them

But the tribe has a long way to go 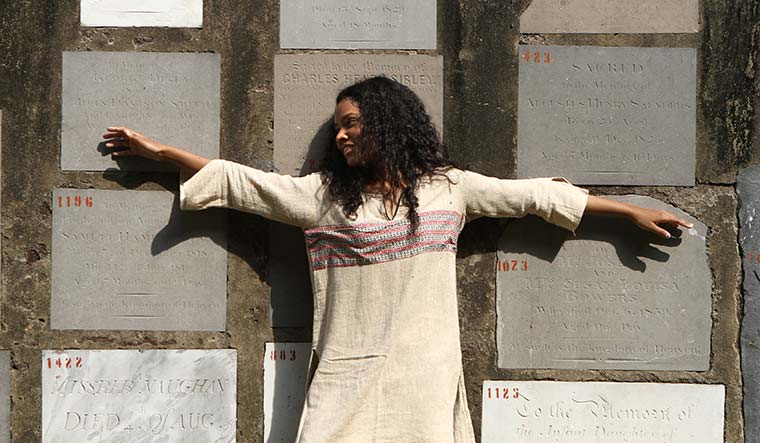 AS SHE HEARD Droupadi Murmu's candidacy being announced, 29-year-old Purnima Hembram jumped with joy. The heptathlon athlete, who has won medals in Asian Games, hails from the same place and community as Murmu. "Murmu's success is symbolic of the Santhals' biting desperation to grow. The thirst to get out of our wretchedness and claim our rightful position in society drives us more than anything else," says Hembram over the phone from Patiala, where she is training for the next Asian Games.

Hembram is the first woman from her community in the village of Asana in Mayurbhanj to make it big in international athletics. "There was a time when this was unthinkable. Our identity was our biggest obstacle. But today, it is our strength. Of course, reservation has given us an edge, but more importantly, it is the awareness that we are no less intelligent and able, that has helped us. We want to put our stamp on every field now," says Hembram.

Hembram married a footballer, Arjun Tudu, also a Santhal. The couple hold government jobs and make more than a lakh rupees a month, something which she says was "beyond the family's wildest imagination”.

The Santhals, the largest chunk among India's tribal population, have been making strides in various walks of life. Those who have made it attribute their success to an innate desire to break free from the chain of poverty and discrimination, and to Christian missionaries’ support and to serendipity.

Says Divya Hansda, a filmmaker and film editor living in Mumbai: "If there were atrocities upon us, those were suffered by our forefathers. But, we have moved forward, really. Neither my parents nor we suffered any injustice. We just want to be accepted into the mainstream, and for that we are banking on education and good jobs." 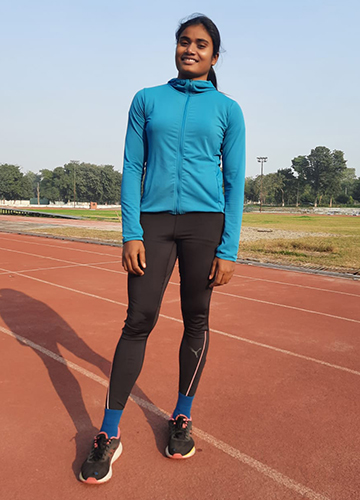 Hansda studied at Kolkata's St Xavier's College and Satyajit Ray Film and Television Institute. Born and raised in the village of Taljhari in the district of Sahibganj in Jharkhand, Hansda says missionaries played a major part in her family's progress. Her forefathers converted to Christianity, two of her uncles settled in foreign lands and her father practised in a district missionary hospital after graduating from the Patna Medical College.

But she has not entirely been spared of regressive practices. She married a Brahmin from Bengal, and "obviously" neither family approved of the match. The couple still stay separate, and do not frequent each other's in-laws. "Before we got married, this thought of knowing each other's caste never even occurred to us,” says Hansda. “All that mattered was that both of us were doing well in the film school and that we had bright careers ahead of us.”

The Santhals have their distinctive features. "We are short, flat-nosed and dark-skinned, with a broad forehead,” says Hansda. “Yet, in bigger cities where one's identity is closely connected to the work one does, and anonymity isn't a luxury, it does not matter. It is easier to meld into the mainstream, to send our children to good schools and to focus on our growth minus all the negativity."

Nirmala Puthul, twice panchayat chief of Kuruwa village in the district of Dumka in Jharkhand, has to her credit two published books of poetry written in Santhali. In her poems, she questions the very tenets of development and progress through the prism of tribal rights. Puthul hails from a "very backward and impoverished background" wherein it was difficult to get enough food for two square meals a day.

Her parents were farm workers who also worked in brick kilns. "I have seen my grandparents being forced out of the house and mistreated a number of times. But it ended with that," she says. "Now we are educated, and the government is giving us numerous benefits. Our economic situation is much better now."

Puthul took her BA from Indira Gandhi National Open University. Despite having proved herself as a person and as a poet, she still gets ridicule from her peers among upper castes. "But now we have learnt to turn a deaf ear," she says, "because we are increasingly turning self-reliant."

Education, facilitated by reservation, has spurred the progress of the Santhals, says Premchand Murmu, an alumnus of Jawaharlal Nehru University in Delhi who was a State Bank of India employee. "That does not discount the efforts put in by the Santhal children,” he says. “Today they are high scorers at par with those from the general category. My daughters are proof of that. They have aced all their exams."

The eldest of his three daughters, who completed her BTech and MBA, has just moved to England on a scholarship for a yearlong course. The second daughter has pursued three master's degrees and is employed in the central excise department at Ranchi. The third daughter is doing her PhD in biotechnology in Pune.

"Our identity as a scheduled tribe ceased to bother us long back," he says. "The desire to lead a peaceful, cultured and moderately good life took precedence over everything else." The fortunes for the family had changed for the better when his father became an MLA, thanks to his friendship with sportsman-turned politician Jaspal Singh Munda.

Even though Santhals have progressed in diverse fields, nothing much has changed in the village, says Hembram. "It is just as remote, as if caught in a time warp. Hopefully things will change now. But the poverty is too deep and sickening, and pulls you down. My family back home is still subsisting on government benefits of wheat and rice at Rs2 a kilo." Most of her own friends got married even before they could finish Class 10. Girls like Hembram revolted.

Binita Soren, first Santhal woman to scale Everest, is another gritty persona. "I will never forget how terrified I was of marriage back then. I think for many of us it started with this deep desire for change. Only because of that could we do what we did," says Soren. She graduated in economics and scaled several other peaks, after her Everest conquest.

Says Hembram: “I think we have come a long way now. Yet, even today children in my village continue to run barefoot. The silver lining is, at least they have started believing that if they invest in sports, they can change the fortunes of their family.”

On paper the percentage of education among the Santhals remains low. “If the government does not take this problem seriously, the tribal education will become distress and despair," writes Saraswati Hansdah, a PhD scholar from KIIT University.