The story behind the making of 'Pather Panchali' 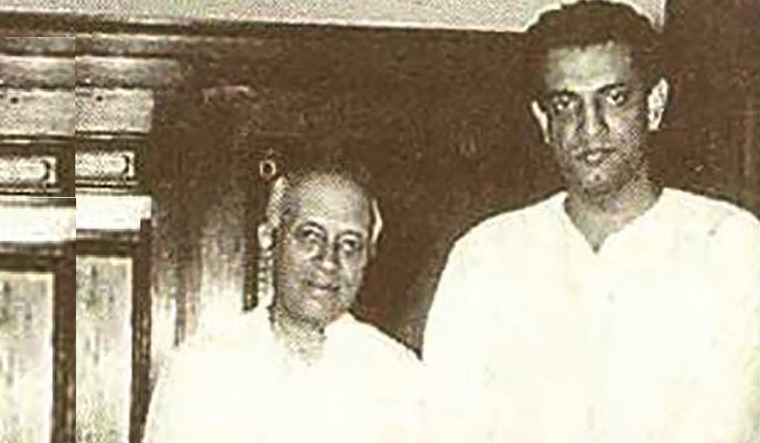 It was while working at advertising firm D.J. Keymer in Kolkata that Satyajit Ray ran into Bibhutibhushan Bandyopadhyay. The novelist had taken up a part-time job as an editor at Signet Press, a publishing house, in the late 1940s.

Ray’s son, filmmaker Sandip Ray, recalled the encounter. Bandopadhyay had asked Ray whether he had read the novel. When Ray said no, Bandyopadhyay told him, “It is blasphemy that you have not read it.”

Ray then read it thoroughly and illustrated the cover for the Signet Press edition. He was moved by the novel as he could relate to the character of Apu. He could also relate to the village of Nischindipur, mentioned in the novel, as he had seen a similar hamlet during his time as a student in Santiniketan.

The aspiring filmmaker, armed with his illustrations, went to many producers to talk about making a film on Pather Panchali. He was turned down as none of them were keen on shooting outdoors. “He was told that it would have to be indoor shooting under controlled conditions,” said Sandip. “There was a lack of technology as well.”

When the producers’ doors closed on him, Ray decided to knock on a bigger one. “Ray’s mother Suprabha Ray was close to [then chief minister] Dr Bidhan Chandra Roy,” said filmmaker Adoor Gopalakrishnan. “So, he could get the proposal [to Roy].”

Ray had sold some priceless books and even pawned his wife’s gold to get money. Roy was hurt hearing this. An English-speaking political icon, Roy asked Ray the name of the film in English. Ray replied, “The Song of the Little Road.”

“The chief minister then told him, ‘We do not fund movies. But since the movie is The Song of the Little Road, I could arrange some money from the road department’,” said Sandip with a laugh.

Ray began work on the film in 1952. During the later stages of the film, said Sandip, Ray worked 18 hours a day. The film was released in 1955, but saw a tepid response. It got a couple of good reviews in the national dailies and spread through word of mouth. Within a few weeks, the people of Kolkata started flocking to the theatres. Soon, it spread to all parts of Bengal.

The film’s success prompted Roy to create a culture department in Bengal. He also took Pather Panchali to Delhi to show it to then prime minister Jawaharlal Nehru. As the film did not have subtitles, Roy had to explain it to Nehru, scene by scene. Impressed by the film, Nehru decided to send it to the Cannes Film Festival in France. “Nehru also decided to create a major cinema policy for India,” said Gopalakrishnan.

At Cannes, though, said Sandeep, the film was shown on a holiday, and that too at midnight. “No jury member was there to watch it,” he said. “Only one man, Lindsay Anderson, editor of Sequence magazine, where my father was a contributor, saw it. He was moved. He accused the festival organisers of ill-treating a movie from India. He asked them to arrange a special screening.”

It was arranged within a couple of days. And jury members agreed that the movie was a gem they had almost overlooked. Pather Panchali won the ‘Best Human Document’ award.

“The rest is history. It was the first Indian modern film in a true sense. It was the first film in India that did crores of rupees worth of business. Baba said, ‘Producers got money, I got fame. No problem’. That is how it began and ended.”