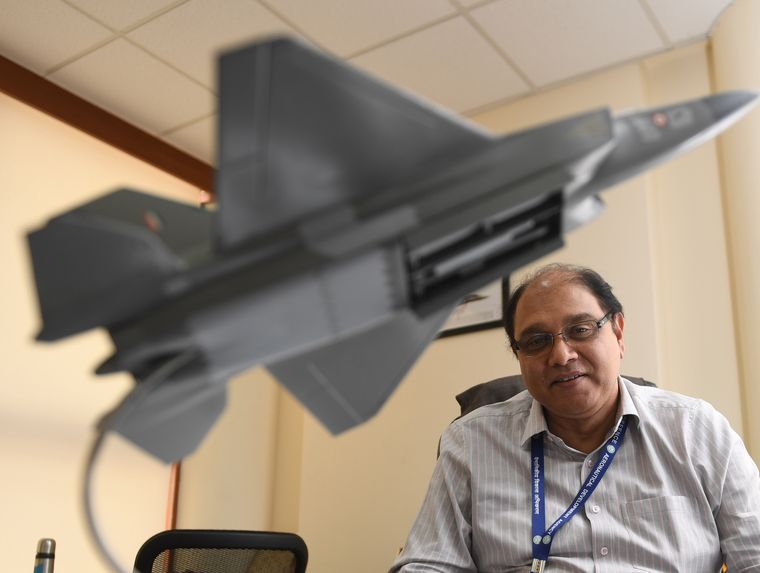 Q/ How does the AMCA compare with its competitors?

A/ The AMCA (Advanced Medium Combat Aircraft) is not a copy of any aircraft. It was designed to match the Indian Air Force’s requirements. It is a fifth-generation fighter and one of the few in that category. It will not be right to compare it with any other aircraft. For example, the F-35 is much bigger and heavier. But, the AMCA’s technology and capabilities will be at par with any other fifth-generation fighter in the world.

Q/ What lessons did you learn from the Tejas project?

A/ Tejas is not just a programme, but the development of a complete ecosystem. It has been a learning exercise because it was our first venture into 4.5-generation combat aircraft. In Tejas, all core technologies were developed indigenously. We have realised that we need to involve all stakeholders right from the beginning. During the development of Tejas, we were focused on proving the technologies and flying capability, and ignored the maintenance part. Flyers and ground staff are equally important. Ground support equipment like trolleys and weapon-loading platforms have to be factored in at the design phase. It cannot happen at the end. In the AMCA, even before the aircraft is ready, all these areas have been addressed and are on track.

Q/ The AMCA is projected as a fighter for the next 30 years of war. Why?

A/ It is designed for future upgrades as its architecture allows it to incorporate new systems easily. Its basic airframe is stealth- and future-friendly. Avionics, sensors and radars can be upgraded when required. Normally, the shelf life of an aircraft is 30 years, and the AMCA is designed to take care of upgrades for that period.

Q/ How do you justify the AMCA when the rest of the world is looking at pilotless platforms?

A/ I think pilotless alone is not the future. It will be a combination of pilot and pilotless. Human beings have to be there. You cannot fight a war with just unmanned vehicles. It requires a mix of human elements and unmanned. The AMCA can be teamed up with unmanned assets. So, there will be more unmanned assets with manned fighters controlling them, and that is the concept of the future. Man will always be there, a decision can only be taken by the pilot, not by a computer.

Q/ The maintenance cost of fifth-generation fighters is high. How are you addressing this issue?

A/ Stealth and fifth-generation fighters are niche technologies and unique assets. The maintenance issue has been addressed right from its design phase. Various new techniques have been adopted to take care of the maintenance aspect, and the IAF has been made aware of these as well. Moreover, to control the maintenance [cost], the fleet size of fifth-generation fighters has always been comparatively less. Since it is a niche capability and has a high cost, no country makes it in large numbers. The IAF has conceptualised its need for only seven squadrons of the AMCA (including the Mark-2 version). Maintaining the stealth features makes the aircraft more expensive.

Q/ What are the challenges you faced during the AMCA development?

A/ Designing a stealth aircraft of our own was the biggest challenge. We have learnt everything ourselves as nobody was ready to share knowledge. The Aeronautical Development Agency and other academic institutions together developed the stealth technology. Getting stealth material was another challenge. After years of dedicated work, our team managed to overcome these challenges and, finally, we can confidently manufacture the stealth fighter jet.

Q/ How do you deal with the scepticism of the services regarding platforms made in India?

A/ It is a matter of trust. And, in the case of the AMCA, the user (IAF) is working with us. They know exactly how to make this platform acceptable. In Tejas, the fighter was [similar in features to] western and Russian aircraft, because the IAF wanted it that way. Since they are involved in aircraft design, they are tailoring it for their requirement. I think the scepticism is waning.

Q/ The joint venture with Russia to develop a fifth-generation fighter failed. Why?

A/ Though I am not the right person to comment on it, as I understand, the kind of technology transfer from Russia was not satisfactory. Russians were not willing to share. And I believe nobody will share such niche technologies.

Q/ How will you ensure timely delivery of aircraft?

A/ During Tejas, we were involved in developing technologies along with the programme. That is why timelines became longer, because it was difficult to predict the timeline for the development of certain technologies. We started developing the AMCA in 2009 and we have now matured. I am confident the timeline will be met. The government has set up a special purpose vehicle to manufacture the AMCA.

Q/ Are you tying up with private players for manufacturing?

A/ Yes, of course. We are working towards sharing the burden. Already multiple entities, including private and academia are working on the development of the AMCA. Once the special purpose vehicle is formed, private players will certainly have a much bigger role to play. The level of task-sharing will ultimately be worked out by the top leadership, but, lately, the emphasis is to give private players the majority share in manufacturing.

Q/ Will the depleting combat strength of the IAF, and the two-front scenario, put pressure on you to develop the AMCA faster?

A/ Yes, pressure is always there. The IAF is monitoring it closely. We know exactly what the situation is and the IAF’s requirements. To integrate weapons, we are in touch with the IAF constantly. It ensures that we are all on the same page.

Q/ What stage is engine development at?

A/ In the AMCA Mark-1, we are going ahead with the US-made engine. For the AMCA Mark-2, many countries have approached us [for a collaboration] saying they are capable. We expect to have an engine in seven to eight years.

Q/ Will the AMCA be cost-effective?

A/ We have estimated the production cost. Buying is always expensive. And, the AMCA’s manufacturing will be in the country. So certainly, it is going to be much cheaper and cost-effective.