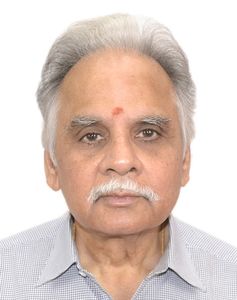 FIVE SCIENTISTS came together to form the National Covid-19 Supermodel Committee in 2020. They predicted the pandemic peaks in the first wave and the second wave. Finding the bureaucracy limiting, the same scientists—Anurag Agrawal of the Institute of Genomics and Integrative Biology, Manindra Agrawal of IIT Kanpur, Pramod Garg of Translational Health Science and Technology Institute, retired Lt General Madhuri Kanitkar of Maharashtra University of Health Sciences and M. Vidyasagar of IIT Hyderabad—later created a self-funded website, sutra-consortium.in. Excerpts from an interview with Vidyasagar:

Q/ What does your forecasting model say about the current third wave in India?

A/ Initially, we thought Omicron spread 1.7 times faster than Delta. But now it looks like it is 1.2 times faster. Omicron seems to bypass vaccination to a very large extent; vaccination may not give that much protection against Omicron as prior exposure to disease. People who have been infected in the past will have better protection against Omicron as they have natural immunity. In India, 70 to 75 per cent of the people already have exposure to Delta and so we assume that a fraction of those many will be protected against Omicron as well; at least 20 to 25 per cent will lose their natural immunity.

European countries won’t do quite so well, because they have had very high vaccination penetration, but not so much prior exposure to the disease. They will be a little bit more vulnerable to Omicron than India. The UK is getting affected more than South Africa because prior exposure in the UK is very low; only 50 per cent of the people were exposed to Delta by the end of October but in South Africa 70 to 75 per cent of the people were exposed to the virus while vaccine penetration there was only 41 per cent of adults—much lower than in India.

Q/ By February, what will the numbers look like?

A/ The numbers will be 1.5 to 1.7 lakh infections per day, as against the 4 lakh at the peak of the second wave (April-May) last year.

Q/ Experts say children have inherent immunity. But they are being vaccinated.

A/ There is absolutely no case for vaccinating children. The biggest risk is not children getting infected, but their becoming carriers and affecting adults in the house. But once the adults are all fully vaccinated, there is no need to vaccinate children. Now we have two-thirds of the adults fully vaccinated. In the US, among the nine lakh deaths, deaths of children were under 1,000. Also, it does not make sense to vaccinate children with a new technology.

Q/ Should we emulate Israel and Germany which are preparing for a fourth dose?

A/ It’s beginning to look a lot like a treadmill. You go on taking booster after booster, and you still don’t seem to be protected against infections. If a very large fraction of the population is exposed to the pandemic mildly in a controlled manner, you may not have to take a shot every four months, unlike in Israel and Germany. What we are trying to factor in is erosion of immunity over time. There may be some benefit in mixing and matching vaccines to protect immunity. Now that two-thirds of the adults in India have got two doses, the next logical thing is for some of them to try a different vaccine just to enhance their immunity. The DNA-based vaccine can come in here.