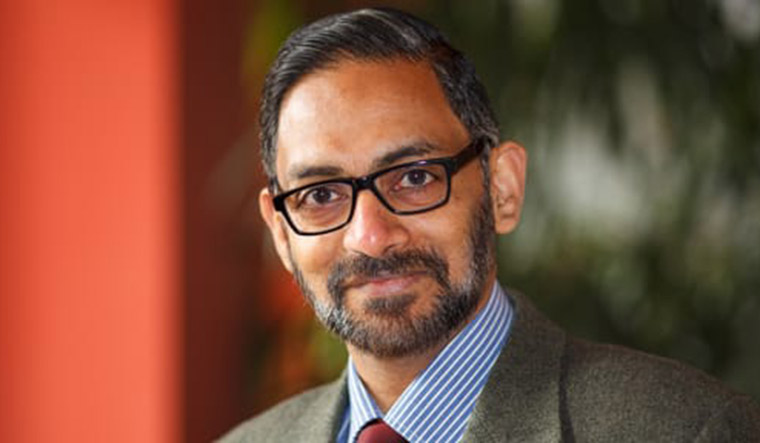 PROFESSOR PAUL KATTUMAN, applied econometrician at Judge Business School, Cambridge University, developed a Covid-19 tracker for India to provide short-term forecasts of the pandemic. An academic of Indian origin, he shares his analysis of the current wave.

Q/ With Omicron, does India have an 'age' advantage?

A/ Yes we do, as the median age is 28 in India and just over 5 per cent of the Indian population is over 65. The young shrug off Omicron infection relatively easily. Though the aged and thus vulnerable form only a small proportion of the population, given the size of the country, absolute numbers needing hospitalisation could well become shockingly high.

Q/ How are states faring?

Q/ Could the current wave mark the end of the pandemic?

A/ The optimistic view would be that, to the extent that Omicron causes less severe illness and confers a greater degree of immunity against other variants, the current wave could bring about the end of the pandemic by increasing the proportion of the immune population to above the herd immunity threshold.

Q/ Some time back the chief scientist of the WHO said the virus was on the path of becoming endemic in the country. But what we are witnessing is something totally different.

A/ Leading up to November 2021, with the relatively low and gradually declining case numbers, it did look like Covid-19 was becoming endemic and that the remaining challenge would be the management of sporadic flare-ups. But then the more infectious variant with immune escape potential emerged, starting off the current wave.

Q/ Will we return to normalcy by March?

A/ An optimistic assessment would be that Omicron might have swept through by then, bringing immunity to a sufficiently large proportion of the population, without placing the health care system under unbearable strain. We must hope that no new variant with epidemic potential emerges in the meantime.