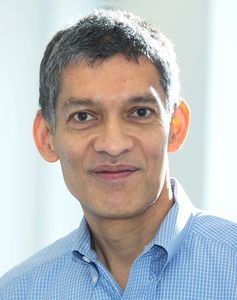 CENTRAL BANK DIGITAL Currencies (CBDCs), or digital tokens of sovereign currencies, are among the hottest topics in the world of finance today. A 2021 BIS survey found that over 86 per cent of central banks in the world were actively researching CBDCs, and 14 per cent were even deploying pilot versions.

India, too, is very cognisant of the change, with the finance ministry confirming that it has taken a proposal from the Reserve Bank of India (RBI) to improve the scope of the definition of bank notes to include currency in digital form. In his book Future of Money, Eswar Prasad, the Tolani Senior Professor of Trade Policy at Cornell University, explores the positives and negatives of CBDCs. Edited excerpts from a conversation:

For an end user, what would be the utility of a CBDC at the present moment?

This is the fundamental question for every central bank mulling CBDCs. What is the use case relative to physical cash? Many central banks are recognising that, given decreasing levels of cash in the economy, issuing CBDCs can keep central bank money relevant at the retail level.

From a user perspective, private players have commercial objectives to provide fast, efficient and cheap digital payments. Certainly, there is competition in the space, with network effects in play that make the market less contestable. So, a CBDC, if properly designed, can promote private sector innovation in payments.

What are the design possibilities for CBDCs? Is it absolutely necessary that decentralised ledger technologies come into play?

At a basic level, retail CBDCs can take two forms. There is the very simple, value-based option of mobile phone apps where you can just transfer money and use them. A lot of Latin American countries use it, but it is not a versatile form of CBDC. It limits functionality and it is not scalable.

Account-based CBDCs hold a lot more promise. Each person in an economy would have access to a Central Bank wallet or an account. There are benefits and risks to this. Account-based wallets will allow more public participation and flexibility in monetary policy, but there are potential problems too.

If you have even non-interest bearing CBDC accounts available, people might sweep deposits out of the commercial banking system, which is a particular risk in a country like the US where interest rates are low. This is applicable even for emerging market countries in a time of financial turmoil.

Second, there is a risk that you limit financial sector innovation. This is not a good outcome, where the Central Bank starts playing a larger role in economy, in terms of credit management, payments and so on. However, there are technical solutions to all this.

Countries like China have set up dual-layer systems where the digital wallets are not managed by the Central Banks, but by frontline operators like commercial banks. The Central Banks just provide tokens and underlying payments infrastructure for use of those tokens. Commercial banks manage the Know Your Customer (KyC) procedure and others. This reduces risk of capital flight from traditional systems. This dual layer system is considered most advantageous. India can learn a lot from the trials happening in the other countries.

CBDCs can also mean the rise of programmable money. What are certain manoeuvres the Central Bank can perform with the help of CBDCs? One of the more controversial suggestions seems to be money with ‘expiration tags’ to stimulate spending.

Certainly, smart money can raise a whole range of opportunities—economic and monetary policy-wise. However, it is a somewhat risky road to go down. For example, if you have money with expiration tags, you could end up in a situation where different units of Central Bank money start trading for different amounts.

An even more dystopian situation would be if a government starts using money to achieve not just economic but social objectives. That, in my view, raises a set of concerns on a societal level. CBDCs can be used for a lot of objectives—what economists call ‘helicopter drops’ [instant, targeted money transfer] is one such objective. But the flip side should give one pause.