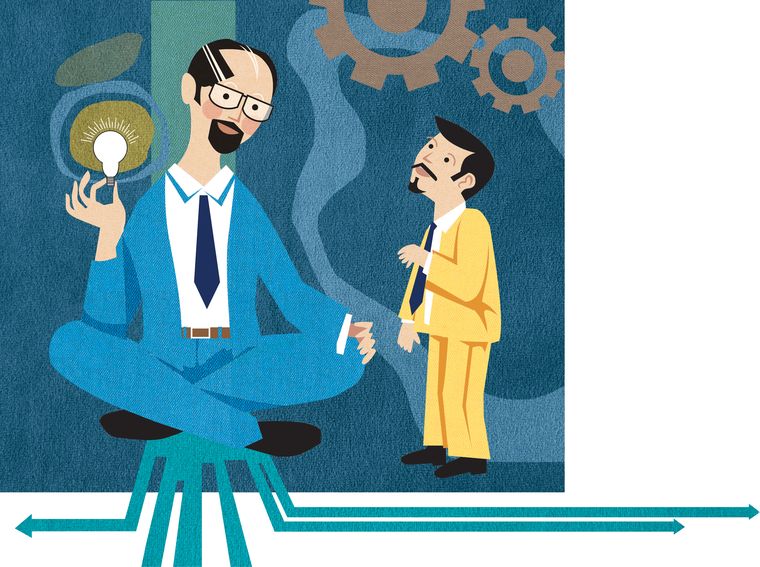 The capability maturity model is a method used to refine the software development process. It has five levels. In 1999, Infosys became the first Indian company to be certified for the highest level. It could have been projected as a competitive advantage. But, Infosys co-founder N.R. Narayana Murthy shared the company’s experience of the certification process with his Indian competitors.

What a nice man, you must be thinking. But, did he not give up his advantage by doing so? The short answer is, no. “Letting other Indian companies excel led western companies to pay attention to India and helped increase the overall Indian market share, including that of Infosys,” said Sathya Pramod, founder, KayEss Square Consulting and former CFO, Tally Solutions. Murthy did what leaders do. He saw the bigger picture and acted with wisdom.

Can such wisdom be taught? After all, Murthy, one of the most admired global business leaders of our times, did not have an MBA. Moreover, by definition, it should not be possible to teach wisdom. Yet, that is essentially what b-schools attempt to do. “Smart is a person who learns from experience, but wise is a person who learns from others’ experience,” said Dheeraj Sharma, director, IIM Rohtak. “For tomorrow’s managers, their own experience is important, but the experiences of those who led before them are also important.”

This is why b-schools and alumni swear by the case method. The focus on case studies at the top b-schools allows the students to, in effect, benefit from the experience of others. Students dissect and discuss the scenarios faced by and the decisions made by businesses and entrepreneurs the world over. The objective is to ensure that newly minted managers do not freeze when they are required to be decisive.

For a closer understanding of the case method and its benefits, let us look at the example of Bajaj. The 1990s was a tough time for Bajaj. “The first big challenge came in the form of the Honda Activa,” said Sathya Pramod. “It was a stylish, gear-less scooter with an electric start button. It quickly made scooters with gears obsolete and the iconic Chetak stopped production in 2005.” Though Bajaj tried to fight back with the Kristal in 2006, it never really took off and the group exited the scooter segment in 2009. (It would return with an electric version a decade later.)

But, Bajaj was not giving up; it just repositioned itself to focus more on motorbikes. It paid off. By 2011, the Pulsar—launched in 2001—had 47 per cent market share in the 150cc-plus segment, as per Sathya Pramod. But, the competition was snapping at its heels. To hold them off, Bajaj would have to get dragged into the low-margins game. So, it once again shifted its focus and decided to chase leadership in exports.

The thrust to become a global brand had kicked off in the 2000s. In fact, according to Sathya Pramod, in 2007, the brand sold thrice as many Pulsars in Colombia as it did in India. But, the increased focus made Bajaj the top-selling motorbike in countries as diverse as Sri Lanka, Bangladesh and the Philippines. As of 2020, Bajaj was selling more vehicles overseas than in India. 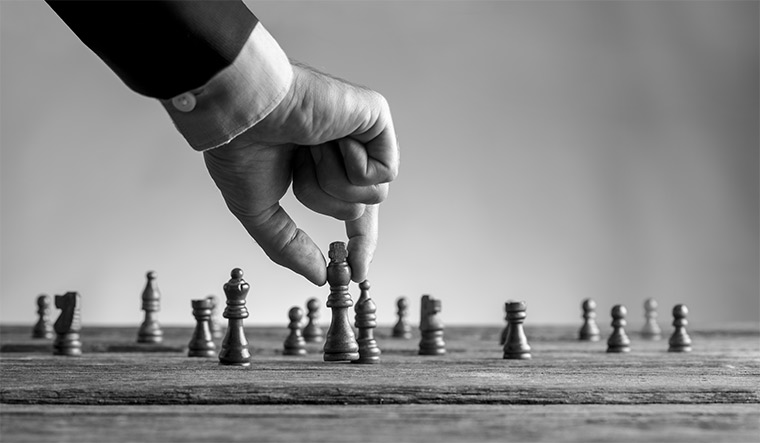 The two strategic shifts mentioned above were major decisions, especially the choice to exit the scooter segment; it would have been unthinkable in Chetak’s heyday. But, the management at Bajaj acted swiftly and reaped the reward for their decisiveness, which Sharma asserted was the most important aspect of management. Examples like these help to broaden the perspective of students and show them the importance of being agile and having the willingness to disrupt the way things are being done.

“It is very important that there is archiving of knowledge,” said Sharma. “Today’s business managers must attempt to document their methods and processes so that managers of tomorrow draw from that knowledge bank. Organisations must facilitate ways by virtue of which the knowledge of today can be captured, disseminated, and employed by generations of leaders.” Not to mention, for a 20-something, mid-level manager, the knowledge of precedents and patterns is vital. During a crisis, it would help them react effectively and look forward to the opportunities that may follow.

So, even as we slowly emerge out of a global crisis and wonder aloud what a post-pandemic world would look like, managers are already talking about how the crisis accelerated digital adoption globally by around seven years. And, of course, the opportunities that has created or is likely to create soon.

B-schools are also well aware of the shift in the global environment and know that they need to keep updating their curriculum and methods. Therefore, students can definitely expect to benefit from what managers and entrepreneurs around the world learned because of Covid-19. In the following pages, THE WEEK provides a preview of the learnings from both the pandemic and industry experience.

Principal Correspondent Abhinav Singh spoke to alumni of some of India’s top b-schools who are now in leadership roles in companies across segments. They talk about transforming to manage the fallout of the pandemic as well as the experience of setting up shop amid lockdowns. Moreover, they share their insights from the market. For example, Lamborghini’s India head, Sharad Agarwal, explains how the company took a luxury brand to smaller cities.

They also talk about their own experience in b-school and how it has helped them in their careers. Many have stressed on the fact that the b-school experience gives you a network of dependable talent and potential collaborators. For instance, Ravi Kallayil, who started his footwear company, Plateo, after a 15-year stint with Nike, says that the person he partied with the most in b-school is now his biggest investor!