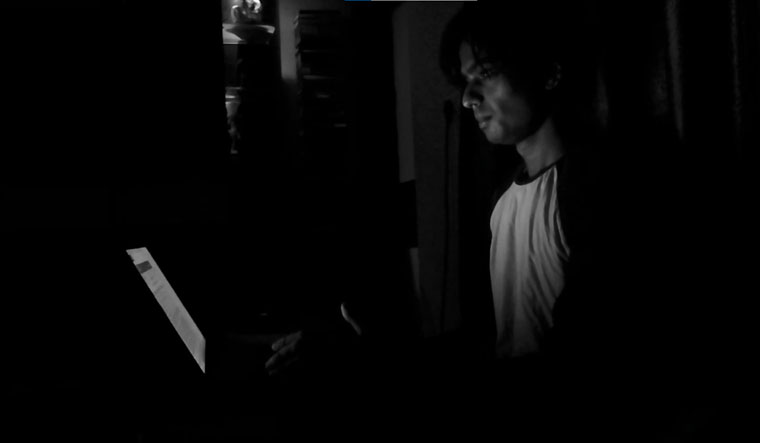 A mysterious Indian, known by his Twitter handle @TheSeeker268, deep dived into the internet to unearth troubling evidence that re-ignited the debate on the origins of the Covid-19 virus. He found himself lauded in international scientific papers and in the American newsmagazine Newsweek. Since then, he says, “I have been swarmed by journalists, as many as 20 of them at a time.” Yet, The Seeker has been steadfast in maintaining his privacy and anonymity. Only his family knows his identity.

The young man of 30 lives in Bhubaneswar and describes himself as a “self-educated, motivated, curious soul,” who is nocturnal by nature and chatty by disposition. He fits in as the “eternal seeker” in DRASTIC, a group of internet sleuths who made the world re-look at the lab leak theory. He knows exactly where to look for information and how to scoop it out. He has a “photographic memory” and “an aptitude for quick-learning”.

The Seeker says he was just about to start an audiobook company in Delhi when Covid-19 erupted. He had selected five books and started recording two of them, with a friend. They had all the infrastructure in place. As Covid struck, he shelved the project and moved to Bhubaneswar, which happens to be his father's eighth posting in the government's civil aviation sector.

Hailing from a Bengali household, he had spent years in Pune, taking a degree in architecture in 2015. Later he went to Mumbai for a certificate course in cinematography and shot a few short films, one of them in Varanasi. With his friends, he planned a business in essential oils, planted lemongrass on a dozen hectares in Chhattisgarh, but profits were tough to come by.

It was then, he says, that the principal of a higher secondary school in Chhattisgarh offered him a teaching job. It was his first real job. He taught science, English and social sciences. He knows four Indian languages, including Sanskrit. He had been an Olympiad medallist and an NTSE (National Talent Search Examination) scholar.

In coversations with THE WEEK, which were conducted over several days, The Seeker talks about his life, and how it changed all of a sudden. Excerpts:

Q/ You have become quite famous.

A/ Yes. This [entire process] has been a revelation for me, too. I never thought I had this skill of combing the internet the way I do.

Q/ Why have you remained anonymous, when many others in the DRASTIC group have revealed their identities?

A/ I like mysteries. Right now I am split between coming out or not. I also worry that this may have repercussions later on in my life. I want my private life to be away from public scrutiny. Also, I don’t feel nice talking about myself.

Q/ You have no domain expertise. Yet, you’ve played a significant role in directing the global discourse on the virus origins among scientists and policy makers.

A/ I may not have domain expertise but I am scientifically literate. Hence I was able to connect the dots and make a lot of discoveries. If you have read my pinned Twitter thread, there are a lot of facts that haven’t been reported yet. There are still a lot of projects, grants, tenders which are yet to make the headlines. I thought a piece highlighting all the circumstantial evidence was yet to be written, so I was expecting someone would catch it. I am pleasantly surprised that Indian journalists are interested.

Q/ You also said you were disillusioned that the media took notice quite late.

A/ Yes. I have been posting updates on the story since last year. But the media picked it up only now. That is sad.

A/ Not at all. I was simply pulled into it. Ever since I started following this, I don’t think I missed out on anything. It is an effort to be on top of the subject. In late April last year I had still assumed that it was a natural zoonotic virus, but I had been reading a few articles by Yuri Deigin and Rossana Segreto and a few others. They made me reconsider my assumption.

I had some particular details that they were trying to relocate the lab: they worked on disposing of two tonnes of biowaste; there was a December 4 notice in which they showed a heatmap which basically looked like a spread of disease across Wuhan—it is still one of the unsolved mysteries and the initial clusters were close to the lab. There was another strange thing they did: they took out a tender in September for RT-PCR kits for testing viruses. It was for testing a long list of viruses but it also included coronaviruses. The timing was strange. That was it. It sealed my interest.

In parallel, people were also discussing the Mojiang mines. So I got attracted towards this Wuhan Institute of Virology theory and started digging into the Chinese databases. Around that time, within a week of starting out, I stumbled upon two goldmines (read: databases): one was CNKI (China National Knowledge Infrastructure) through which I found the master’s thesis and which confirmed my suspicion and I knew I was on the right track. And then within the next ten days I found the PhD thesis. The rest, of course, is history.

Q/ How did you go about it?

A/ Most of the scientists in DRASTIC do not have domain knowledge in virology. I am scientifically literate so I can gauge the arguments. I am totally dependent on Google translator for understanding Chinese papers. My knowledge of Google Advanced search protocols came in handy in searching for the thesis and the rest of the materials. The thing is that, I know the right keywords, how, when and where to use them, so as to find what I am looking for.

Q/ You were able to access Chinese documents. Do you know anyone from China?

A/ No, I don’t know anyone from China.

Q/ What about dissident virologist Li-Meng Yan's claim of virus being made for bioweapons?

A/ She says it with a firm conviction that it is a bioweapon, but we don’t have any evidence pointing to that line of thought.

Q/ Then there is another theory that pangolins spread the China coronavirus to people.

A/ It is still not confirmed that the pangolin coronaviruses are genuine.

Q/ How do you make a living?

A/ A regular job has never been on my wish list.

Q/ Tell us about your childhood and upbringing.

A/ My parents wanted me to be a doctor or an engineer, but I have been like this since childhood. I am a bit out of the crowd. I never fit in with the normal. I was very good in academics and sports. My interests have been varied  in my childhood. I performed well in arts, science and mathematics.

Q/ How did you go about uncovering layer upon layer of information?

A/ I had a flash of insight, “Hey, I wonder if there are any Chinese publications that might shed light on this, and I know just where to look!” So that is how I started combing the Chinese website, but little did I know that it would lead me into a rabbit hole.

Q/ You and your friends from DRASTIC made a formidable team with you unearthing new pieces of the puzzle, analysing them and fitting them into place. How and when did the collaboration start?

A/ It was around May last year, when I and a handful of Twitter users started coalescing around the topic of a possible lab leak of Covid-19. We all shared the same feeling that the laboratory scenario had not been sufficiently studied, and so we started fighting against conventional wisdom (i.e. lab leak theory is a debunked conspiracy, etc) by beginning to build a credible case for a laboratory scenario. Soon it turned into an ad hoc Twitter group called DRASTIC. 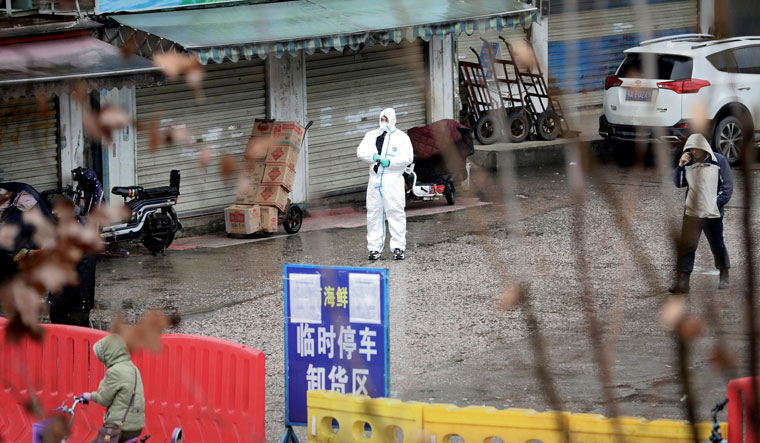 Q/ Are you satisfied with the WHO investigation?

A/ No. The key point is that the laboratory theory was dismissed as “extremely unlikely”, even though they were unable to collect any evidence for or against it. The report spent very little time on the theory, and appeared to take assurances from Wuhan lab personnel at face value. (Later it turned out that the WHO team members apparently had no access to key data.) The WHO director general himself had to acknowledge that the team had not adequately examined the laboratory theory. People like Peter Daszak who subcontracted funds to the Wuhan Institute of Virology were part of the WHO team. All in all, a very unscientific mission.

Q/ Do you think it is racist to talk about the lab leak theory? What would the consequences be in the world of science if it were a variant of a laboratory accident?

A/ Accusations of racism always baffled me. Lab accident scenario at least assumes someone was doing some legitimate research and an accidental exposure occurred. It is actually less prejudiced than the assumption some scientists/media outlets pushed—that someone ate a bat soup or that the unsanitary practices in wet markets (which aren’t even common to Wuhan) led to the outbreak.

If it were proved to be a laboratory accident, it would have both pluses and minuses: On one side, the reputation of many researchers will be damaged, and public trust in some scientific institutions will decline. On the other hand, it will help avoid future pandemics.