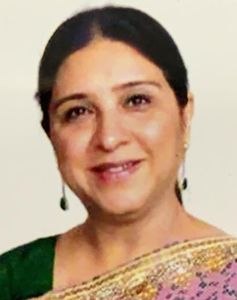 IT professionals Dipti, 34, and Ashish, 38, had been trying for a baby for more than four years. After three attempts at intrauterine insemination, they tried in-vitro fertilisation, which, too, failed. Diagnosed with unexplained infertility, they sought answers, as most good prognosis couples do after failed cycles.

As they were keen to undertake another cycle soon, I suggested they pause and introspect their lifestyle. Ashish was spending long hours on his laptop, mostly for work or to play PUBG. Also, he was smoking more cigarettes. Dipti, on the other hand, was mostly working from home but for long hours, and cared little for food.

Before they could plan the next treatment, we suggested a change in eating habits and asked them to discard refined and preserved food and do away with non-stick and plastic ware. They were also advised to consume fresh greens. This would not only help optimise their body weight but improve quality of eggs and sperms for the next cycle. Ashish promised to quit smoking and bring down his time spent on devices. The couple promised to return for their next IVF cycle three months later. They did, but with news of a spontaneous [natural] pregnancy. A girl was born to the couple at 39 weeks. The success story of Dipti and Ashish is most gratifying, not because they succeeded in becoming parents, but because they treated themselves.

Over the past two decades, infertility is on the rise in India, both among men and women, and especially in urban societies. One in six couples seek advice for infertility. Sperm quality has declined over the last 40 years, with one in 20 men currently facing reduced fertility. Women’s potential to produce eggs, called ovarian reserves, is also dwindling. And, their ovaries are ageing faster than they do—a cause of concern for reproductive medicine specialists as there is very little at hand to rejuvenate ageing ovaries. Indian women are losing their reserves six years earlier than their western counterparts. A century ago, women could procreate even at 40. Are our lifestyles to be blamed for this?

Then there are endocrine disruptors. An endocrine-disrupting chemical (EDC) is any substance that interferes with normal hormonal activity. The category includes some metals, many industrial chemicals, natural and synthetic hormones, pesticides, fungicides, herbicides and pharmaceutical drugs; even personal care products including cosmetics and textiles may incorporate EDCs.

EDCs have far-reaching effects on human reproduction, cancer development including breast and prostate, metabolism and obesity and thyroid endocrinology. The effects of these compounds set in early before birth when the mother is exposed to them during pregnancy. There are subsequent exposures during childhood and adolescence, with manifestations in adult life. Exposure to EDCs in such infants have long-bearing influence on neurodevelopmental aspects and may be the plausible link to attention and behaviour disorders in children. Thyroid disorders among Indian population are on the rise, which may have a genesis in EDC exposure.

Over the last three years, the number of referrals from oncologists for young women in early 20s with breast cancer has shot up at our unit. They seek help for fertility preservation, as chemotherapy is toxic for ovaries. Sangeeta, 27, had breast cancer. She went for embryo-freezing after surgery, but well before chemotherapy. These embryos were subsequently thawed and replaced after she was free of the disease, giving her the joy of motherhood.

Are we ready to do away with such chemicals, especially those threatening human fertility? There are definite gaps in the knowledge on the exact list of EDCs, besides the extent and duration of exposure needed to disturb reproductive function. The 2013 list from the World Health Organization is far from complete, suggesting that it is time for environmentalists and human biologists to put their minds together on translational research that draws clinicians and policy makers to collate consensus banning many such harmful products. Also, additional research targeting lifestyle factors that can impact fertility is urgently needed.

Some names have been changed.