How Left supporters and Muslims gave Mamata her historic win 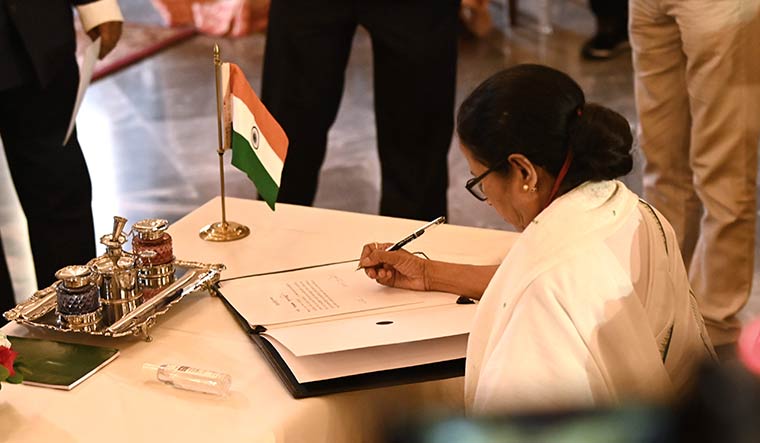 In the run-up to the state elections, West Bengal Chief Minister Mamata Banerjee, sitting in a wheelchair, pleaded: “Those who have supported the leftists for many years, please support me this time. You should know that the BJP cannot be your choice.”

Interestingly, many of them listened to her.

In the 2019 Lok Sabha elections, many left supporters had voted for the BJP, giving it 18 of 42 seats in the state. Their slogan was: “Ebar Ram, pore bam” (this time Ram, next time left). This time, however, these left voters went against the BJP. They were apparently angry with the Narendra Modi government. “People suffered during the lockdown and the pandemic,” said Communist Party of India (Marxist) leader Tanmoy Bhattacharya. “So, they thought they should vote for the party which, according to them, could serve their purpose.”

Compared with the 2019 elections, the BJP’s vote share went down by nearly 2 per cent and the Trinamool got around 5 per cent more. The left-Congress alliance lost around 9 per cent of its votes, said Congress MP Pradip Bhattacharya. This, too, seems to have gone to the Trinamool. 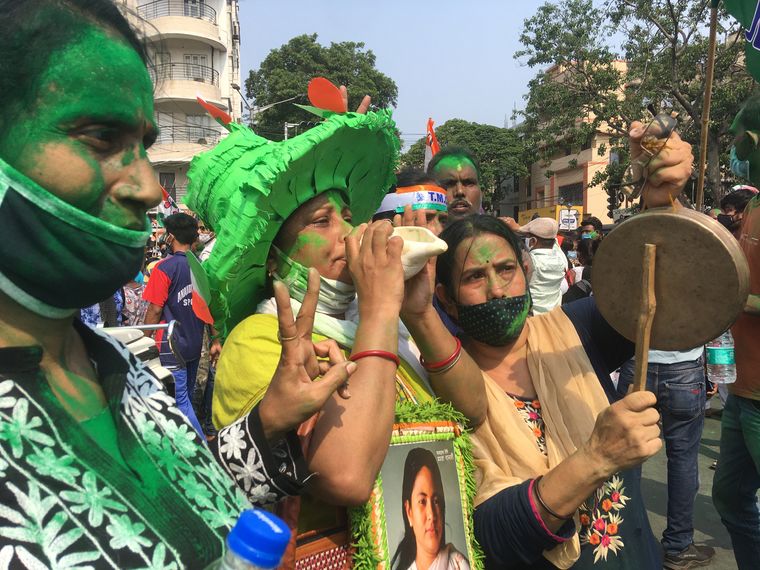 However, interestingly, in at least 65 seats where the BJP could have won, the left got around 15 per cent or more votes, spoiling the former's chances.

Though Suvendu Adhikari used religious polarisation to defeat Mamata in Nandigram, it did not work in many other places. The BJP also raised serious allegations of corruption against several Trinamool leaders, including Mamata's nephew Abhishek, but the voters stood firm on topics like the Citizenship (Amendment) Act, the National Register of Citizens, unemployment, the plight of migrant labourers and price rise. The Trinamool, along with the left and the Congress, kept pressing the BJP on these issues. In a sense, the Central government's performance became a major election issue in the state elections.

Mamata took full advantage of this. She lambasted Modi, Home Minister Amit Shah and the Centre for its handling of the pandemic and the plight of migrant labourers in Bengal. She did so in 111 public meetings; Modi could hold only 22 rallies.

Additionally, most Muslims voted for the Trinamool this time. Apparently, there was a lot of fear in the community after four Muslims died in police firing during elections in Cooch Behar’s Sitalkuchi last month.

Mamata also got extra votes from the Hindus, especially those who would not benefit from the CAA (like the Hindu refugees from Bangladesh). She had recited shlokas at her election meetings and had reminded Hindu voters about her grant of Rs50,000 to thousands of Durga Puja committees. She knew that the BJP needed more than 60 per cent of the Hindu vote to win, and that the left-Congress alliance would get a percentage of the Hindu liberal votes. So, she created a massive thrust on CAA and NRC to retain the Muslim vote.

“We could not anticipate the level of the campaign,” said Pradip. “In vast areas of Murshidabad, two Dinajpurs and in all border districts, Muslims were extremely frightened. They thought that if the BJP came to power, they would be driven out through NRC and CAA. The Sitalkuchi incident only added to this belief. Muslims voted en masse for the TMC. The 5 per cent increase in vote share is because of that.”

He said the left-Congress alliance with Abbas Siddiqui's Indian Secular Front did no good because Muslim clerics at the grassroots level campaigned for Mamata. “As a result, we have been completely decimated in Malda, Murshidabad and other North Bengal districts,” he said. “This is the first assembly in Bengal that would have no member of the Congress or the left.”

The national leaders of the Congress and the left hailed Mamata's win as Modi's loss. Pradip, however, said he was upset as a Bengali politician. “How could we forget our legacy? It is a pity that the next assembly [will be] completely polarised on the basis of Hindu and Muslims. [This has] not happened even when the Muslim League used to rule us. What a shame!”

An emboldened Mamata has now vowed to go to Delhi to unseat Modi in 2024. “We will call an all-party meeting at Kolkata’s Brigade Parade Ground after Covid is over,” she said. “All national leaders opposed to the BJP would be invited. Everybody would fight together to defeat Modi.”