Suvendu is a major extortionist 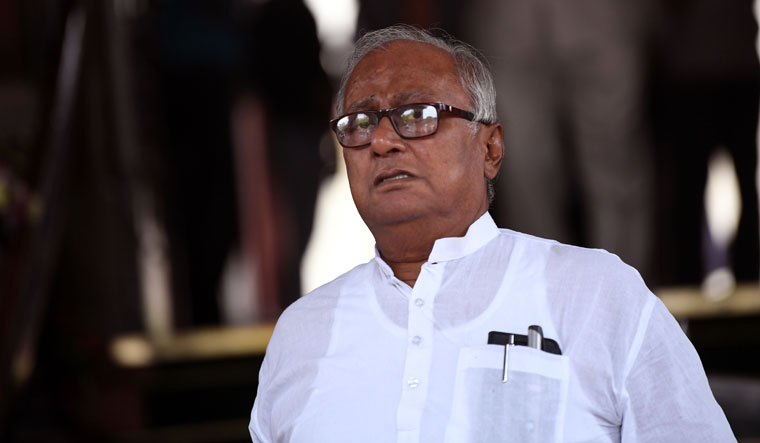 Q/ Your views on the large scale defection from your party to the BJP?

A/ The BJP has offered allurement and threats to our people. So, some of them could not stand their ground. Among them, only Suvendu [Adhikari] has a substantial fan following and is a strong leader. The others are not important.

Q/ Why do you say they are not important?

A/ Because they would not have been nominated from our party in the coming elections. Even we did, they would have lost. I do not know why the BJP is celebrating; only six MLAs other than Suvendu have left.

Q/ Six MLAs, but many other leaders, too, including one MP.

A/ Yes, but like I said, they would not have received nominations.

Q/ Do you feel Suvendu will make a massive impact?

A/ No. See, Suvendu is an MLA from Nandigram, which has around 40 per cent Muslim population. So, he would not get Muslim votes this time. Had he floated his own party, he would have had some chance to retain the vote bank.

Q/ Don’t you think he would have considered that?

A/ Yes, he knows. But then, he was threatened with a lot of criminal cases. He fell into Amit Shah’s trap.

Q/ Do you think there would be a mass exodus from your party now?

A/ No major exodus will happen. I agree that a minor erosion may happen. But there will be no large-scale migration.

Q/ But why are Trinamool leaders unhappy?

A/ Some of our previous leaders like Mukul Roy, who had joined the BJP earlier, turned middlemen for the BJP. They were doing everything to break the TMC. They have succeeded in (wooing away) some people. Unfortunately, Suvendu will also be treated as a middleman.

Q/ Many of those who left had a problem with Prashant Kishor’s growing influence in the party.

Q/ Do you think he wants to be portrayed as the chief ministerial face?

A/ That is his hope. But the BJP has never made any non-RSS man chief minister, unless it is part of a coalition government in states. Suvendu was in the RSS during childhood, but he was not a hardcore RSS man.

Q/ What was the reason he left?

A/ He finds Abhishek [Banerjee] an impediment. Abhishek is not going to become chief minister and has never expressed his desire to do so. But Suvendu saw Abhishek as a threat to his political rise.

Q/ He called Abhishek an extortionist.

A/ Absolutely false. Suvendu is the major extortionist in the state. Every truck that leaves Haldia dock has to pay money to his people. I can give you the addresses of businessmen who have had to pay his people in the past. Now that he has left the party, we are relieved that this will not take place.

Q/ You defend Abhishek, but why does he not do so himself?

A/ It is good that Abhishek is not coming out. He would have been criticised. He does not attack anybody. So, why should people attack him just because he is related to Mamata Banerjee?

Q/ The Centre and the state are fighting over a lot of issues. Do you think it is a constitutional crisis?

A/ There is a constitutional crisis in Bengal currently (the Centre and state differ on what their constitutional duties entail). The state has its own rights under the federal structure and will fight for them. There will not be President’s rule in Bengal.

A/ President’s rule is imposed when a government becomes unstable or there is large-scale breakdown of law and order. Neither has happened in Bengal.

Q/ The BJP would disagree.

A/ Mamata would then become a martyr and would be more popular. The central leadership of the BJP does not want that. So there will be no President’s rule. Also, what is the meaning of President’s rule when an election is round the corner and everything will be under the Election Commission?