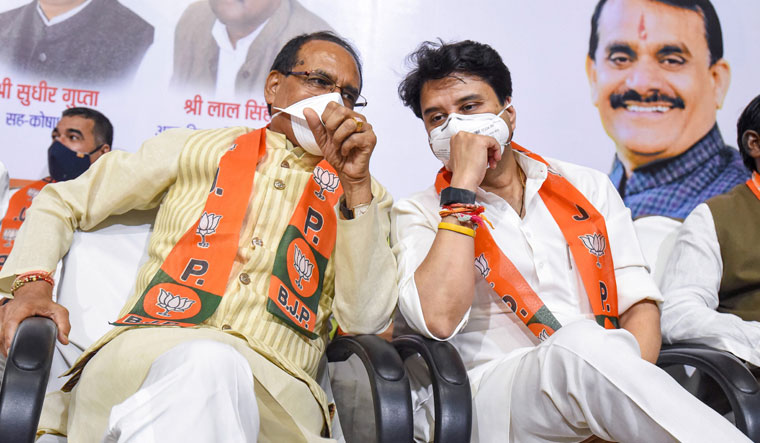 The assembly bypolls in Madhya Pradesh have thrown up clear winners and losers. One clear winner was Shivraj Singh Chouhan, who needed to win eight of 28 seats at stake to continue as chief minister but ended up winning 19. Another winner, Jyotiraditya Scindia, helped the BJP loosen the Congress grip on the Gwalior-Chambal region, even though the results show that he has lost some of his influence. The main losers were state Congress president Kamal Nath and former chief minister Digvijaya Singh, who could not prevent the crushing defeat that will further weaken their party.

The only consolation for the Congress is that seven of nine seats that the BJP lost are in the Gwalior-Chambal region, which is known as the Scindia turf. “In Gwalior-Chambal, we won seven of 16 seats and [one candidate] lagged only by 161 votes,” tweeted Digvijaya Singh. “People thought the Congress will end after Scindiaji left [the party]; instead a new Congress has emerged.”

One of the losers in the ruling party, Imarti Devi, is a Scindia follower whom Kamal Nath controversially referred to as “item” during the campaign. She lost Dabra. Another Scindia confidant, Munnalal Goyal, lost Gwalior (East). The BJP also lost three of five seats in Morena, and one each in Bhind and Shivpuri—districts that are part of the region.

Also, the margin of victory dropped considerably in seats contested by Scindia supporters in the region. In Bhander, for instance, the BJP candidate beat the Congress by just 161 votes.

According to author Rasheed Kidwai, Scindia’s losses are marginal; it is the Congress that lost big. “It will probably make the Congress more vulnerable in the future,” he said.

Political analyst Girija Shanker said the Congress was defeated because it failed to correct its course even after losing power. “The Congress did nothing to stem the losses,” he said. “Even now, I do not expect any major changes in the party structure or in its functioning.”

He said the losses in Gwalior-Chambal would not seriously affect Scindia, because state BJP president Vishnu Datt Sharma and Union Minister Narendra Singh Tomar hail from Morena. “Scindia always had more hold on the Gwalior region than Chambal,” said Shanker.

Scindia sidestepped discussions on whether his aura had waned. He said the Congress’s defeat revealed that Kamal Nath and Digvijaya Singh were the “actual betrayers”.

BJP spokesman Pankaj Chaturvedi, considered close to Scindia, pointed out that the Congress had polled 13 per cent more votes than the BJP and held 80 per cent of seats in Gwalior-Chambal in 2018. “It has lost more than half the seats in the region where bypolls were held,” he told THE WEEK. “It is an out and out loss for the Congress.”