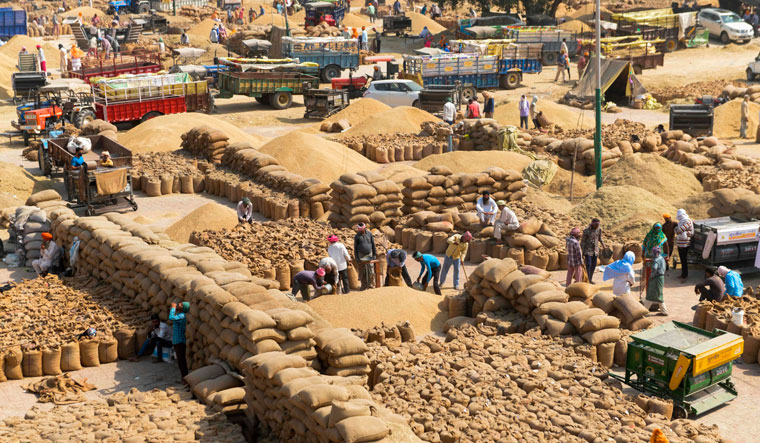 The most radical of Atmanirbhar Bharat measures has been the recent agriculture reforms. Braving protests in and outside Parliament, the government pushed through three bills meant to dismantle the old, restrictive structures that cover much of India’s farm sector. Oddly, though, farmers themselves have been at the forefront of the anti-reform agitations, and especially so in Punjab and Haryana.

Of the three new laws, the Farmers’ Produce Trade and Commerce (Promotion and Facilitation) Act is the most contentious. It allows farmers to sell their produce to anyone or anywhere, bypassing mandis run by the legally mandated agriculture produce market committees (APMCs). The government says the law will set farmers free, increase their income, and promote competition. 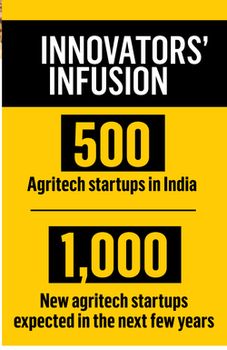 But opposition parties, including the Shiromani Akali Dal which recently broke off its alliance with the BJP, allege that the reforms will weaken the APMC system, which guarantees farmers minimum support price for their produce. They say it would result in corporates exploiting farmers.

The BJP has accused the opposition of spreading misinformation and launched a drive to “educate” farmers. “Why would a farmer sell outside the mandi if he is not getting a higher price? The agitation is politically motivated,” said Agriculture Minister Narendra Tomar.

The government says the three laws—the other two being the Farmers (Empowerment and Protection) Agreement on Prices Assurance and Farm Services Act, and the Essential Commodities (Amendment) Act—have opened the sector to investments and technology interventions. “These laws have a certain historic value, and they would be in favour of the farmers,” said Sanjay Borkar, CEO and cofounder of FarmERP, a tech platform that assists farmers through pre-sowing, harvesting and selling stages. “It is now very difficult for an individual to buy produce directly from farmers. Farmers also have to go through the arduous process of going to the mandis and finding the right buyer. They usually enlist the help of commission agents for the end sale, which narrows down the field for [independent] players. Post these reforms, farmers will have direct access to buyers.”

There are more than 500 agri-tech startups in the country; the government hopes for 1,000 more in the next few years. They can link farmers to markets, consumers and technology, and provide help in selling or processing produce. “We aim at bringing two million stakeholders to our platform by the end of 2021,” said Borkar.

From increasing productivity, the emphasis has shifted to ensuring profitability. The protection and price assurance law provides a legal basis for contract farming. Small, struggling farmers can now enter into agreements with companies or lease out land for cultivation. Similarly, the Essential Commodities (Amendment) Act has eased controls on storage of agriculture produce. This, and an agriculture infrastructure fund of 01 lakh crore, will help create facilities where farmers can store or sell their produce at competitive prices.

Currently, only 6 per cent of farmers in the country sell their produce to government-mandated procurement agencies. But there is much anxiety among them about whether the reforms would prevent the government from continuing to offer minimum support prices in APMC mandis, where the government is the major buyer. They fear that if the government stopped supporting prices, the mandi system would weaken and market forces would drive prices below MSP.

“The government says farmers will get a price higher than the MSP outside the mandis; if so, why not give MSP a legal basis?” asked Devinder Sharma, an expert in food and trade policy. “The government should bring a fourth law that guarantees that the farmer will get MSP even if the crop is sold outside mandis.”

Agriculture has largely withstood the lockdown distress. The past few months have seen record yields and procurement of wheat, paddy and pulses. Maintenance of buffer stock of pulses has resulted in a 74-times increase in procurement during 2016-17 to 2020-21 over the 2009-10 to 2013-14 period. This has been attributed to the government setting MSP as 1.5 times the cost of production.

The Food Corporation of India has also increased paddy procurement to allay farmer fears. “Maximum procurement has happened in Punjab, where 7.82 lakh metric tonnes of paddy has been procured from farmers through the APMC system, as against 24,452MT procured last year,” said FCI chairman D.V. Prasad. “The pace of procurement as well as the enthusiasm of farmers in selling stocks to FCI in Punjab and Haryana put to rest any misgivings they have had regarding the continuation of MSP after the introduction of the new farm acts.”

India, however, is yet to become atmanirbhar in edible vegetable oils, pulses, fresh fruits, raw cashew nuts, raw sugar, raw cotton and spices, which together constitute nearly 84 per cent of agri imports. On the other hand, agri exports in April to September this year increased by 43.4 per cent to Rs53,626 crore, up from Rs37,397 crore in the same period last year.

“The way forward for the sector is through increasing the income of farmers, so that they are not forced to move out of rural areas,” says Sharma. “[During lockdown] 80 million ‘agriculture refugees’ returned to their native places in a reverse migration. Second, the government should pump in investments in the sector to make it a major driver of the economy.”