What if it’s your daughter? 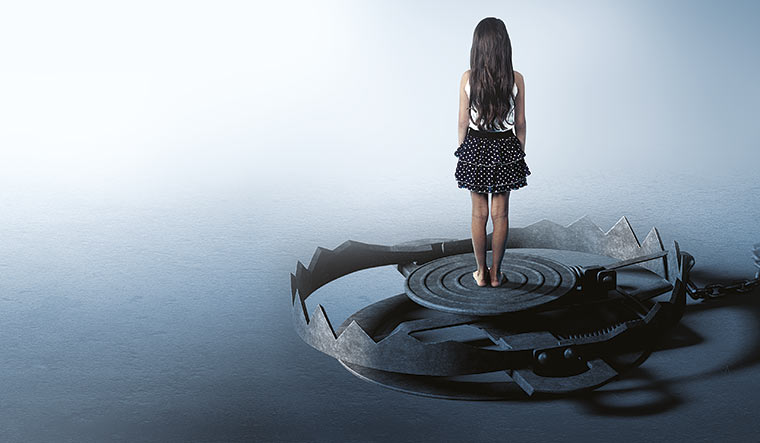 Small actions and language. That is how it begins, said UN special adviser Adama Dieng, about genocide. It is the same with rape. The seeds fall thick around us all day. When men hit on women. When we pay money to watch her being objectified on screen. When she is shushed at home, at school, at work. When the crassest words are used to describe her. When we look the other way while she is abused in public. When we do and do not do some things, we are watering this tree knowing full well its nature. And when the toxic harvest is presented to us we try to cover our shame with a blanket of hashtags and bay for blood. Hypocrites!

In his speech in Geneva on December 9, Dieng also highlighted how “political opportunism” colours the response to genocide. It is the same again with rape; the official response is almost always tainted with opportunism. We saw it in December 2012, when the opposition shook New Delhi over Nirbhaya’s rape. We saw it again this December when the Cyberabad Police walked into a crime scene with four suspects and walked out with four bodies. The old opposition is now firmly in the treasury benches and not even close to being anguished. The state seems to act only when there is political capital to be made. Otherwise, do explain why the Nirbhaya fund remains largely unspent?

Now that the suspects in Hyderabad are dead, will we seek action against the same policemen who—for the length of a long, dark night, no less—ignored the pleas of Disha’s parents and sibling? Will we hold the Uttar Pradesh government responsible for the death of Unnao Girl 2 (we have not even given her a faux name, remember)? Perhaps it is too much work, too much muckraking.

The most popular set of phrases is missing though: “Rape her.” “I will rape you.” “You should be raped for saying/ doing/ wearing this.” “No wonder you were raped.” “Even a blind man would not rape you.” “Shut up, if you do not want to get raped.”

If you do not believe me, read the responses to Sonam Mittal’s (@SpoiltFeminist) tweet of December 6: “I’m a rape victim/survivor and I do not agree with death penalty and lynching for rapists. I condemn these calls for such *punishments* in the name of gender justice. Not in my name.”

While those who agreed with her picked the same reasons—rule of law, the need to follow due process and the danger of policemen getting trigger-happy—here is looking at the edited versions of some contrarian responses:

@AamirRaj4u: “It seems you enjoyed getting raped! What happened in Hyderabad is so correct. Hats off to the team.”

@dashrathpd: “You enjoy that, but don't preach to others.”

Even as they supported the Cyberabad Police for gunning down the suspected rapists, these Twitterati could not care less about trampling over a rape survivor. The irony, the bitter irony!

In a brilliant letter written against the backdrop of the Hyderabad encounter killings, Dr Nigam Nuggehalli, dean at the school of law, BML Munjal University, Gurugram, exhorts his first-year students to uphold and improve the legal process. After making a frank admission—“If there is a legal dispute, the only guarantee the judicial system offers today is delayed resolution”—he addresses four crucial questions, one of them being: “What if it were your daughter who was raped? Would you not want immediate execution?” Nigam answers that while he might want that, that is exactly what the law seeks to prevent. “Law is based on resisting our darker emotions, not succumbing to them,” he says.

So, before we dump the blame on any one entity—the court, the police and politicians—let us accept the truth of the viral statement made by Bihar DGP Gupteshwar Pandey: “You support criminals in the name of caste, religion and party. You make heroes out of them, worship and welcome them, garland them and then talk about checking crime!”

Can there be a greater indictment of us as a nation?