India will soon be among the top three in space business 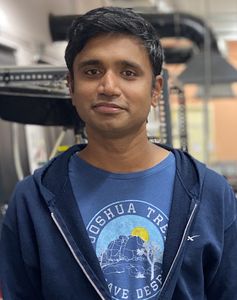 AGNIKUL COSMOS is perhaps the best-known Atmanirbhar success story in the Indian space sector. Based in IIT Madras, it made headlines when it became the first in the world to make and successfully test a 3D-printed rocket engine. The startup aims to develop and launch its own small-lift launch vehicle, says Srinath Ravichandran, cofounder & CEO. Excerpts from an interview:

When you started, you didn’t think of India as a market?

India might not have been ready at that point in time, but I knew that this was inevitable. In the US, I understood ISRO had a tremendous amount of credibility. India was already on the map because of ISRO’s accomplishments. It was not a matter of if, it was just a matter of when. We are seeing a lot of small satellite companies come out of India, we are seeing satellite component manufacturers, the entire ecosystem coming out of India. India will get there.

Where does India stand in the space sector?

India is seven or eight years behind the US. Technology-wise, India is there. Maybe it will take five or six years to put a man in space or do reusability like what the US has accomplished with SpaceX. From a business point of view, investors are starting to understand that these are not R&D projects, but there are viable business models to be built out of it. The money has started flowing. We have been lucky in raising money.

There are going to be big breakthroughs happening in the next few years. The gestation period is a bit long, but I think we are already there. The government being upfront is going to encourage a lot of people to give it a shot. ISRO is helpful and it also has the attention of the Prime Minister’s Office. India will definitely be among the top three in the next five years.

Has the Ukraine war changed things? Some launches from Russian facilities are now being shifted, and probably could come to India?

As more people wonder whether they should launch from Russia, India’s PSLV and others get a lot more traction. We also have the ability to solve problems for many folks already working with Russia. Even in the natural course of business, people will start approaching India. Not just in rockets, but in a lot of things related to space. It is a mixed bag; raw material prices have gone up. But some semiconductors headed to Russia will come our way. It is overall a positive thing for us.

Tell us more about your company’s plans.

We are trying to get the first few launches this year. These would be developmental flights (test launches). Then scale to a commercial launch in 2023.