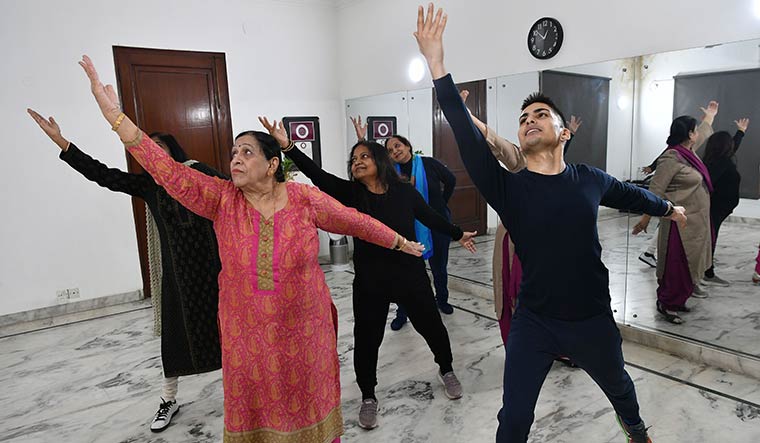 Life is a song: The Senior Dance Wellness programme at You Can Dance in Gurugram | Arvind Jain

Beena moved her parents from Pune to a house near hers in Bengaluru, to care for them. But it turned out that they needed more than that. Her parents, Sarojini, 86, and Moti Shahnani, 92, required catheter support besides daily care. And Covid was the last straw.

“I was not able to take them to doctors,” said Beena, who turned in desperation to Portea, a health care startup that offers services ranging from basic nursing assistance to tailor-made packages based on patients’ requirements. Beena signed up for a package that included daily nursing care at home, medical monitoring, catheter change and emergency medical attention. “My parents stay in their own independent house, but I know that there is help at hand at any time of the day,” she said.

On the other end of the spectrum is Ila Gupta, 66. The Gurugram-based homemaker joined Senior Dance Wellness, a programme curated exclusively for seniors by the dance wellness company You Can Dance, a while ago. “Dance was a passion for me, but I was busy with duties at home. But now that my children are settled, I can finally indulge in it,” she said.

“We felt there was a huge gap in the market,” said You Can Dance’s co-founder Yatan Ahluwalia, who, along with co-founder & creative director Pulkit Sharma, designs the session keeping in mind the health conditions of the seniors.

These are just the tip of the opportunity iceberg that the silver economy is. The term refers to products and services aimed at the purchasing potential of the elderly. While this primarily brings to mind real estate projects billed ‘senior living’, of late it has moved on to cover a lot more in its ambit, ranging from financial solutions, transport, food, insurance, robotics, internet, sports and leisure. There is even a television channel aimed specifically at senior citizens!

The government itself is pushing its silver economy agenda seriously. In December 2020, it came out with a draft National Policy for Senior Citizens, with appropriate regulations and standards, tax structures, policy support and subsidised financing. Ayushman Bharat has provision for an Asha worker to check on senior citizens, at least on paper. There are high expectations that the 2022 Union budget will have sops beyond the tax exemptions. 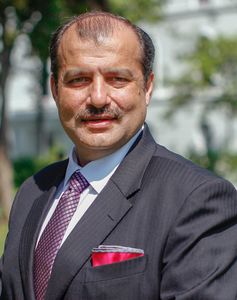 But the most exciting government plan has been a business incubator project called SAGE, or Senior Ageing Growth Engine. It aims to “give a boost to private participation in the elderly care sector by selecting and promoting new startups with innovative ideas,” said R. Subrahmanyam, secretary in the ministry of social justice.

SAGE will have a screening committee that will provide a funding of Rs1 crore as one-time equity to startups that suggest business ideas on elderly needs not just in health and housing, but also technology access to finances, wealth management to legal guidance.

SAGE is joined in the acronym-craze of the Modiverse by SACRED, or Senior Able Citizens for Re-Employment in Dignity, which will work à la an ‘e-marketplace’ for senior citizens looking for a job, be it full-time or gig work or even pro bono options. Those retired from the armed forces as well as public sector companies and nationalised banks could be part of the first set of seniors to be thus employed.

The reason for this heightened interest in the silver economy is not hard to figure out. A recent study in The Lancet noted that the life expectancy of an average Indian had risen by more than 10 years since 1990—from 59.6 years to 70.8 years. This means, and estimates by the UN as well as the Confederation of Indian Industry confirm, that about one in every four Indians will be a senior citizen by 2050. In sheer numbers, that will be equal to the population of the US.

Looking after the welfare, including specific health requirements, of such a large number of people can be mind boggling. This is why Bibek Debroy, chairman of the Economic Advisory Council to the prime minister recently said, “India is often portrayed as a young society, with a consequent demographic dividend. But India also has a greying-cum-ageing problem.”

However, there is a silver lining. While the challenge is to meet the requirements of this big group and to see how they can be made productive, it also throws up an opportunity. Thanks to the rising incomes and retirement benefits, and better investment opportunities, the elderly now play a significant role in driving the economy. In fact, studies put senior citizens, along with professionals in the 45 to 64 age group, as the ‘wealthiest age cohort’ in the world. And they would like to lead a full and productive life through the sunset years. 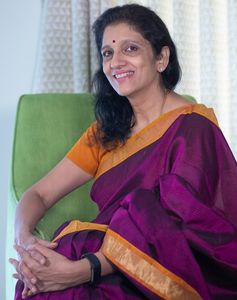 “A large number of senior citizens today are independent, well-travelled, financially stable and socially connected,” said Prashant Thakur, director & head (research) at the realty consultancy firm ANAROCK. “They have every right to decide how they want to live in their golden years.”

And it is a market that is buzzing with a bevy of products and services—some old, some new and some borrowed from the west, where the silver economy is already a thriving segment.

Ratan Tata, chairman emeritus of Tata Sons, is an investor in a startup—started by his protege Shantanu Naidu—called GoodFellows. It aims at providing companionship to the elderly in their day-to-day activities. The pilot is on and a launch is planned for early-2022.

Naidu will face competition from the likes of Seniority, a shopping destination for seniors. Its members-only Evergreen Club is a web and app-based platform where anyone above 55 can socialise with others in the age group over shared interests, games, competitions and skill sessions.

And, why limit those interactions to just socialising? Happy Seniors, a Pune-based dating community, does cupid proud as a dating service for elders. Many old-age homes and marriage service firms are offering ‘alliances’ for those in the older age brackets; some apparently even match seniors interested in a live-in option, considering how companionship is the biggest need for most seniors.

And, the importance of retirement planning is also increasing. According to Prashant Tripathy, managing director & CEO of Max Life Insurance, “There are no alternative retirement instruments available for senior citizens other than traditional ones like post office savings, bank fixed deposits, like different type of annuities.” Max Life Insurance recently did a retirement index study to gauge the financial capability of Indians to lead a healthy, peaceful and financially independent life once they retire.

While the real estate projects aimed at ‘senior living’ initially came up at the turn of the century, it seems to have come of age now. A recent study showed that there were at least 55 specific senior living building projects in various stages of completion across India. This is an estimate from just 12 big realty firms. The Association for Senior Living India (ASLI), the umbrella body of developers which liaison with the government on policies, says it is adding three or four new members every month.

That the potential requirement of senior living in the years to come is way more than what is available or under development explains the interest. Max India’s Antara, for instance, recently announced a Rs300 crore investment to build senior living projects across big cities.

“Many seniors do not (want to) settle for traditional old-age homes as they prefer, and can afford, autonomy and the company of age peers in well-equipped retirement communities,” said Anuj Puri, chairman of ANAROCK. “A recurring theme of this pandemic has been seniors living alone, struggling for basics, managing without house help and anxious about medical issues. The need for homes in a setting where these factors are taken care of is now undeniable.”

The pandemic clearly accentuated the need for senior-specific developments. “Residents of senior living communities were safer, better served and remained socially engaged during the pandemic. This was in direct contrast to the difficulties faced by seniors living on their own,” pointed out Mohit Nirula, CEO of Columbia Pacific Communities, one of the first multinational firms to venture into senior care in India.

Senior living options have transformed from the days of being cooped up at old-age homes run by charitable or religious organisations. From retirement communities outside city limits to separate apartment complexes with scalable facilities (a bed with wheels or health monitors, for example), medical help on call and round-the-clock security, it has now evolved into even hybrid options.

Realty major Puravankara’s Capella complex in Whitefield in Bengaluru, for instance, is now planning two towers exclusively for senior living. “The advantage is that you can have the child and the parents living in the same community in the same complex,” said Ashish R. Puravankara, managing director. Puravankara now plans to incorporate this model in all its large projects in the future.

Hospital care at home is also picking up steam. “Many procedures can be effectively done at home, and insurance companies are also supporting them. This is starting to become mainstream,” said Meena Ganesh, MD, co-founder and chairperson of health care startup Portea Medical. “A health plan which tracks health condition and over a period of time intervenes as appropriate is what we have seen to be very popular.”

According to Ankur Gupta, chairman of ASLI and joint-managing director of Ashiana, the first real estate company to launch senior living in India, the taboo has reduced considerably and the conversation has completely shifted. “It is such a delight to see seniors wanting to live a quality life and keep their kids independent,” he said. “It will help the sector at one level, and the country at another. We are making everyone capable of taking care of themselves at a greater level.”