Will ONDC kill Amazon and Flipkart as we know them? 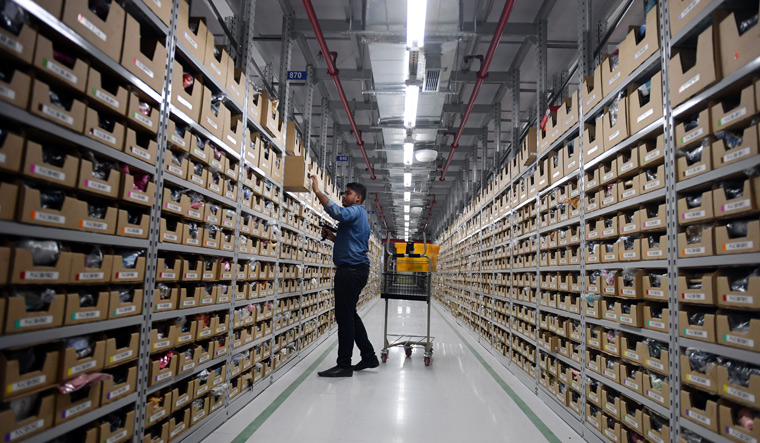 Uneasy giants: An Amazon India fulfilment centre near Bengaluru. The duopoly of Amazon and Flipkart may be coming to an end | Bhanu Prakash Chandra

The mood was light in Lutyens Delhi. A cantankerous Parliament session had just ended and the ‘Amrit Mahotsav’ festivities for the 75th year of independence were being launched. Commerce Minister Piyush Goyal, however, was all business as he chaired an innocuous meeting at his office, a virtual gathering of about a dozen people to discuss a project the government had initiated. Goyal did most of the talking, laying down the roadmap for what, in true sarkari style, had its own new-fangled abbreviation—ONDC, or Open Network for Digital Commerce.

Later that night, as the government issued a statement outlining the rough contours of the project and its aim, alarm bells started ringing. From the glitzy glass-and-steel towers of Bengaluru all the way down to the US, the uneasy whispers had just one question. Is this aimed at finishing off Amazon and Flipkart in India?

The official government note was circumspect. “ONDC is a globally first-of-its-kind initiative that aims to democratise digital commerce, moving it from a platform-centric model to an open network,” it said. “[It] will enable buyers and sellers to be digitally visible and transact through an open network. No matter what platform or application they use.”

Goyal was more blunt. It will end the monopolistic practices in digital commerce in India, he declared. “ONDC will not just be limited to products but also to services,” he added.

In one stroke, ONDC went from being just another government initiative to perhaps the most potent weapon the ruling dispensation has yet unleashed on India’s e-commerce duopoly. By Goyal’s definition of “not just limited to products”, it instantly made its target not just Amazon and Flipkart, but virtually every online seller in the country—anyone from a ticket booking site to a food delivery aggregator.

According to Pallab Saha, general manager (India) & chief architect at The Open Group, a Silicon Valley-based global consortium working towards open technology standards, “ONDC is aimed to completely rewrite and re-architect the digital commerce landscape in India. A revolution is imminent, and revolutions by definition are disruptive.”

This “revolution”can make life difficult for e-commerce players. Right now, they work on their own proprietary platform, often using their own software. The information analytics generated is kept to themselves while algorithms are tweaked and configured as per their inferences. Remember how allegations used to fly thick and fast that Amazon India promoted its subsidiary companies like Cloudtail and Appario Retail by putting them at the top of search results offered to a shopper? Well, now ONDC mandates all online businesses to operate using the same ‘open source’ standards that the committee, possibly a regulatory body at a later stage, notifies.

In a marketplace-centric model, a buyer first selects a platform and then searches for a product there; in the new model, the buyer will search for the product first and then pick the right seller offering that item. The platform the seller is on becomes secondary.

“It has been evident in the past that open-source platforms have helped small players and organisations innovate and develop a more sustainable model,” said Sumit Shandilya, adjunct professor, School of Management, BML Munjal University, Gurugram. “This would certainly provide all the small and medium fishes in the ocean with an opportunity to grow big, and simultaneously give a boost to Make in India.” 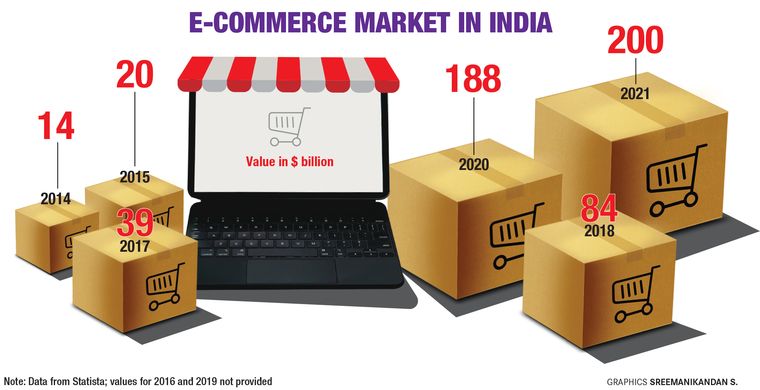 While what shape ONDC will take remains unclear, the power-packed composition of the committee makes it clear that the government means business. Nandan Nilekani, non-executive chairman of Infosys, and retired bureaucrat R.S. Sharma, who were the forces behind Aadhaar, are on it. So is Dilip Asbe, MD and CEO of the National Payments Corporation of India (NPCI), the entity behind Unified Payments Interface. The standardised open-source platform of UPI, where many private players like Google Pay and Paytm offer mobile money transfer services, has been cited as the model envisaged for rolling out ONDC.

But the presence of two other members in the committee leaves no doubt as to which way the cookie crumbles—Praveen Khandelwal, secretary-general of Confederation of All India Traders (CAIT) and a loud critic of e-commerce companies, as well as Kumar Rajagopalan of Retailers Association of India. There is no representation of the e-commerce companies.

Along with the dramatic growth of e-commerce in the past few years, on rise has been the opposition against it, particularly from physical retailers. Allegations by CAIT and others have ranged from predatory pricing and prioritising certain sellers to the foreign ownership of Amazon and Flipkart. Though an Indian startup, Flipkart was taken over by the American retail giant Walmart in 2018.

Goyal had also not bothered to hide his dislike of tech giants in general, and Amazon in particular. In January 2020, when Amazon boss Jeff Bezos announced an investment of $1 billion in India, Goyal said, “It’s not as if they are doing a favour to India when they invest a billion dollars.” Bezos was not given an audience with Prime Minister Narendra Modi or Goyal during his last India visit.

While the pandemic sparked an even more widespread adoption of online shopping—a Bain & Company report says the market grew 25 per cent last year—it has also been met with more resistance. This has come in the form of government pronouncements, inquiries by the Competition Commission of India, court cases and even a new draft e-commerce policy that sought to put stringent curbs on operations of e-commerce entities.

ONDC goes beyond all these and intends to change the rules of the battle itself. But how much will it benefit the small shopkeeper and trader, and how much will it help in providing more freedom of choice to consumers?

“ONDC is not going to help the small businessman, if that is the intention,” said a senior official at one of the top e-commerce players who did not want to be named. “It is skewed towards the middlemen, who are politically connected and have been pressuring the government to crack down on us. If you want to help MSMEs, as per the PM’s call to push for Indian exports, it can’t happen with this current open-source internet. It can only happen with someone like an Amazon, who is also present on the other side.”

An industry insider even argued that there was a pattern in the steps taken against the American e-commerce giants. “It is always related to trade talks with the US—these are then used to put pressure on the US government and negotiate something better out of them.”

While there is consternation in the e-com world, none of the big players is willing to comment on the development. A leading fresh food e-tailer’s strategy team told THE WEEK that it had advised the CEO to not respond to queries about ONDC as it was “sensitive in nature”.

ONDC could end up as sweeping in scale as some of the national digital public network initiatives, like GSTN, UPI or the CoWIN app, and that brings with it its own issues. “E-commerce is a complex business where every business has its unique supply chain and processes and it will be a challenge for the government to have standardisation,” pointed out Kapil Makhija, CEO of Unicommerce, which has been working with sellers from tier-2 and tier-3 cities.

For leading e-commerce players, it will be a tough reconfiguration, including a complete revamp of their systems and losing advantages like control over the user interface and consumer behaviour insights. For the government, it will provide better control over what is sold and bought. For example, in UPI, a recent government stipulation set a market share limit of 40 per cent for any service provider, immediately dampening the growth of market leader PhonePe (interestingly, owned by Walmart).

It also remains to be seen if the physical world retailers get a level playing field advantage because of ONDC. “Trade wars were always about survival of the fittest and never about the survival of the privileged,” said Shandilya. “Let’s wait and see who is the fittest of them all.”