Beyond the economy and the pandemic, Centre-state tussle could continue to be vexing 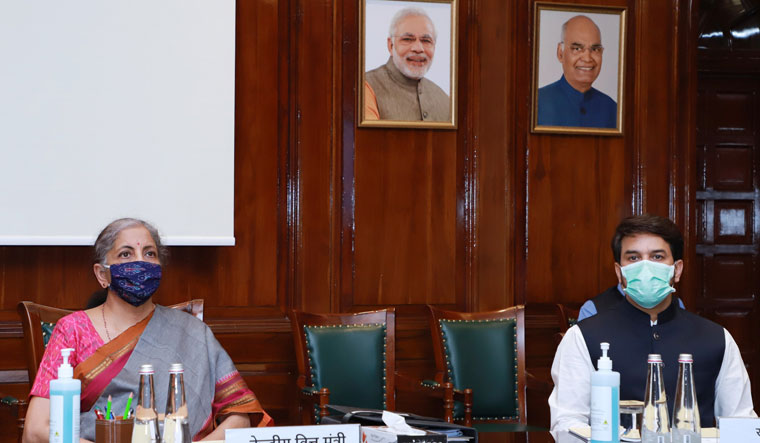 Big brother throwing his weight around? Or ‘elder brother’ offering compassionate guidance? Be it either, the relationship between the Union government and states reached a new low two weeks ago over the Goods and Services Tax compensation issue. Despite the last-minute rapprochement salvaging the situation, there are many more cracks waiting to burst open. And not just in matters of economy.

“The BJP has been far more aggressive in its pursuit of centralisation in its second term,” argued Yamini Aiyar, president and chief executive of the think-tank Centre for Policy Research, in a recent essay. “The grammar of cooperative federalism has been eschewed in favour of ‘one nation’.”

What does this rift mean for a country struggling to deal with a pandemic? “Regaining the spirit of ‘Team India’ in the current downturn is an imperative. Otherwise people will continue to suffer,” said Pradeep S. Mehta, secretary general of Consumer Unity & Trust Society, an international consumer advocacy organisation.

There are, however, arguments that the current circumstance requires a different approach. “In a pandemic situation, some powers have to be ceded to the Centre for a standardised approach,” said Shashank Tiwari, government strategy & transformation leader, PricewaterhouseCoopers India.

The GST deadlock came about on the question of how to foot the amount due to the states. States had given up almost all their tax-generating powers (with the exception of petroleum products, alcohol and land) to the Centre for the sake of a uniform GST tax structure across the country, on the promise that the revenue will be shared equally and any shortfall in 14 per cent annual growth rate will be compensated. Since its inception in 2017, the GST Council, where the Union and finance ministers got together and decided on all matters amicably, was hailed as an example of the federal setup.

However, it all unravelled pretty quickly in 2020. A powerful Central government and a dip in tax collection led to the perfect storm that rained on this bonhomie. While Rs2.35 lakh crore was calculated as the total shortfall, Union Finance Minister Nirmala Sitharaman said states should borrow this money, with a cess being extended over the highest GST slab to pay it back.

The BJP-ruled states fell in line, but others were adamant that the Centre should borrow and pay them as the money was supposed to be paid by the Centre. The impasse stretched over three GST meetings, with the last one ending with states like Kerala threatening to go to the Supreme Court. Nudged by the Reserve Bank of India and those who pointed out that it made sense for the Centre to borrow, Sitharaman backed down.

“All this back and forth was unnecessary, and had the same solution agreed upon earlier, a lot of precious time could have been saved,” said Vivek Bindra, CEO of Bada Business. “Centre-state relations have certainly suffered a blow.”

Kerala’s Finance Minister Thomas Isaac said it would take some time to repair the damage.

The GST showdown is not the only instance of the Centre and states locking horns. There was an uproar when three farm bills were pushed through in Parliament in the last session. Punjab passed a bill in its assembly to override the Centre laws, while Rajasthan Chief Minister Ashok Gehlot said that the state, too, would negate the Centre’s move with its own bill.

The recent recommendation to move health from the list of state subjects to the concurrent list (where it will be under the jurisdiction of both the Centre and the states), ostensibly may make sense in the times of a pandemic, but has not gone down well with many states. A similar change was suggested by the Ashok Chawla Committee for water resources a while ago.

Adding fuel to the fire was the terms of reference for the 15th Finance Commission from the central government suggesting a re-examination of Centrally Sponsored Schemes (CSS), where the central government gives money for schemes but they are implemented primarily by local governments. The Commission is also set to examine “a separate mechanism for funding of defence and internal security”. Many fear this is another way to cut down the share of taxes due to the state governments from the divisible pool.

“Why should there be CSSs for items in the state list? If the Union government should contribute for health because it is nationally important, should states not contribute for defence?” argued Bibek Debroy, chairman of the Economic Advisory Council to the Prime Minister, setting the stage for another prospective Centre-state clash. 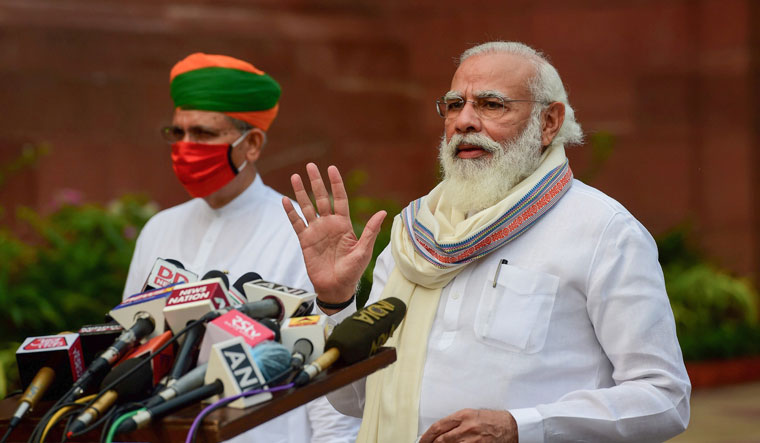 Push for power : From being ‘vocal for local’ when he was chief minister, Narendra Modi seems to have taken an about-turn since storming to power at the Centre six years ago | PTI

Hammering away at the powers and prerogatives of the states by the Centre is neither new nor limited to economic issues. In 1980, storming back to power at the Centre, Indira Gandhi wasted no time in gunning for the opposition governments in states. During the Emergency, she transferred five crucial subjects, including education and forests, from the state list to the concurrent list.

Ironically, from being ‘vocal for local’ when he was chief minister, Narendra Modi seems to have taken an about-turn since he became prime minister six years ago. “It was expected that he would understand the perspective of states and make genuine efforts to empower states and practise cooperative federalism,” said Mehta. “While some laudable efforts were made in the beginning, the recent shift to ‘one nation’ policy is visible to enable him to take credit of successes, position him as a strong leader, and offer him a long-term stint at the Centre.”

This was seen in the many schemes like Ayushman Bharat, Swachch Bharat, PM Kisan and Ujjwala, where bureaucrats from Delhi monitored the progress of implementation at the local level, irking state administrations. The BJP’s election campaign also went to town advertising these as ‘Modi’s schemes’, reaping rich dividends.

The fault lines may be more gaping now, with both the Centre and states strapped for cash following the lockdown. But there seems to be no option but cooperation. “There are issues. But for the Centre, too, states are critical for growth as well as ground level implementation of schemes and stimulus measures,” said Sreejith Balasubramanian, economist (fund management), at IDFC Asset Management Company. “This deficit issue is not going to improve in just one year, so it is important that both coordinate in spending, to address supply side issues and get the maximum growth multiplier.”

Lekha Chakraborty, economist at National Institute of Public Finance and Policy said this was an uncharted territory in Centre-state relations. “Coordination is significant to tide over this dual crisis—public health crisis and macroeconomic crisis. The debt-deficit dynamics between the Centre and states is the pivot. How we recalibrate the fiscal rules will be the game changer,” she said.

But beyond the economy and the pandemic, the Centre-state tussle could continue to be vexing. “Powerful Central governments try to assert their power and tame state governments,” said Bindra, also a motivational speaker. “But in a country as large and diverse as India, the Constitution gives state governments distinct political and fiscal authority, and this must not be compromised.