India can be the factory and the office of the world 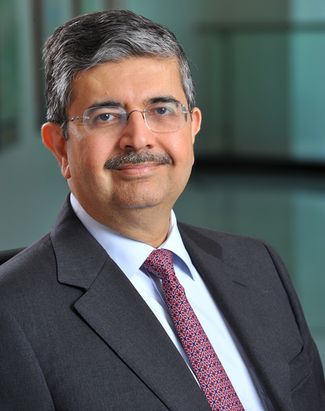 As the newly anointed head of India’s biggest business chamber, Confederation of Indian Industry, Uday Kotak has his task cut out—chart out a roadmap for corporate India to traverse the biggest challenge it has faced in a long time. His first shot is a 10-point agenda for getting growth back while saving lives and livelihood. Excerpts from an exclusive intervew:

Q/Your 10-point agenda to build India in a post-pandemic world says getting growth back is non-negotiable. But it admits that of the four engines of economic growth, consumption, investment and exports have been lagging, and only government expenditure is propping it up. How do you get the rest to pick up?

A/For a long time, consumption and government spending were holding up the economy. Just before Covid hit, slowdown of consumption also set in, so we were beginning to depend disproportionately on government spending. But the factor which has been a big challenge for a long time has been private investment. There could be a number of reasons for this—ease of doing business in India, real interest rates, opportunities, bureaucracy and, to a certain extent, the transition of Indian system to a much cleaner one which a lot of businesses were not used to. The transition had more or less happened; we have a much cleaner system [now]. But then, we had this accident in Covid-19.

We now need to re-imagine investment. Let’s not think about investment in the traditional sense. We normally associate investments with factories, steel, cars, etc. But it is a lot more. Health care, for example, is 1.3 per cent of GDP. Why can’t it be 5 per cent or more? Similarly, with education and environment. We have to think of these in the medium term. In the short run, we have to fight the here-and-now battle of lives and livelihood.

Q/There was a consumption slowdown even before Covid hit. Now the job losses and salary cuts and overall uncertainty have further affected growth. Is there anything that can be done?

A/Think about the economy like the human body. The choice in front of us is to give steroid which will make the patient feel good for a while and make him assume everything is all right. Or, you decide [to give] medication which will medium-term solve this but it will have to be done for a few months consistently. That is what we say—part of the medicine is medium-term and part is here-and-now.

Q/The rural-urban rebalance you talked about, and which some state governments are also targeting, envisages a sudden development of the rural hinterland, establishing industries and using the migrants who have returned to scale up quickly. How feasible is that?

A/[The migrant worker] left his village to come to the city because the village had low prospects and income levels were better in the city. He lived in poor conditions and the job was not secure, but it was better than the village, so he struggled on. Then Covid happened. He was worried over the safety of his loved ones, lost his job. So he decided, enough of it, I want to go back and stay there. What is wrong in it? It is his choice. It is up to us industry and society to convince him that if he comes back, we will create an environment better than the choice he has taken. Why can’t we use this opportunity to create employability and sustainability and give the individual a choice, to be wherever he believes is his calling? And, if you really want him back in the factory, what are employers doing to make it worthwhile for him to come back?

Q/You tweeted that India can be the back office of the world. In the 30 years of liberalisation, India has become a powerhouse in the services sector. Now, the focus of the government is to move from this to manufacturing, with the Make in India campaign and the get-business-from-China narrative.

A/I don’t think it is [an] either-or [situation]. Make in India is an opportunity. These are turning points of history. The China-US situation is not something we created. Concentration of manufacturing in China is bothering most players in the world, and we are not doing anything to upset the apple cart. But if we are a competitive nation, we must get people to make in India on the strength of what we are. And we must do whatever it takes. Therefore, if we are to become the ‘factory of the world’, which is what China has been, we must try.

But that does not preclude us from becoming back office. Work from home has taught us that we have the opportunity to also become the office to the world. Be it in California or in a village in India, if a worker has the skill required in the new post-Covid world, he can be operating from anywhere in the world and be hired by anyone, from Google to Jio. You don’t need to be the back office; you can be the front office of the world, and, without in any way upsetting our game plan of Make in India. Ideally, we should be both the factory and the office of the world.

Q/The success of the government’s stimulus package hinges on quick and efficient disbursal of credit, which may not really happen because banks will just play safe. What is your analysis?

A/MSME is a very big opportunity; the guarantee given by the government is real. The Rs3 lakh crore can happen between now and September. We should be going all out to make it happen. I am quite hopeful. In addition to the guarantees, we have made the criteria for MSMEs more liberal. Both these put together will certainly help the MSME sector.

Q/Is there anything in the government’s stimulus package which you feel has been left out?

A/One thing we obviously should have had at the top of our priority is to do whatever it takes to protect livelihoods. The government has done a lot—give food grains, first round of giving money to the bottom-of-the-pyramid women, etc. But if there is a way of protecting livelihood, including for people losing jobs, some ability to have at least a basic level of subsistence, we should not hesitate to do whatever it takes.

A/Whatever it takes. To protect lives and livelihoods is our No 1 duty as a nation. And that is a short-term here-and-now necessity. In the medium term, we have to transform Indian health care and education, and we have to transform our relationship with mother nature. That must take priority over short-term [demands] of business or industry based on pressures.

Q/In this survivalist rush for growth, nature could well be a frontline casualty. How does one strike a balance?

A/I don’t think there is an easy answer. Obviously there [has to be] a balance. There is a famous quote by John Maynard Keynes: “In the long run we are all dead”. There is a counter quote to that: “Keynes is dead, and we are in the long run!” Mother nature is like that!

In Mumbai, I saw beautiful clear skies, the kind I’ve not seen in ages. How do we preserve this harmony with nature and, at the same time, get our growth back? If there is one thing I have learned in life, it is that it is never ‘either’ or ‘or’. The most powerful word in the English language is ‘and’!

Q/Your growth projection—will it be V-shaped or L or something else? Everybody has been asking for an alphabet!

A/I’ll give you one. The alphabet with which my name starts—Uday!