Open to discussions with Coca-Cola and ITC for stake sale 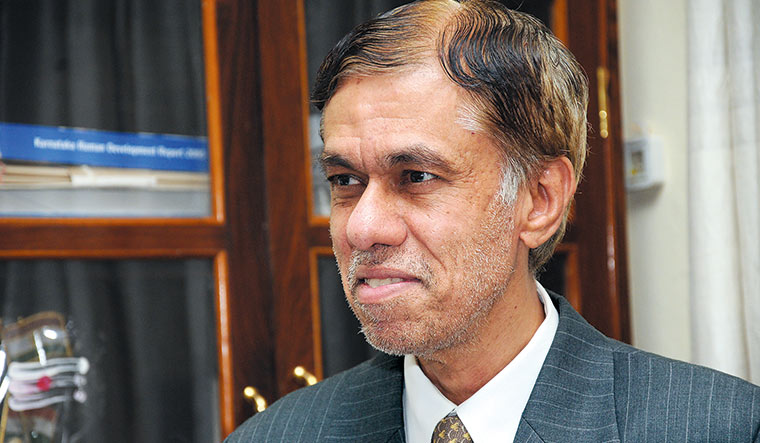 S.V. RANGANATH has a lot on his plate right now. While he is still in mourning after the death of dear friend V.G. Siddhartha, founder of the Cafe Coffee Day chain, he has been entrusted with the job of getting the company, which has been struggling with huge debt, out of trouble. Former Karnataka chief secretary and chairman of the Coffee Board, Ranganath joined the board of Coffee Day Enterprises Limited (CDEL), the holding company of the Cafe Coffee Day chain and some 40 other subsidiaries, when it went public in 2015. In an exclusive interview, he speaks about the future of the company and his priorities.

As the interim chairman, what is your immediate priority for the company?

My immediate priority will be to revive the business and to safeguard the future of the CDEL employees and all the stakeholders of the enterprise. As the business has taken a backseat, it needs to be seen how to instil confidence back into the shareholders and employees and other stakeholders, such as coffee planters associated with the company. Since CDEL is a listed company, we are answerable to all the stakeholders as they have invested their hard-earned money into it. We will continue to take corrective measures to revive the business and will keep the regulators informed about our moves and announcements on a regular basis.

Companies such as Coca-Cola and ITC are said to have shown interest in acquiring stake in Cafe Coffee Day.

We are open to discussions with companies such as Coca-Cola and ITC as we feel that they have deep pockets. They can play a significant role in the revival of the coffee business of our organisation. In case they come forward to acquire stakes in our company, they need to take the business forward and not just take control of the retail outlets. Their stake will further promote the coffee drinking habit across the country, as India is still predominantly a tea drinking country. They should also be willing to promote the entire coffee ecosystem that the Cafe Coffee Day brand is known for. The coffee planters in India are grappling with challenges such as uncertain moisture, pests and price issues. Under Siddhartha, all such issues were addressed thoroughly. CCD is not just confined to retail outlets and vending machines, it also involves coffee planters, who are facing agrarian distress due to climate change and are not able to fetch the required price for the crop. If the new stakeholders are willing to take the responsibility of the entire coffee ecosystem, we are willing to talk to them.

Why have you taken the services of the audit firm EY to investigate the financial dealings of Siddhartha?

How did you choose EY?

We zeroed in on EY to do the investigation because we felt that they had the required expertise to do a thorough forensic audit. Through this the board will come to know the truth behind all the financial transactions and the debt burden and financial liabilities of the other subsidiary firms of our holding company. In order to bring in more transparency, we ensured that the auditing company is unbiased and has not conducted an audit of any of our subsidiary companies ever before. The audit will also give us a direction and will help us design our future strategy more effectively with regard to financial restructuring and solve the debt burden and loan issues challenging our organisation.

You have an emotional connect with Siddhartha and his coffee business.

I have an emotional connect with Siddhartha and his coffee business because, from the beginning, he was trying to bring in a change to the entire coffee ecosystem. It was due to his efforts that Indians started giving importance to coffee as a drink. He had been instrumental in changing the habit of Indians from tea-drinking to coffee-drinking. I had been the chairman of the Indian Coffee Board of India and it was during this time that I realised the challenges coffee planters face. There are around five lakh coffee growers in India, mostly confined to the western ghats of the country. Most of them face agrarian distress when compared with coffee growers in Latin America and other countries where the crop is not that affected by climate change. Besides, there are serious pest problems in the region and the coffee planters have to grapple with price issues. Siddhartha tried to solve all these issues with his coffee business. When he went for an IPO in 2015, I joined the board and got involved in his coffee business.