iQOO 11 5G Review: A solid performer on the hardware front

Software experience is good, there is also room for further improvement 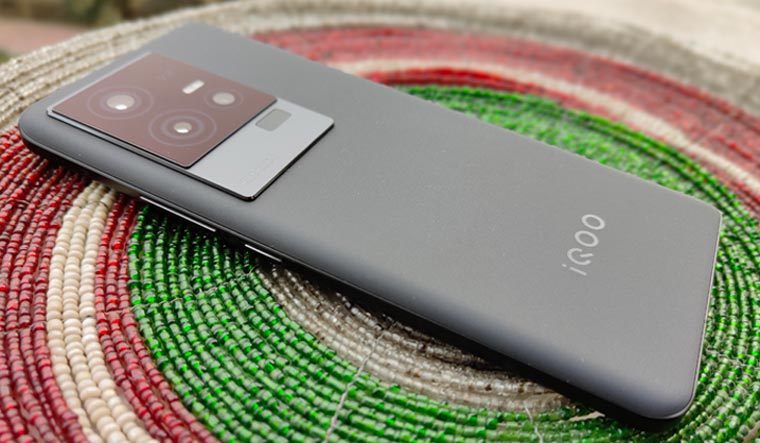 We have a new premium 5G smartphone and it’s from the house of Vivo’s sub-brand iQOO. The iQOO 11 5G comes at an interesting time where more and more smartphone players are adopting 5G across their price ranges, while not shying away from passing on the higher cost of it to the customer. With the base model priced Rs. 59,999 and higher one at Rs. 64,999 (before any discounts), let’s see if this new iQOO device is worth your attention.

Design: The device has a 6.78-inch display with Corning Gorilla Glass Victus on top of it and an optical fingerprint scanner near the bottom. I tried the Alpha Black model that has a velvety glass back and metal frame, which doesn’t catch smudges and fingerprints too soon. The phone measures 8.4mm in thickness and weighs 208grams, which makes it a bit on the heavier side. The volume buttons and Power/lock key sit on the right, and they feel nice and tactile enough to press (the left side is plain other than plastic stripes for better network reception). The top houses the infrared port and the secondary mic; while the bottom carries the dual SIM card tray, USB type C and loudspeaker (other one in the ear-speaker grille next to the front-facing camera). The bezels around the display aren’t the thinnest we have seen but these aren’t too thick either, just that the bottom one (chin) is slightly thicker than the others. The phone never felt slippery to carry around though it does feel a bit heavy, but that’s sort of expected with that display and battery combination.

Display: iQOO’s 11 5G sports a 6.78-inch (1440x3220) AMOLED display (that’s upgraded from E4 to E6 this time) with support for refreshing rate of up to 144 per second. This display is one of the better things about the device, without a doubt. It’s a good quality panel that can handle high resolution videos and images more than well enough, including HDR content over YouTube. The colours look quite vivid, video output is sharp for streaming users, and it’s usable under direct sunlight without any struggles. It has richer black levels with its AMOLED and is plenty bright enough that aren’t going to miss out on details on it.

Camera: On the back, you get a triple camera setup placed on a big rectangular cutout that also has the dual LED flash and V2 branding. The phone has a 50MP (f/1.88) main camera, a 13MP (f/2.46) telephoto camera, and an 8MP (f/2.2) ultra-wise camera. The camera hardware here isn’t anything to complain about. Ut’s pretty much a premium set of cameras that performs well in most conditions, giving really nice and detailed shots – whether using the 50MP shots or the ultra-wise shot on the go. For night shots, the main camera seems to be an improvement over iQOO’s previous tries, so you get less noisy and better focused shots with the night mode. You can shoot 4K videos at 60FPS and even 8K videos at 30FPS from the camera. On the front, you get a 16MP (f/2.45) camera that does a nice job of taking selfie shots or for regular video calls, though I would suggest switching off beautify and makeup modes for selfies and then trying on a few shots yourselves, though some “pose” (filters) might be worth checking depending on your location.

Performance and software experience: The device runs on FunTouch OS 13 based on Android 13 with the January security patch installed. It sports the new Snapdragon 8 Gen 2 chipset (up to 3.2GHz octa core processor, Adreno 740 GPU and x70 modem) along with 16GB of RAM and 256GB of UFS 4.0 storage. There’s also a Vivo V2 chip that’s made for additional camera, gaming and display performance, as per the company. The device performs day to day tasks and handles graphicintensive games without any issues here. You can expect to play a games like Genshin Impact and COD: Mobile at its highest settings without too many frame drops or stuttering during your gameplay. The OS hanldes switching between apps and closing of apps quickly, though I would suggest keeping some of your most used apps “locked” in the multiple apps view in order to not restart them every single time due to FunTouch OS’s aggressive RAM management at times. The software on phone is very much customizable and tinkered by the company. You can change fonts, themes, vibration intensity and son on from Settings. There’s also Material You from stock Android in place witch which you can select a particular colour palette for your icons and system colours from Homescreen settings. The thing I didn’t like about the OS is, how many extra set of apps and services are in place out of the box. Most can be uninstalled and ads can also be disabled during the initial setup itself, but not everything gets filtered out. For instance, when using an app installation link, the phone showed as many as 4 options to choose from to install that app, including the Play Store and Vivo app store, while the other 2 were useless. I would also suggest disabling notifications from some of the company’s apps that you aren’t going to ever use anyway. While the performance from the phone itself doesn’t disappoint in any noticeable way, there’s some software choices made here that could be further improved for sure.

Battery life and other stuff: The phone is powered by a 5,000 mAh battery unit and comes bundled with a 120watt charger in the box. It lasted me over a day more often than not, used at 30% of screen brightness with smart refresh selected, WiFi and location always on, with 5G and hotspot used for 2 hours, two Email Accounts, regular messaging, half an hour of videos calls and calls each, the phone doesn’t disappoint in the battery department. I found the phone to charge from 1% to fill in under half an hour, which is pretty fast, hopefully there’s no damage to the battery health in the long run.

Connectivity-wise, I found 5G network reception to be decent enough, the phone didn’t often drop to 4G LTE too frequently when on the move. Even with hotspot on for hours, the phone didn’t heat up much. WiFi and Bluetooth performance is top notch here and so is the GPS experience with no lags in location lock-in. The phone, though, does miss out on wireless induction charging and official IP rating for water and dust resistance. Having said that, I found the phone to work without any hiccups after a splash in running water a couple of times.

Verdict: The iQOO 11 5G is overall a really good performer on most fronts. It has a high-quality display, a top-of-the line chipset, great battery experience, a good set of cameras and a decent design, too. Though there’s wireless induction charging missing, the main point that can kind of hold it back is the software choices mentioned above. iQOO mentions 3 years of OS updates and 4 years of security updates for the device, and hopefully the software experience keeps on improving with these updates. It will be interesting to see how the likes of OnePlus and even Samsung compete in the coming weeks in thie price segment; with its price tags, the iQOO 11 5G is worth a consideration if you’re looking for high-end Android smartphone that is far from the most expensive but can hold its ground especially when it comes to the hardware.