Yamaha TW-E7B review: Stand out from the crowd

The wireless earbuds offer a lot of good stuff 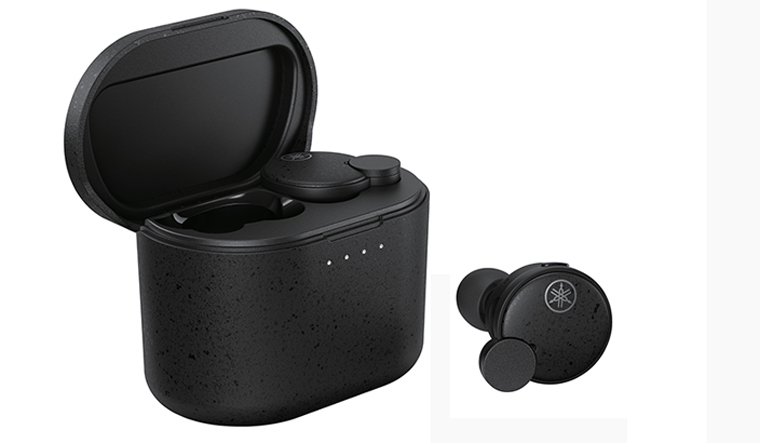 Yamaha’s TW-E7B is the company’s flagship true wireless earbuds that are priced at Rs. 24,200, and compete with a lot of heavyweights of the TWS space, including the Apple AirPods Pro, Sennheiser Momentum True Wireless 3 and Sony WF-1000XM4. Let’s try and check if the paid is worth that price tag or not.

Design and fit: The TW-E7B are circular in shape with a rather chunky design and build. Each earbud weighs just under 8grams and are noticeably bigger in size than more wireless earbuds launching these days. The charging case, especially, is quite bigger and perhaps not pocketable for most people on the go. The case has four little LEDs on the front to indicate battery level and a USB type C port on the back. The buds themselves are quite comfortable to wear and fit-in well enough to be used even when you’re not sitting still. After a couple of twists and turns when inserting them in your ear, the earbuds generally didn’t require any adjustments. The left earbud has a physical button on the top side for switching between noise cancelation and ambience mode while the right one has two for changing tracks, volume adjustment and for switching on your voice assistant oppose. The physical buttons are a noticeable change from touch controls that most of the other earbuds carry. What this resulted in is no accidental touches, especially while taking them off. The buttons require just enough pressure to make them satisfactory to use without hindering your experience of wearing the earbuds. There’s also a small LED on the outside on each earbud to indicate Bluetooth mode and charging, the mics sit inside. It’s IPX5 rated and should be okay for an odd splash, though Yamaha does have the slightly higher certification IPX7 water-resistance on its other model.

Audio quality: The TW-E7B has support for Bluetooth 5.2 along with SBC, AAC and aptX. It sports 10mm drivers and come with active noise cancellation and ambient modes. The audio quality on the pair is generally satisfactory. The TW-E7B handles upper to mid bass nicely without much hinderance and gives a clean and detailed output for vocals and acoustics. You wouldn’t be missing out on details for most genres here, but what you might miss here is a good ANC experience. The earbuds don’t quite do justice with cutting out on external noise. Most of the times, there seems to be nearly just as much noise falling in as with ANC switched off. Compared to pretty much any high-end TWS today with ANC, the Yamaha TWE7B pales behind in delivering a performance that sufficiently cuts out on noise whether you’re using the pair outdoors or indoors. Latency on this Yamaha pair is on the lower side, which is something a lot of manufacturers miss out on. Mics on these are pretty decent, with sound on the other end coming clear, though not the loudest.

Battery life and other stuff: The TW-E7B lasted close to 6 hours on one go that’s in line with what the company claims. Add 16 hours or so that, the battery life on this thing isn’t anything to be disappointed about. You get a short USB A to C cable in the box and extra ear tips of different sizes along with it. The case and buds take nearly 3 hours to charge in full. The pair supports Fast Pair on Android (Swift Pair for Windows is missing) and showed no connectivity issues throughout the usage. You can use Yamaha’s Headphones Control app (on Android and iOS) to try different EQ presets or create one of your own, or to update the earbuds’ firmware. There’s in-ear detection and it worked nearly every single time when removing the earbuds to pause or placing them back to resume playback. Oh, and you can use one earbud at a time, too, if needed.

Verdict: The Yamaha TX-E7B offer a lot of good stuff—mainly solid audio quality, good design and snuggly fit plus good battery life. They do miss on the ANC performance and that puts a little question mark on that price of it, especially considering the competition today. If Yamaha offers these somewhere under 18k (already 20k deals around), and can improve on the ANC performance with a firmware update, the TW-E7B would be worth considering, especially for those that prefer clear and detailed audio on their wireless earbuds with a design that can stand out from the crowd.