Should you buy it? Here’s everything to consider 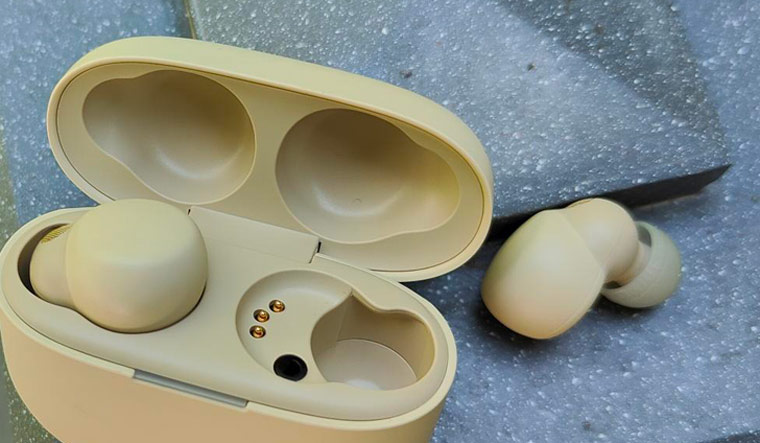 Sony has just launched its new pair of true wireless earbuds (TWS) in India called the Sony WFLS900N, which are priced at Rs. 13,990 (including Rs. 3,000 cashback for the introductory price) The pair lies somewhere between Sony’s original LinkBuds and the 1000XM4, which are Sony’s flagship true wireless earbuds. Let’s see what this pair offers and if it worth that price tag or not.

Design: The Sony WF-LS900N (Sony also calls with the LinkBuds S in other markets) follows a beanlike design that weigh under 5 grams each and have a non-glossy design that doesn’t attract smudges too much too quickly on the Beige model that I tried. The buds fit in really well in ears and rarely required any adjustment while commuting with. That’s perhaps the best part about this pair is how well it fits it with the silicon eartip fitting in snugly, of course it can vary a lot for you, depending on your ear size and shape. These are IPX4 rated so should be okay for random splashes and spills, but we have seen IPX7 rated buds, which provide a little more protection from water, in this segment. On the outside, you can notice big mics, while the inside part has the magnetic pins. The charging case weighs about 35 grams and features an indicator light on the front for charging, a USB type C port alongside a physical button located on the back to put the buds into pairing mode. I didn’t notice much jarring when wearing the buds for longer periods, and could consider it for a long day of use due to its comfort and fit.

Audio quality: The buds have 5mm drivers with support for Bluetooth 5.2 profile, and AAC, SBC as well as LDAC audio codecs. The sealed external design on the buds certainly helps with to deliver a fuller output compared to the original LinkBuds, which had an open-ear design. These buds have accurate upper mids while somewhat struggles to provide a similar accuracy with higher frequency sounds. Expect them to deliver a relatively consistent quality for most genres. I noticed bass to be on the higher side though not too high while vocals are handled satisfactorily on pretty much all occasions. Would recommend you try Sony’s Headphones app to tweak EQ settings (alongside other options) to your liking. The mics on this Sony pair are just about okay, in my opinion. When indoors, they offer decent and clear sound but outdoors and in slightly noisy environment, they often had tinny output and the person on the other side did not get a loud enough sound at times. The noisecancelling on these buds doesn’t disappoint. I wouldn’t quite put it up with the 1000XM4, but they do a fine job of handling low to mid-high pitch noises, while higher pitch noises can get through. For most use cases while commuting, the ANC doesn’t disappoint. The tap controls on the buds are usually dependable though you might take a few tries getting used to how hard or soft you have to tap on the buds.

Battery life and other tidbits: The WF-LS900N lasted around 5.5 hours on a single charge and added 12-13 hours or so with the charging case, which isn’t hugely different from what the company claims. The case doesn’t support wireless induction charging or any impressive fast charging, though Sony mentions 1-hour of playback with 5 minutes of charging, but it seemed closer to 40 minutes in my experience. A full charge took about 2 hours in one go. You get different eartips in the box along with a short USB type C to A cable.

Verdict: The Sony WF-LS900N are a fairly well-rounded par if headphones that doesn’t bring a whole lot newness to the table but do a good enough job on most fronts. They are up against a lot of worthy competitors from the likes of Bose, Oppo, OnePlus and Sennheiser, even Sony themselves has its offerings in the price range. While they aren’t the best sounding pair (though not bad, either),

they do have their strengths in comfort and fit.