While benefits from display and build quality, the downsides are heat and fan noise 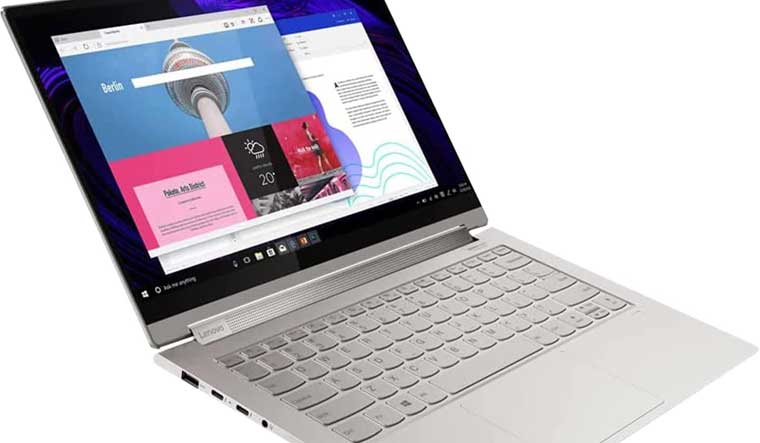 Lenovo’s Yoga 9i is a 2-in-1 convertible that is a full-fledged laptop that also swivels to become a touch-enabled machine. At a base price tag of Rs. 1,30,600, let’s see what works well and what doesn’t for this Windows 11 laptop.

Display: The convertible features a 14-inch (2880x1800) OLED with a 16:10 aspect ratio. The display swivels nearly 360 degrees to close in on the back of the keyboard to be used via touch. The display quality here is really top-notch, for both viewing videos and images. For content creators, a 16:10 aspect ratio display is often preferred, so that’s covered, too. The display has vivid and sharp colours with deep blacks and does a good job of handling most multimedia output. There’s support for HDR and Dolby Vision, and I could try the HDR mode only, which is handled with decent contrast and brightness maintained. Touch response, too, is satisfactory. It does not have the quickest touch response seen on a laptop today, but it still does a decent enough job to not be a bottleneck when you’re using the machine in the converted mode.

Keyboard and trackpad: The notebook features a backlit keyboard with an extra set of function keys for functions such as performance boost and smart appearance for webcam effects. The keys have good feedback and are comfortable to type on for long and continuous usage, though some people may find its travel a little less than expected. The trackpad next to it is large and does a good job of tracking your taps and gestures with multiple fingers.

Build quality: Another thing I liked about the Yoga 9i is how well the build is. There’s hardly any flex throughout the aluminium body despite it being a convertible. The hinge and speaker setup are nicely done, with no creeks or loose part sounds at any time. I liked its champagne-like colour that Lenovo officially calls oatmeal, though the extra paint applied on the cutouts for ports could have been a little more subtle.

Performance and Windows experience: The notebook boasts an i7-1280 chipset with the highest clock speed of 4.8Ghz along with Integrated Intel Iris Xe Graphics and 16GB of soldered LPDDR5 RAM. The Yoga 9i can handle most day-to-day tasks and even video processing is decent but not great considering the GPU in place.

The Windows 11 OS comes with some extra bloatware that gives a lot of unnecessary notifications such as the McAfee upgrade notification, Lenovo Vantage. You are better off uninstalling them if you don’t want to use them any time.

Another thing I noticed was, the laptop went to sleep despite changing the default settings in Windows. As a result, it kept on pausing background tasks when no button is pressed for 3 minutes, despite selecting a much higher limit in the Windows 11 settings along with battery-saving mode turned off. Several reboots later, it got the settings correct at last, but this isn’t something you accept from a high-end laptop today. I haven’t seen this particular bug on any Windows 11 laptop recently, so can’t say it’s an OS-only issue, but it seems it’s more to do with this very model.

Another issue I had was heat and fan noise. Even with just three tabs open in a Web browser and having a music player on, the laptop produced a lot of heat and the fan was pushed to its limits producing a lot of noise that you wouldn’t normally expect with such a workload, this happened quite regularly, too.

PS: I didn’t get a compatible charger with the notebook for Indian plugs, so couldn’t check the charging speed for the bundled charger, but all three USB type C ports can be used for charging such as the 125watt charger that Motorola provides with its edge 30 ultras in the box (that I used, too).

The Lenovo Yoga 9i has a lot of upsides that are high—display and build quality—while having some serious downsides that go really low— heat, fan noise and regular software bugs. The laptop seems to perform really well in the hardware department while lagging due to some software issues plaguing regular day-to-day tasks frequently. Until Lenovo can fix these reproducible bugs, this notebook seems a bit hard to recommend despite its convertible qualities.