OnePlus’ Nord 2T is an upgrade to Nord 2 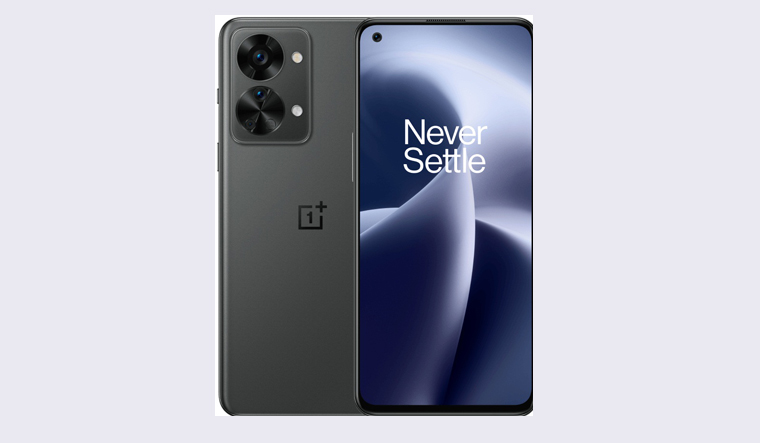 OnePlus’ Nord 2T is an upgrade to Nord 2, which had its fair share of unfortunate cases of catching fire due to battery and thermal in place, though it got way more eyeballs and sensation online compared to how many times it happened. Let’s see if the Nord 2T does a good job of erasing that episode.

The Nord 2T goes up on the Nord 2 in two departments -- chipset and battery. First things first, the phone doesn’t heat too much, even with charging the phone for a while, using hotspot it barely heated up. Only when used for recording 1080p videos outdoors did it heat up a bit after 30-40 minutes of continues usage.

The phone weighs under 200 grams and has a smooth glass on the back. It feels nice and premium to hold, but isn’t too slippery at the same time. The Power/lock button sit on the right side alongside the alert slider; while the volume buttons are on the left side. The buttons don’t feel cheap at all and require a hard press to register a tap on them. The bottom houses the primary mic, USB type C port, loudspeakers and SIM card tray. The top only has the secondary mic. The back houses the triple camera system on a slightly elevated rectangular piece, with the OnePlus branding in the middle on the back. The front of the phone can catch smudges unlike the back that remains relatively cleaner on the Gray Shadow model that I used.

The phone sports a 6.4-inch 2400x1080 AMOLED display with a Gorilla Glass 5 on top. The AMOLED comes with a 90Hz refresh rate and HDR10+ support. The display is sharp and bright for outdoor use.

It isn’t set to extra saturated colours as we sometimes see from the likes of Samsung and Vivo but it’s still punchy enough out of the box. It handles high resolution videos and images more than well enough, though HDR10+ output could be a little better on terms of high contrast but it isn’t bad initself.

Coming to the cameras, the phone sports a 50 MP (f/1.8) main camera, an 8MP (f/2.2) ultrawide camera and a 2MP (f/2.2) mono. The IMX766 main camera on the device takes really nice and detailed shots. It can handle night shots somewhat okay too. OnePlus has some AI photography modes, which are worth trying every once in a while, depending on your subject and light condition.

At times, the AI mode does make the output too artificial and sort of unusable. The phone can take 4k videos at 30FPS and 1080p at 30 and 60FPS, and this is where OnePlus seems to have improved.

The device is powered by MediaTek’s 1300 Dimensity chipset along with 12GB of LPDDR4 RAM. It runs on OxygenOS 12.1 based on Android 12 with the June security patch. The phone’s performance in terms of daily tasks, switching between apps, watching high resolution videos and going back and forth to recording a video is top notch. The only place where I found the phone to show some glitch is every now and then, scrolling up and down within an app (even in Settings) showed a little bit of jarring effect, looking closely and with 90Hz refresh rate it becomes apparent that the phone is trying to catch up in scrolling inside that app. Though this was a minor issue and it didn’t happen often. Otherwise, OxygenOS performs well and keeps up with your tasks. In terms of additions and changes, the OS doesn’t have any big differences that its predecessor. A lot of customization options theming, font, etc. are still very much in place. I did notice apps in the background having to resume and processes getting killed for battery saving by default, which OnePlus had addressed earlier. So, for some apps that you use most, you might want to manually switch off battery optimization from Settings, since it OxygenOS at times can be a little aggressive to save battery. Also, there’s no auto refresh mode for the display, meaning you have to choose between 60Hz and 90Hz.

The Nord 2T boasts a 4,500 mAh battery unit and comes with a 80watt SuperVooc charger (instead of 65watt Warp charger with the Nord 2) in the box. The device lasted almost a day more often than not. Using it with 30% brightness, on WiFi, it lasts about 24 hours, but with heavy use, hotpot and 4G LTE always on, you would have to charge it in 15-16 hours for sure. It charges from 1% to full in about 30 minutes or so, which is pretty fast.

The loudspeakers on the bottom and front are not the loudest but they are still decent. We have seen better sounding speakers for movies and games from OnePlus but these ones aren’t that great.

They aren’t so bad but you might be missing on a bit of a punchy output that you’re looking for. In terms of network reception, GPS performance and call quality, the Nord 2T doesn’t disappoint ot show any glitches. The phone supports sveral 5G bands but, again, there’s no way to try or test any of it.

All in all, with a base price tag of Rs. 28,999 and going up to Rs. 33,999, the OnePlus Nord 2T 5G proves it’s one up over the Nord 2 with better thermals in place and no major heating issues in most of the use cases. The phone has a solid camera, great display, decent battery life, performance is not the best but still par. Looking at the competition, the Poco F4, realme GT NEO 2 and even the iQOO

Neo 6 are compelling offerings around Rs. 30,000 among Android phones today, so if you want a clean user interface, dependable camera and fast charging, the Nord 2T is worth checking, but otherwise, these devices mentioned could be higher in your consideration list.