Chauri Chaura has been a deliberately overlooked chapter in our history 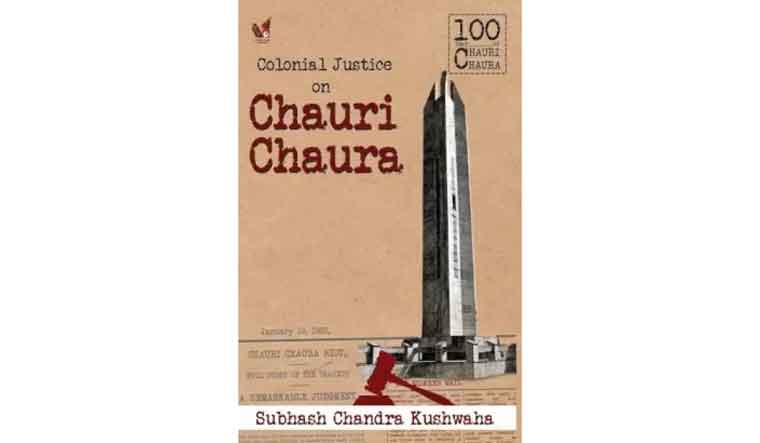 In a year of unprecedented shows of patriotism, Subhash Chandra Kushwaha’s book Colonial Justice on Chauri Chaura is perhaps one of the most relevant books to be published.

This is Kushwaha’s second book on the subject. The first, English translation being, Chauri Chaura Revolt and Freedom Struggle (the Hindi book was out in 2014 and its translation in 2021). While the first dwelt on how a neglected incident of our freedom struggle was planned and its aftermath, his second book delves into archival material on the incident.

Chauri Chaura has been a neglected and deliberately overlooked chapter in our history. Despite it being the reason for the Non-Cooperation Movement being called off, it has merited no more than a sentence and a half in most history books. The only other writer who has penned a fascinating account of the incident and of how ‘approvers’ were made is Shahid Amin whose Event, Metaphor, Memory: Chauri Chaura was published in 1925.

Yet, in the last year Chauri Chaura became political currency. The revolt of the little people—mostly poor peasants of the humbler castes—was sought to be reclaimed and refurbished by the government as part of the Azadi Ka Amrit Mahotsav celebrations. This when, many of the names of the martyrs at the Chauri Chaura memorial are also faulty and the dates on which 19 freedom fighters were hanged are lost.

Kushwaha’s first book shone a light on many of these lapses. For instance, the hangings took place at different dates in different jails and not on one date as previous material had noted.

Kushwaha’s biggest strength is his persistence. Hence in the current book he presents a wealth of archival material which he has accessed even from overseas to give a glimpse into how the powers of the day perceived the event.

One of the most fascinating reads in the book is the chapter titled, ‘Story of the Chauri Chaura Revolt: In Judge Theodore Piggot’s Words’. Piggot was the High Court judge who handed out the sentences. He was presented with a case from the Sessions Court that had condemned 170 peasants to death.

That Piggot must have been deeply conflicted by the sentence which came up to him is borne out by his words, ‘…the widest possible amnesty must be extended to their (the leaders and organisers) deluded followers, coupled with earnest investigation of the grievances, whether real or imaginary, which had roused them to action’.

The action being referred to is the burning of a police thana on February 4, 1922 wherein 22 policemen and village guards were killed. In another chapter of the book which reproduces the High Court’s verdict, one notes that despite the despicable reputation that the peasants of Chauri Chaura achieved, there was just cause for the sequence of events. The verdict reads, ‘…If their (the volunteers) resolution had failed them and they had scattered, after suffering a number of casualties from the muskets of the Police, the fact that they carried no weapons would no doubt have been used to support a story of the wanton massacre of peaceful demonstrations by the agents of a ruthless Government’. But of course, the volunteers did not disperse for they had cause to believe that the police would harm them, and hence the tragedy that followed.

Other vital documents reproduced in the book include the verdict of the Sessions Court and international reaction, the appeal in the High Court and the debates in the House of Commons (UK).

The appendix of Kushwaha’s book has two pages of thumb impressions of the martyrs of Chauri Chaura. It is a numbing sight. Just as numbing as the certificates of death of executions.

Kushwaha’s book must be read with its predecessor. Both are important books that shed light on an almost forgotten incident which led to huge repercussions on the course of the freedom struggle. It is also important as it brings to us the many unsung, unknown heroes of our struggle for independence. They came from the weakest, poorest sections of society and hence their stories have not merited much attention- except of course when political exigencies demanded that the story of the ‘little people’ be appropriated for electoral gains.

Kushwaha deserves praise for his persistence and expansive research. His books on Chauri Chaura are a valuable contribution to understanding the true nature of this country’s fight for independence.