'Our India': This collection of Captain Gopinath's essays is eminently readable 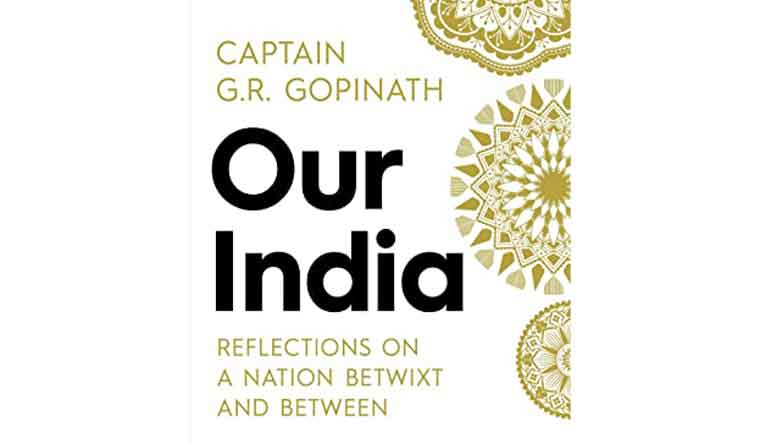 “My grandmother told me once, if you have to hit someone with a chappal, wrap it in a shawl,” says Captain G.R. Gopinath. “I've actually wrapped a fine pashmina shawl!” he quips.

The man who pioneered low-cost aviation in the country with Áir Deccan then adds seriously, “You should criticise, but also admire the good things.''

By now, the good captain must have mastered the art of saying exactly what he wants without ruffling feathers. Not only is the book Our India his second collection of essays, his long years of serial entrepreneurship where he's brushed shoulders with the high and mighty should stand him in good stead.

Luckily, that has not stifled his innate sense of asking the right questions, in the most lucid manner possible. “The most difficult thing to achieve is simplicity in writing,”he says, adding, “like bureaucrats, who can make even the simplest thing complex.”

While bureaucrats are at the receiving end of Gopinath's pen, their political masters rightly take the lion's share. The essays are those Gopinath contributed to various magazines and newspapers over the past three years, and touch upon topics ranging from China relations to Tata to GST to the pandemic.

“I wove it with my personal experiences, what I have seen of business people, villagers, people I have talked to plus my own experiences,”he says about the book. “Every article has a personal anecdote.”

Beside his utterly unputdownable recounting of the agonising days when he sold off Air Deccan (disguised for some strange reason as a take on the Air India sell-off), Gopinath is at his incisive best when he talks about politics and Indian society – and the dramatic changes sweeping through both. From being posted at the nation's borders in the army to running businesses from aviation to agritech and even dabbling in politics for a while, his sense of passion and objectivity form a uniquely dextrous combination, and they come through by posing the right questions and calling out the wrong answers.

The book is divided into four parts—enterprise (on business), society and governance (on courts and social flux), politics (from China to intolerance) and musings (primarily personality recounting as well as feature highlights). The best part is that the essays are short, crisp and eminently readable.

Interestingly, though they were written in the backdrop of a particular event or issue for a periodical, they don't appear dated at all. Instead, with the value of hindsight, they form an opinionated, and incisive, 360-degree viewpoint on the whole issue.

Our India: Reflections on a Nation Betwixt and Between